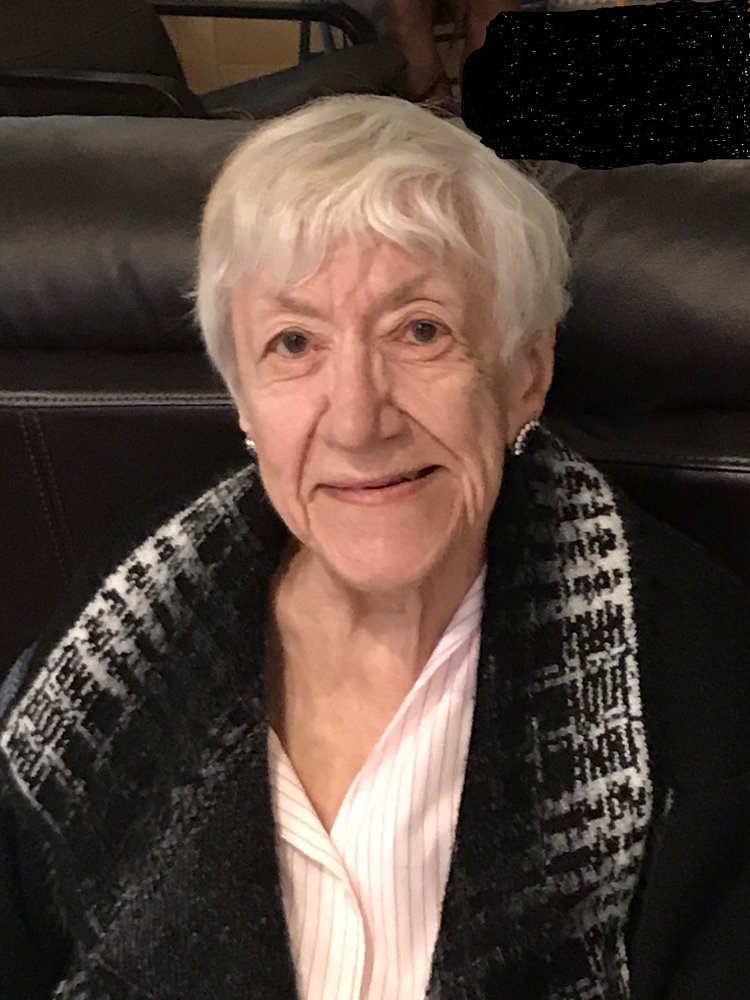 9:00 am
Adams-Green Funeral Home
721 Elden St
Herndon, Virginia, United States
As per CDC guidelines, only 10 people (family) may gather for the funeral. We will be livestreaming the funeral as it occurs.

As per CDC guidelines, the funeral will be attended by family only. A livestream broadcast of the service will be available here.  In lieu of flowers, please see instructions in the obituary.

Born October 7, 1927, Marie nee Della Sala was given the middle name Carmela to honor her twin sister, who did not survive. Marie grew up in Brooklyn, New York, with three sisters—Fannie, Louise and Gloria--and one brother, Jimmy. Throughout her life, Marie shared memories of her loving parents, Gennaro and Lucia, who immigrated to Brooklyn from their hometowns in Italy. The family never had much money, Marie would recall, but they had a lot of fun! Her favorite recollections were of summer days spent on nearby Coney Island.

After graduating from high school and working in shoe and garment factories, Marie decided that she’d like to be a seamstress. In 1950, she met Sebastian Vincent Romano at a tailoring and design school in Brooklyn. Love took hold, and on June 20, 1953, Marie and “Babe” were joined in marriage. Marie, 25, was absolutely stunning in a magnificent gown that she worked with her godmother to design and sew. Soon after their honeymoon, the newlyweds started a business in their small Gates Ave. apartment. Marie Romano became a dressmaker, specializing in bridal gowns.

As chronicled in the book, “The Bridal Dressmaker from Brooklyn: The Marie Romano Story,” Marie had an extraordinary career that spanned six decades. The book pays tribute to “that wonderful woman who did so very much as a wife, mother, grandmother, friend and dressmaker, Marie Carmela Della Sala Romano. You inspired so many people and touched countless hearts while bringing tremendous love and talent to every role.” Written by Marie’s daughter Geraldine in 2019, the book is the result of many generous contributions of stories and photos from Marie’s customers, friends and family members, especially her daughter Lucy Ann and son, Sebastian.

With three toddlers by 1959, Marie and Babe bought a house in North Bellmore, a new community in central Long Island. Working long days most of her life, Marie, of course, still somehow made plenty of time for her children, her husband, her beloved poodle, Boogi, and her cooking! She was unmatchable in the kitchen—her Italian feasts will never be forgotten by the many friends and family members who sat at her dinner table.

Once their children were grown and had settled in northern Virginia, Marie and Babe followed. They loved living within minutes of their expanding family, and for the rest of their lives, Marie and Babe were surrounded by children, grandchildren and great-grandchildren. Marie and Babe carried to Virginia their love for music; both had always enjoyed dancing and singing. Marie lost her dance partner on January 30, 1999. She continued singing many lovely old tunes well into her 90s—one of her favorites was “I Could Have Danced All Night.”

Marie is survived by her son, Sebastian Vincent Romano (Diane) and her daughters, Lucy Ann Gerland (John) and Geraldine Romano (Jeff Altman); by her grandchildren, Kathryn Reynolds (Skyler), Christopher Romano, Mary Alice Gerland and Carl Gerland; by her great-grandchildren, Charlie and Henry Romano and Oliver and Payton Reynolds; and by her sister, Gloria Belligerante, and her brother, Jimmy Della Sala. In lieu of flowers, memorial contributions may be madeto Shriners Hospital for Children PO Box 1525 Ranson, WV 25438 or FACETS (facetscares.org)

Share Your Memory of
Marie
Upload Your Memory View All Memories
Be the first to upload a memory!