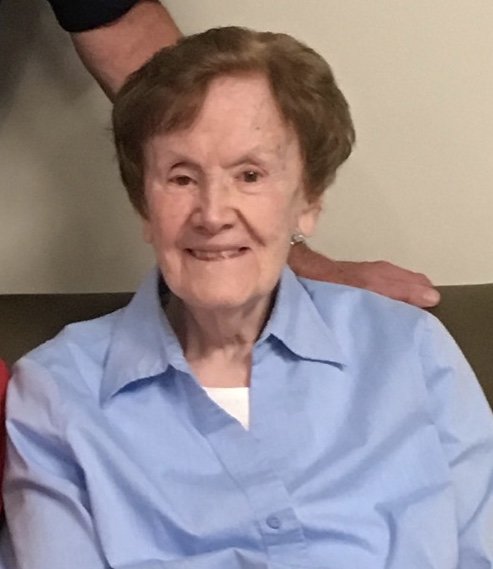 Passed away peacefully in her 94th year.  A first generation Irish American born in Brooklyn, New York to Mary Quinn and Patrick Toner.  She attended St Augustine’s Grammar School and St Joseph’s High School in Brooklyn. She is predeceased by her husband Thomas J Williams, her sisters Helen and Veronica as well as her brothers, John, James and Francis.

Mary loved her family which included her son Jerry Williams and daughter in law Helen Williams, her daughter Mary Ellen Klimuszko and her son in law Joseph Klimuszko.  She especially loved her time with her grandchildren Eileen Williams, Tommy Williams, Kyle Klimuszko, Kara Klimuszko and Collin Klimuszko.  She was a great storyteller and would captivate her grandchildren for hours with her stories and songs, even made them taped recordings. The family was blessed to see her dance to “New York, New York” with her great grandson Aden Williams. Mary had many nieces and nephews.  When her family could not reach her on the phone for hours at a time they knew she was having one of her long conversations with her niece, Linda Krakower.

Mary was a good friend to many people.  She was always writing cards, making telephones calls or buying someone a Lotto ticket to raise their sprits. She was noted for acts of kindness and compassion.

Mary was a proud Irish American, but she was especially proud of being born and raised in Brooklyn, NY.  She loved music and having a good time.  She truly was part of the “Greatest Generation”.  While in high school she saw her three brothers go off to fight in World War II, she beat breast cancer when she was 40 years old and was the wife of a New York City Police Officer during the turbulent 1960s.

Her stories, her jokes, and her wisdom will be missed, but she imparted many good things in her family that will live on in generations come.