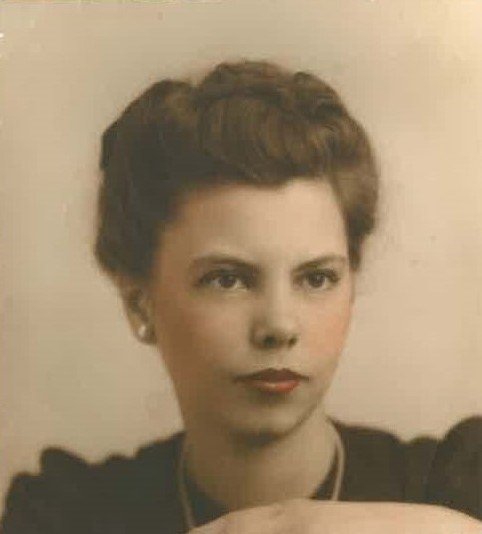 Longtime Herndon resident, Eunice Frances Towery, 96, died at Reston Hospital on June 1, 2020, after a brief illness.  A private service will be held on June 8th, at St. James Catholic Church in Falls Church, with internment at Chestnut Grove Cemetery in Herndon.

Eunice was born in Quick, West Virginia on December 14, 1923 to Braxton Louis Lipscomb and Effie Lewis Kinder Lipscomb.  Her family settled in Teays, West Virginia when she was a young girl.  After graduating from Hurricane High School in 1941, she moved to Washington and worked for the War Department.  In 1945, she married Owen B. Towery, Jr. of Plantersville, Mississippi.  During the early years of their marriage, they lived in Washington, Memphis, Hickory North Carolina, and Huntington West Virginia.  They moved to Arlington in 1958 and, in 1963 settled in Herndon.  Eunice loved her family, traveling, and working in her gardens, where she could be found at any time of the day.  Eunice was an active member of St. Joseph’s Catholic Church in Herndon.

Share Your Memory of
Eunice
Upload Your Memory View All Memories
Be the first to upload a memory!