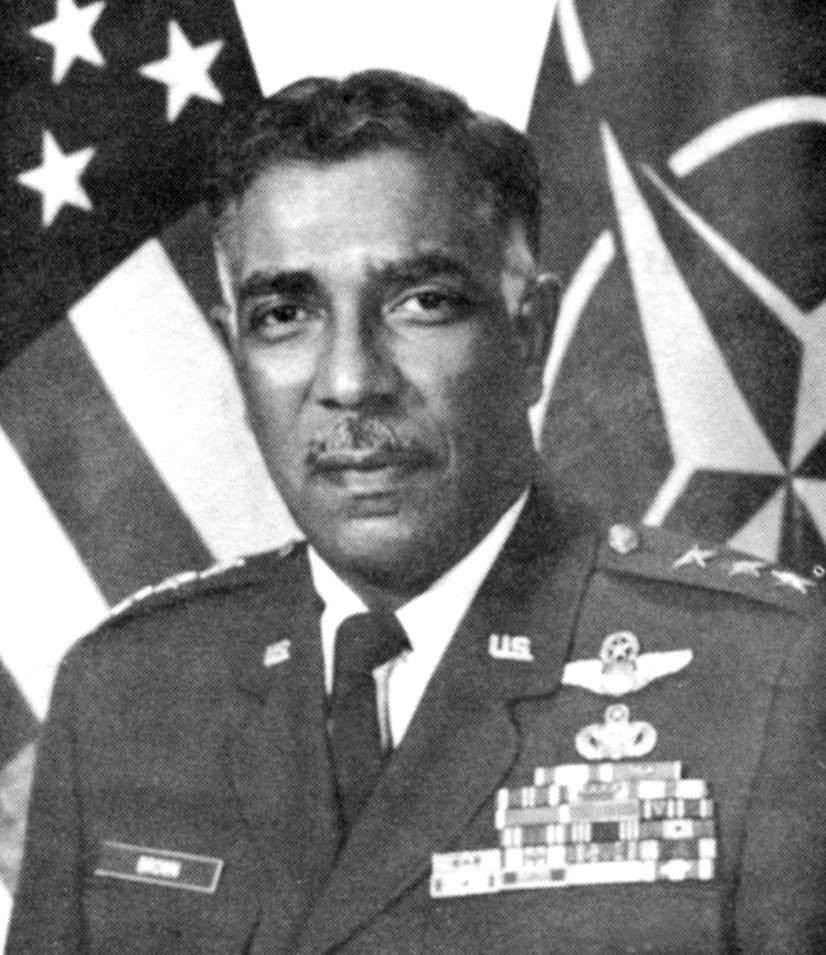 Earl attended Penn State University, graduating with a Bachelor of Science degree in 1949. Planning to go to medical school, he found employment at Harlem Hospital. While working at Harlem Hospital, he met Gloria Henry and they were married in 1954.

Earl joined the Air Force and was commissioned in 1951, after pilot training. From 1952 to 1970, he served in fighter aircraft squadrons and staff billets. He flew the F86 Sabre Jet on 125 combat missions in Korea in the mid '50s, and another 100 in the F4 Phantom II Jet from Thailand in '66 and '69, during the Vietnam conflict. His later assignments comprise an impressive list of command tours and staff positions of increasing importance with Air Force units and Air Force bases headquartered in the U.S. and Europe.  In most, Earl was the first officer of color to be promoted to those assignments.  He assumed command of the 17th Air Force in Germany in 1980, was promoted to lieutenant general in 1982, and became Commander of Allied Air Forces Southern Europe and Deputy Commander-in-Chief U.S. Air Forces in Europe, for the Southern Area, headquartered in Naples. He retired from active duty in 1984.

His noteworthy postgraduate credentials include systems management study at the University of Southern California, the Harvard Business School's advanced management program, the Armed Forces Staff College, and the Industrial College of the Armed Forces. In 1981, he received a Distinguished Alumni Award from Penn State, the University's highest order of recognition given by the university.

After retiring, Earl consulted for a few years, then spent 15 years as a ski instructor at Ski Liberty, near Gettysburg. Skiing was his greatest passion surpassed only by his love of flying. The entire Brown family are avid skiers. He also had great love for chess and music, and in his earlier years he often played guitar for his friends and family.

Earl is survived by his loving wife of 66 years, Gloria; also, daughter Nancy Turner and her husband, son-in-law Tim Turner, his son Lou Brown, and son Bill Brown; also, grand-daughter Ally Turner, and grandson’s Logan Turner and Cody Turner. As well, his sister Joyce Fannin of Teaneck, NJ, and many more nephews, nieces and cousins from the Fannin Family of Teaneck, NJ and the Henry Family of Plainfield, NJ.

Services at  Arlington National Cemetery will begin 3:00pm on Thursday, January 6, 2021. Guests should plan to meet in the assigned staging lane at the Administration Building 30 minutes prior to service time.

In lieu of flowers, the family requests donations to The United Negro College Fund https://uncf.org/

Share Your Memory of
Lt. General William Earl
Upload Your Memory View All Memories
Be the first to upload a memory!
Share A Memory
Send Flowers
Plant a Tree