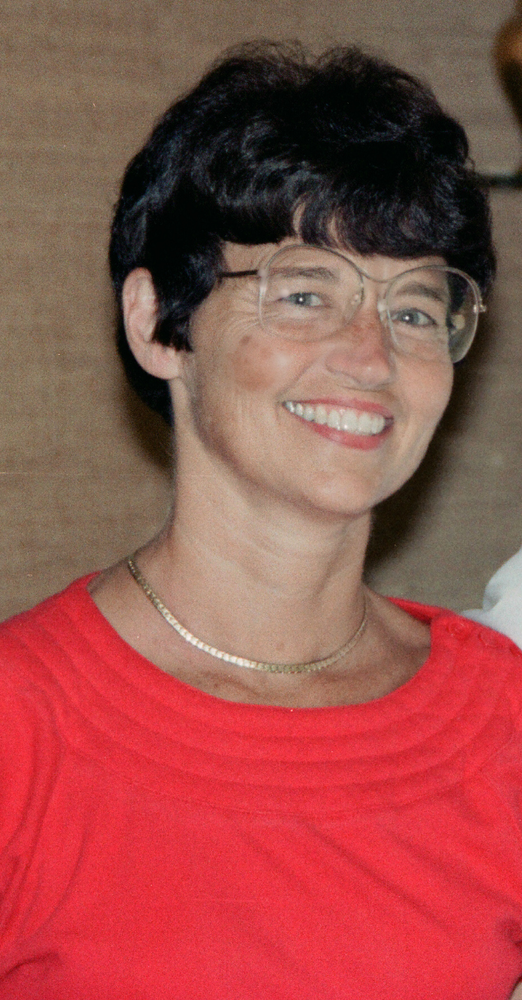 Gertrude Leonhardt Gray died peacefully during the early hours of July 15, 2020 from Lymphoma.

Gert, as she liked to be called, was born February 22nd, 1937 in Norfolk, Virginia to Lillian and Henry Leonhardt.  Gert grew up in Norfolk with her older siblings Henry and Lill and graduated from Norview High School in 1955.  She met the love of her life, Don Gray, through church when she was a teenager, marrying him when she reached 18 years of age.   They enjoyed their years living in Norfolk surrounded by family, neighbors and church friends, forging friendships that would last a lifetime.  During this time, they had their only child, Donald Gray.

They moved to Huntington, West Virginia in 1964 due to Don’s work and resided there until Donald graduated from high school.  During this time Gert worked as a bookkeeper, treasurer, and part owner of Mutual Wholesalers in Huntington.  Gert’s high standards and hard work ethic made her a valuable employee wherever she went and carried through all aspects of her life.  During this time, Gert was diagnosed with, and successfully treated for, uterine cancer.

In 1976 Gert and Don moved to Fairfax, Virginia due to Don’s work where they both ended up working for, and retiring from, AT&T.  They moved full time to Lake Anna, Virginia where they built a home and enjoyed their retirement together.  They also bought a house in Fort Myers, Florida and became “snowbirds” enjoying the Virginia countryside in the summer and warm Florida living in the winter.  During this time, they had two much anticipated and highly loved granddaughters, Michelle and Caroline.

Gert and Don remained very religious throughout their married lives, always serving at whatever church they attended.  They taught Sunday school, held camps for teenagers, and volunteered wherever they were needed.  The Church was their rock, their strength and their comfort in hard times.

After Gert lost the love of her life to colon cancer in 1999, she remained active in both Virginia and Florida until 2008, when she moved full time to Fort Myers. She spent time each summer catching up with old friends and playing with her grandchildren.  While Gert never fully recovered from losing her Don, she remained very active with golf, swimming, bike trips to Europe and tennis.  She was always present for all of the important milestones in her grandchildren’s lives, from Christmas, birthdays, family vacations, and graduations, to their weddings and birth of her great grandchildren.

Gert was a true “Leonhardt” in every sense of the word.  Its historic connotations include lions with the qualities brave and strong.  She was all of those things every day of her life, and fiercely loving, unendingly helpful and loyal, incredibly hard working, and deeply faithful.  She will be missed by so many.

Share Your Memory of
Gertrude
Upload Your Memory View All Memories
Be the first to upload a memory!
Share A Memory
Send Flowers