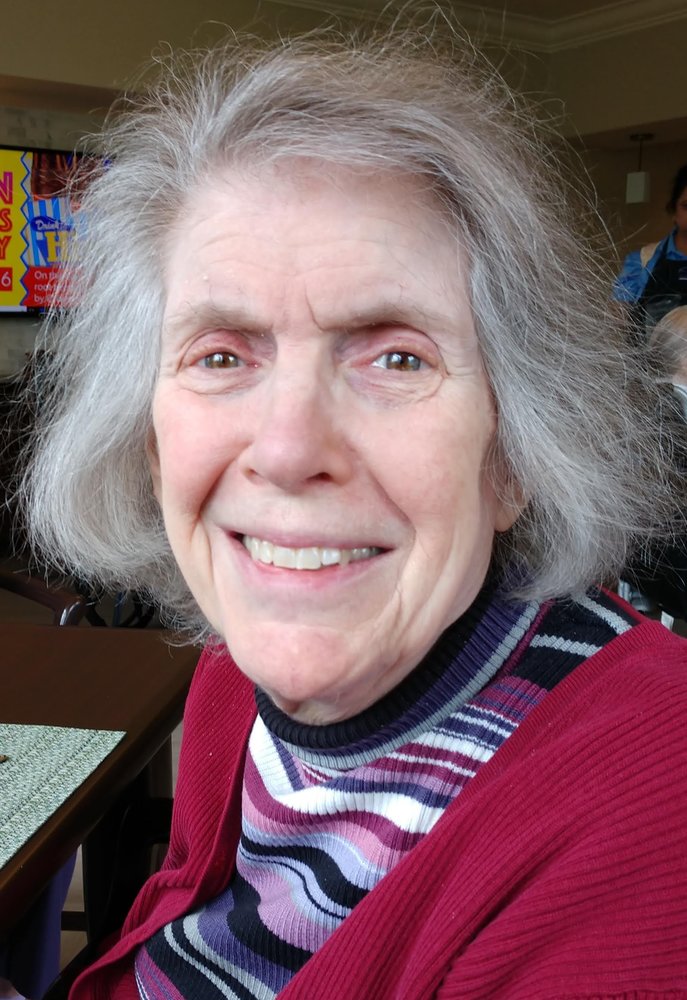 Obituary of Linda B. Samuels

Linda Berg Samuels left us on July 18, 2020 at the age of 77. She was a mother, a wife, and best friend of her husband of 51 years, 11 months, and 8 days. Linda is survived by her husband, Seymour, her daughters, Lisa-Anne and Kimberly and their husbands, two grandchildren, Sammy and Natalie, her brother, Steve, cousins, and countless friends whose lives she touched along the way. She loved to travel and to explore places, especially those featuring waterfalls, mountains, or castles.

Linda was born in Detroit, Michigan in 1943, the youngest child of Anne and Leon Berg. After World War II, the Berg family moved to Philadelphia, Pa, the family home. She graduated from the University of Pennsylvania and Temple University with degrees in Education and taught first grade in the Philadelphia public schools.

In 1968, a friend set Linda up on a blind date - a throw-away date designed to let Linda travel from Philadelphia to Petersburg, VA to see her friend. The guy would be transportation. Four hours into the date the guy (Seymour “Sam” Samuels) told Linda he was going to marry her, and she laughed – ridiculous! Six weeks later they were engaged, six weeks after that they were married, and six weeks after that Linda was in Germany ready to travel the world as an Army wife.

During her adventures as an Army wife, Linda lived and traveled throughout Europe and the United States, first chasing her husband then her two daughters, one born in Germany and the other in Alexandria, VA. The family lived in several states in the US and had multiple posts in Germany before settling in Northern Virginia. Linda always spearheaded adventures for her family along the way with road trips in the German countryside especially the mountains (“her mountains”), visits to museums, and adventures inspired by the books she and her children read together nightly. Linda made sure that when the family went to Paris, she took the family to see the Impressionist art exhibits, preparing her daughters to appreciate art and to see beauty everywhere.

After Sam retired from the Army, Linda studied hard to earn credentials in Accounting. She began her second career working with numbers. Linda eventually joined the same company as Sam where they worked for another 10 years. At lunch, they would walk around the company campus holding hands, which the younger employees thought was “cute.”

Linda’s sense of adventure outlasted the family’s time in the military. She and her husband thought the best thing in life was traveling together – driving across the country and playing the family game they invented in Germany - “Why Not!” As they drove, they would come to a cross roads where Linda would say “There is a National Park down there. Wanna go?” They both would look at each other and say “Why not!” adding excursions that would extend their trips by several hours or, in some cases, days. They also continued their international travels, visiting Italy, England, Ethiopia and Egypt among others along the way.

In 2015, Linda was diagnosed with Alzheimer’s Syndrome. When she could no longer live at home, her family moved Linda into a memory care unit close to the home she and Sam shared in Gainesville, VA. While there, she charmed the staff and residents who remember her for her wonderful smile and cheery disposition. As usual, making friends until the very end.

Linda was a bright light to her family and was with us too short a time. We miss her.

In lieu of flowers, please consider donating to The University of Pennsylvania Library (https://giving.apps.upenn.edu/find-fund?program=LIB&area=LIB) or The Alzheimer’s Association (www.alz.org) in her honor.

Share Your Memory of
Linda
Upload Your Memory View All Memories
Be the first to upload a memory!
Share A Memory
Send Flowers