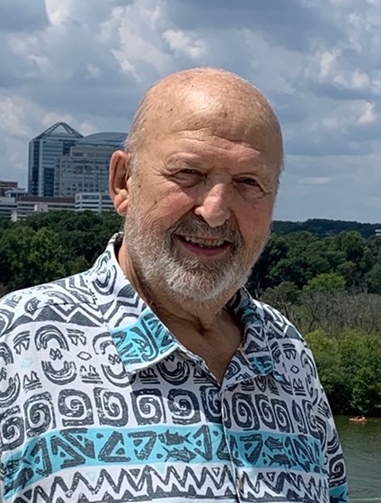 Gáspár Gregory Boelcskevy, longtime resident of Reston, Virginia, passed away on July 18, 2020 at the age of 78.

Gáspár was born in Gyongyos, Hungary to Soja (Jovanovich) Boelcskevy and Lazlo Boelcskevy on September 5, 1941.  His family fled Hungary and at the end of WWII were displaced persons in Bregenz, Austria.  He came to the US in 1950 with his mother, his grandmother, and his four brothers, András, Bálint, Bence and Lörinc, and for many years lived in Wheeling, West Virginia.

He went to Warwood High School and graduated in 1960.  He attended West Virginia University and went on to earn a degree in Psychology from Fairmont State University.  He participated in many varsity sports in high school and college.  He owned and operated Reston Moving for many years and was an original “Restonian”.

He enjoyed boating and for many years sailed his boat “Horizon” and participated in the Great Ocean Race from Annapolis to Bermuda in 1980 and 1982.  He later moved to power boating with “Sunday’s Duchess”.  He loved to ski and organized many trips as President of the Reston Ski Club and also enjoyed scuba diving in his early years.

Gáspár married his wife, Sharon, on September 29, 1990.  They have two children, Kristina Nicole and Alexander Gregory.  Gáspár’s passion became his family.  He loved all aspects of being a father and husband.  He loved participating in all of Kristina and Alexander’s many activities and interests and was so very proud of their accomplishments.   He enjoyed their many events such as soccer games, swim meets, Boy Scout adventures and introducing them to skiing and water activities to include boating, camping, traveling and more.  He loved his family - his brothers and their families and all of Sharon’s family who became his own.

Gáspár had a gregarious personality and knew no stranger.  He could not go into a grocery store (which he went into daily as he loved to cook) without seeing someone he knew or making a new acquaintance.

Gáspár Gregory Boelcskevy is survived by his wife, Sharon, and his two children, Kristina Nicole, of Greenville, SC, and Alexander Gregory, of Richmond, VA. He also leaves behind two brothers, Bence (and wife Eileen) and Lörinc (and Suzy), and niece Sonia; Mary Anne (wife of András) and their children Anna and Stephen; Diane and Mark Henderson (sister-in-law/brother-in-law), and their three children, Taylor, Grant and Lauren; and Barbara Trease (mother-in-law).  He was preceded in death by his brothers András and Bálint and sister-in-law, Susan.  All of his family were much loved by Gáspár and we all loved Gáspár.

Gáspár will be cremated, per his wishes, and the family will have a Celebration of Life later this year, close to when he would have celebrated his 30th wedding anniversary with Sharon.

For those who wish, donations can be made in his honor to Friends of the Fairfax County Animal Shelter at www.ffcas.org which supports the care of dogs as they have played an important role in his life.

Share Your Memory of
Gáspár
Upload Your Memory View All Memories
Be the first to upload a memory!
Share A Memory
Send Flowers