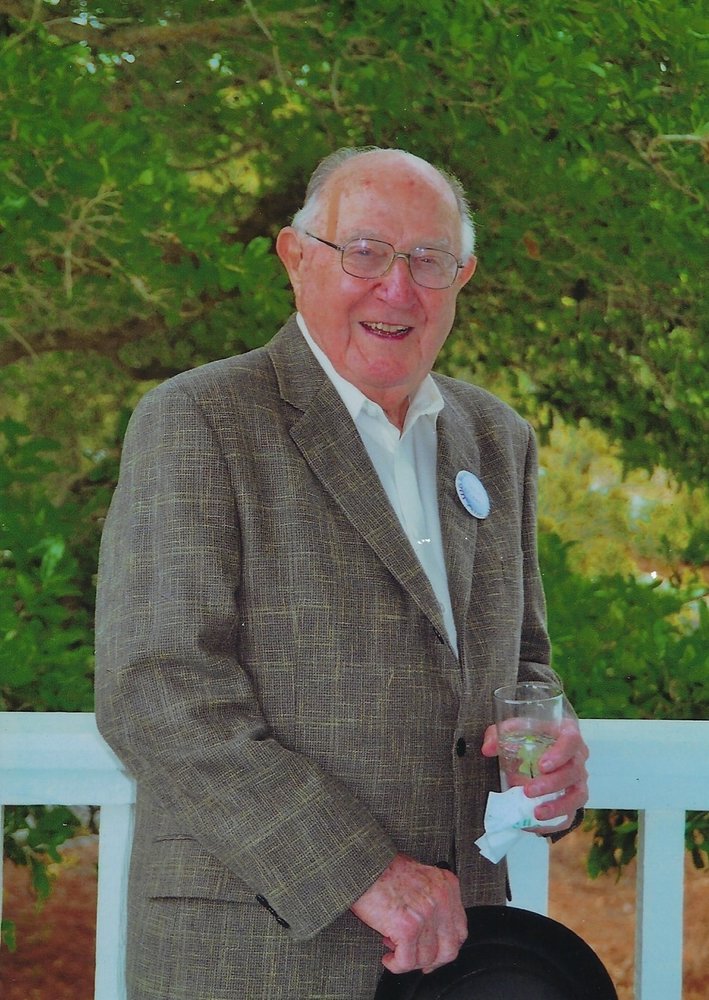 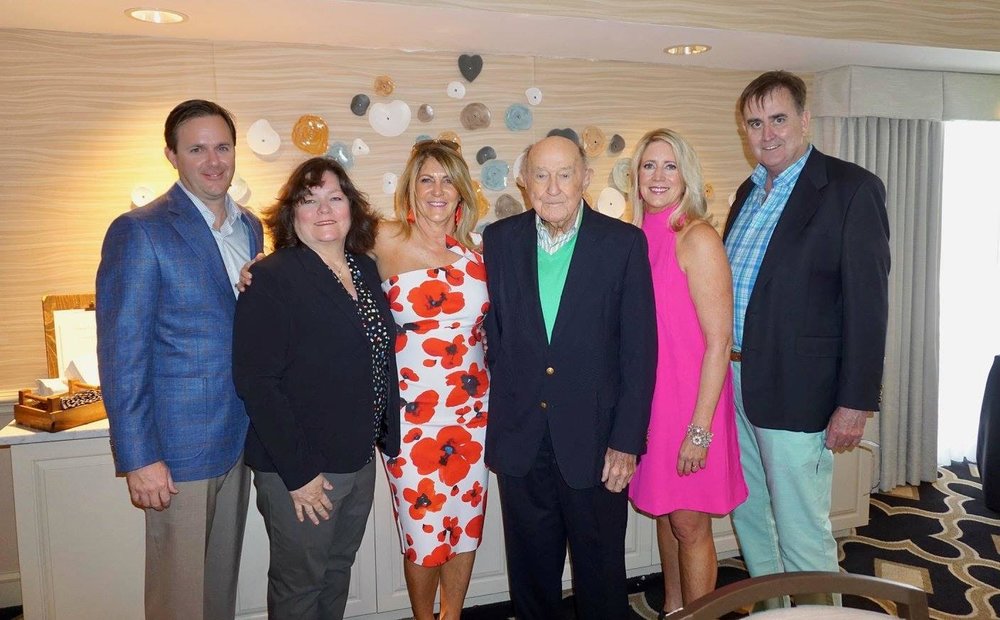 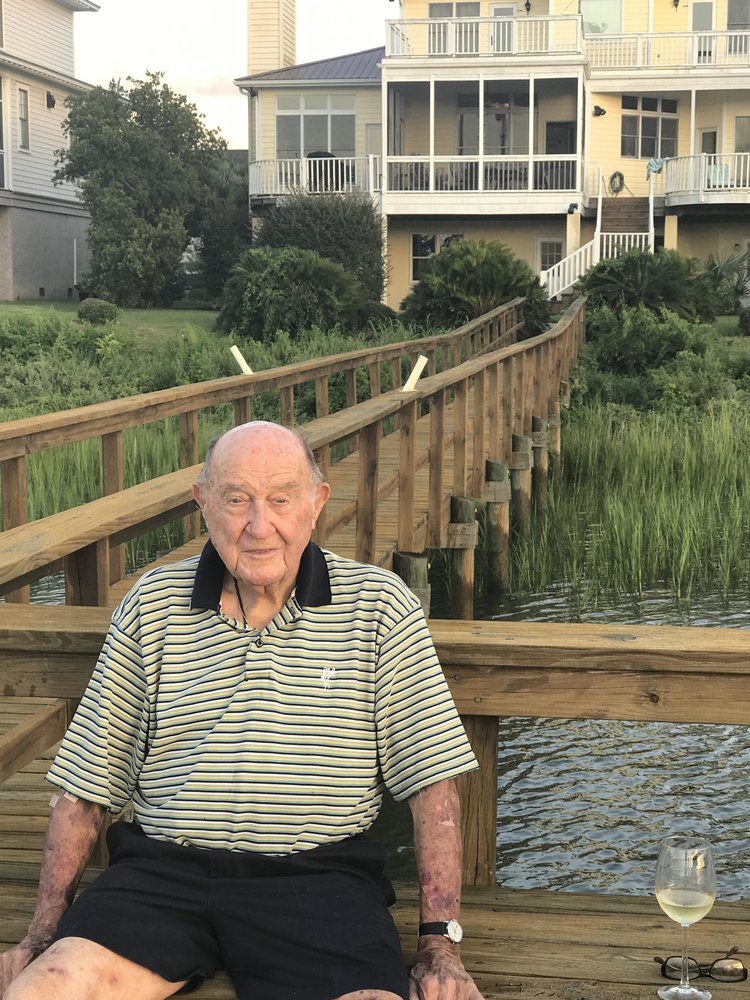 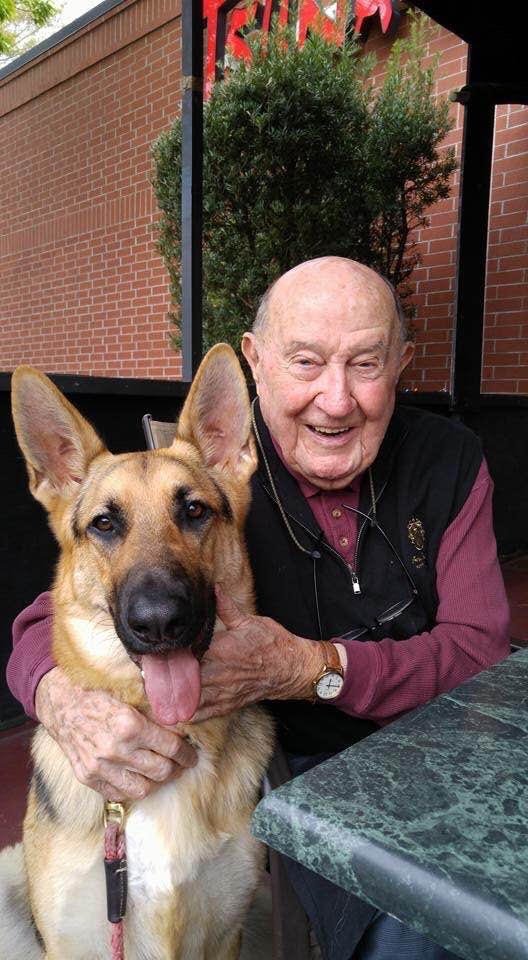 He was preceded in death in 2005 by his wife of 45 years, Therese Anne Clark O’Connell, an infant daughter, Jennifer Marie O’Connell, and his three brothers.

Dick was the son of the late John O’Connell and Ellen Hughes O’Connell.  He was born on March 25, 1928 in Lost Nation, Iowa.

A native of Lost Nation, he graduated from the local public schools where he was an  outstanding student and athlete.  He attended St. Ambrose College, Davenport, IA, and graduated from Iowa State University in 1949 with a B.S. in Poultry Science and was a member of Phi Kappa Theta fraternity.

At the beginning of the Korean War, he was drafted into the U.S. Army and assigned to an infantry division.  Of his decorations, which included a Bronze Star, he was proudest of the Combat Infantryman’s Badge which reflected his 157 days in combat.  After two years of service, he was honorably discharged as a Master Sergeant.

Dick spent forty years as a food trade association executive, including 20 years as President and CEO of the Chocolate Manufacturers Association and the American Cocoa Research Institute (1972 - 1992) as well as simultaneously serving 10 years as President and CEO of the National Confectioners Association (1982 - 1992) in McLean VA.  This earned him the affectionate nickname of ‘The Candyman’.  In addition, he held posts with two poultry trade associations and was the Corporate Secretary of the National Council of Farmer Cooperatives in Washington, D.C.

Following his marriage to Theresa Anne Clark on October 22, 1960, he and his wife moved to Fairfax City, VA from Kansas City, MO.  They retired to Isle of Palms, SC in 1992.

While in Fairfax, he was active with his family, supporting their educational and athletic pursuits.  He was also active in a variety of the city affairs.  He served on the Fairfax City School Board, and Planning Commission.  He was also president of the Mosby Woods Community Association, and its Recreation Association.

He belonged to a number of organizations including:  The University Club of New York, Wild Dunes Country Club, Veterans of Foreign Wars, and was a life member of the American Society of Association Executives.  He also served as president of the Wild Dunes Men’s Golf Association.

Dick was famous (or infamous) among his family for creating slogans to inspire his children and grandchildren.  Two were:  “If you can innovate, articulate, and motivate, the world is yours” and “If I become the most successful business man in history and my family becomes a burden on society, I’m not successful.”

Dick was a devout Roman Catholic and had a special devotion to the Virgin Mary.  His faith shaped the man, husband, father, friend, and neighbor.  His kindness, generosity, and joy for living drew people to him. For his 90th birthday party, over 100 friends attended.  He was loved deeply.

Dick was an incredible man who lived a long and full life.  He will be greatly missed, but his family and friends feel blessed that he was with them for so long.

In his memory, please consider a donation to one of Dick’s favorite charities:  Food for the Poor, Salesian Missions, Franciscan Fathers of the Atonement.