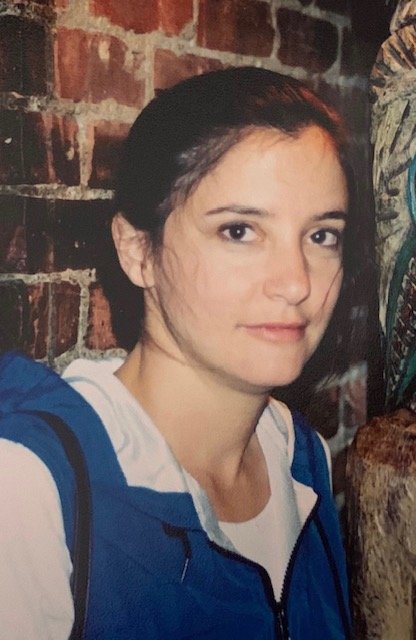 Lisa Marie Spring, 59, of Sterling, VA, passed away on Saturday, August 1, 2020, after a nearly six year battle with cancer. She was born August 31,1960 in Dayton, Ohio to Joseph James and Constance Marie (Hochwalt) Varley. She grew up in McLean, VA, and graduated with the class of 1979 from Langley High School. Lisa was the youngest of 10 siblings, hence her nickname, “Pup.”

Lisa shared two daughters with Darrell Oliver; Lauren Marie and Constance Leanne. She remarried Michael Spring III in 2001, with whom she shared her son, Michael Spring IV.  Lisa loved her children immensely and spoke to each of them several times a day.

Lisa had many past times - an avid reader, she was a wordsmith who 9.9 times out of ten, would sweep anyone who dared to challenge her in either Scrabble or Words With Friends. She had a fierce passion for dogs aka “poochies”; she spent countless hours networking for animal rescues and driving into the night searching for lost pets herself. The Washington Nationals had a Number 1 Fan in Lisa - whether it be in the stands, or on TV, she literally never missed a game - yes, literally.  She would rattle off statistics about players and teams effortlessly despite not always having a like minded audience, which didn’t bother her in the slightest.

Lisa was a free-spirited, patchouli-wearing ball of fun who would try anything once (with only a little convincing from Mike). From skydiving, to SCUBA diving, kayaking through the Everglades in alligator infested waters (in the pitch black), she loved getting that adrenaline rush and sharing the stories with her friends and family.  She also enjoyed the simpler things in life such as perfectly ripe watermelon, orange popsicles and anything lemon.  She was a foodie and though little, had an appetite larger than life. Though spontaneous, Lisa was a loyal employee to Turner Associates, Inc. for over 20 years.

Lisa is survived by her husband Michael Spring III, of Sterling, VA, her daughter Lauren Oliver (Blayne) of Fairview, MT, her daughter Connie Oliver (Nick), of Purcellville, VA, her son Michael Spring IV, of Sterling, VA, and her poochies Jackson and Nia. She also leaves behind her cherished grand babies, Brody, Piper, and Camryn. In addition to her immediate family, she is survived by her siblings: Joe, Connie (Terry), Peggy (Dennis), Pat, Mary, Terry (Gail), Tessie (Mike), and Annie, as well as numerous nieces, nephews, and a plethora of close friends.  The family would like to say Thank You to Mike Cottini, Lisa’s brother-in-law and one of her closest friends, for all his love and dedication throughout the years, especially during treatment.

She was preceded in death by her parents, Joe and Connie, sister Katie, and her beloved poochies, Piper and Willie.

In lieu of flowers, donations can be made to ASPCA.org

Share Your Memory of
Lisa
Upload Your Memory View All Memories
Be the first to upload a memory!
Share A Memory
Send Flowers