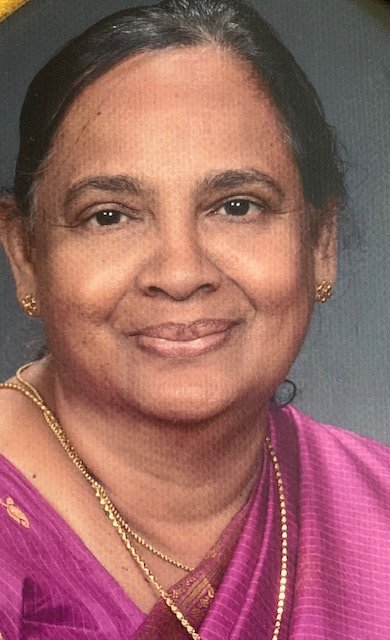 Born on March 1, 1937, she was the daughter of the late Lieutenant Colonel P.I. Jacob and Rachel Jacob, officers of the Salvation Army. She studied at the Women’s College, Trivandrum and later got her nursing degree from Catherine Booth Hospital and Nursing School, Nagercoil. She started her nursing career at Catherine Booth Hospital and went on to serve at the Railway Hospital in Gaya, Bihar. She got married to John (Kunjukutty) in 1965 and moved to New Delhi and worked at the Safdarjung Hospital. From there she went to Denmark and worked there for a year and then came to the United States in 1973. She worked as a registered nurse in Brooklyn, NY, and then moved to Fairfield, Connecticut. She retired from Bridgeport Hospital, Connecticut in 2000. Leelamma made it possible for many of her family members to settle in the U.S. She was a woman of great faith and started and ended her day with Bible reading and prayers.

She is survived by her husband Mr. John T. John, her son Dr. John Thatamanil and his wife Kate, her daughter Rachel Cherian and her husband Dennis, and her grandchildren Kate, Priya, and Moses.

In lieu of flowers, donations may be made to the Mar Thoma Church of Greater Washington, 322 Ethan Allen Ave, Takoma Park, MD.

A private funeral service will be held on Thursday, August 6, 2020 at the Adams Green Funeral Home in Herndon, VA.  Rev. Anu Oommen, Vicar of the Mar Thoma Church of Greater Washington, will officiate the service followed by burial at the Chestnut Grove Cemetery, in Herndon, VA.

Share Your Memory of
Leelamma
Upload Your Memory View All Memories
Be the first to upload a memory!
Share A Memory
Send Flowers