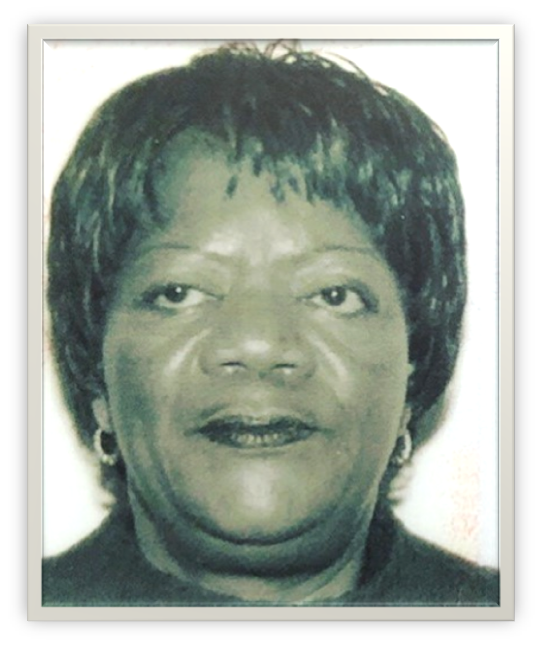 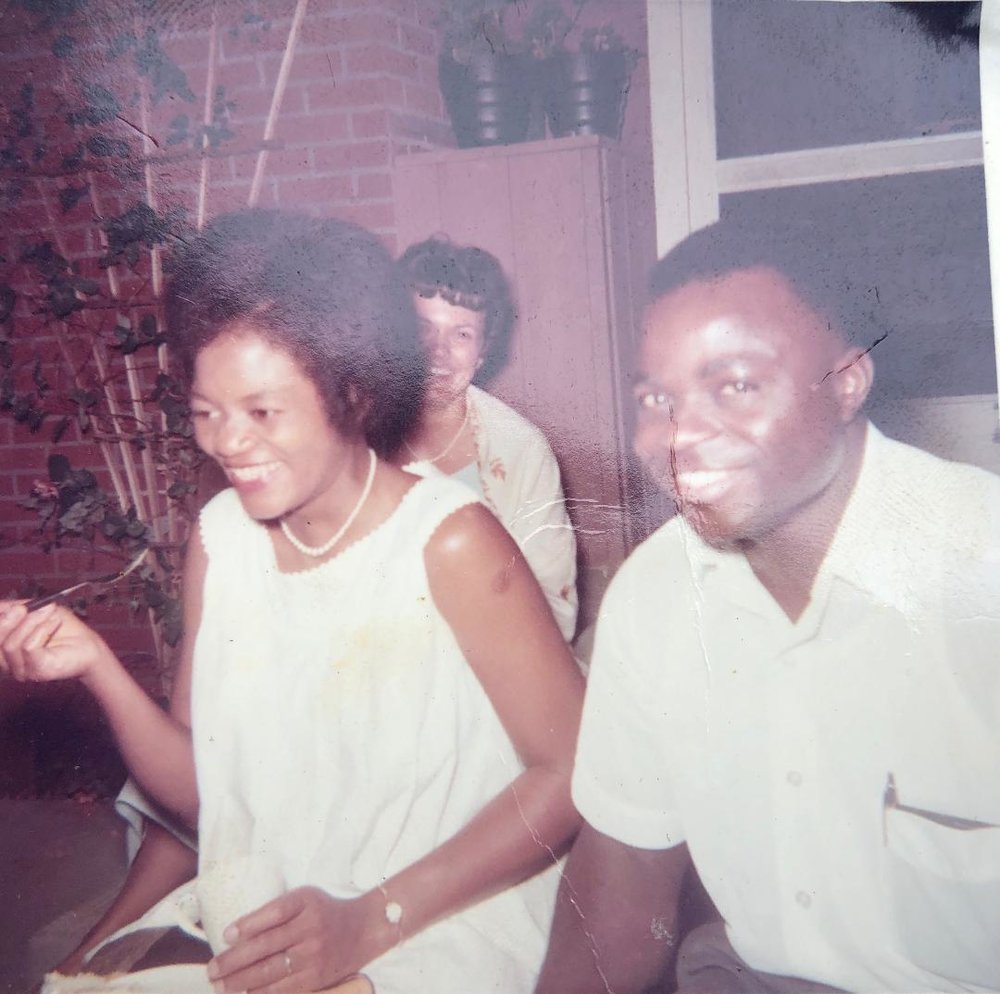 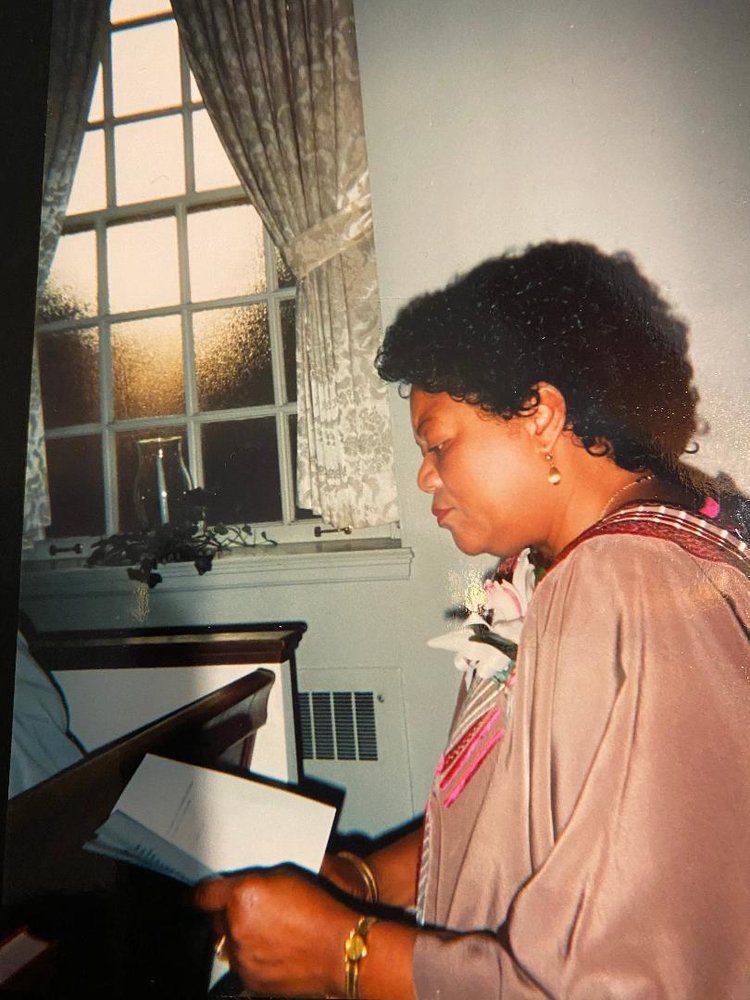 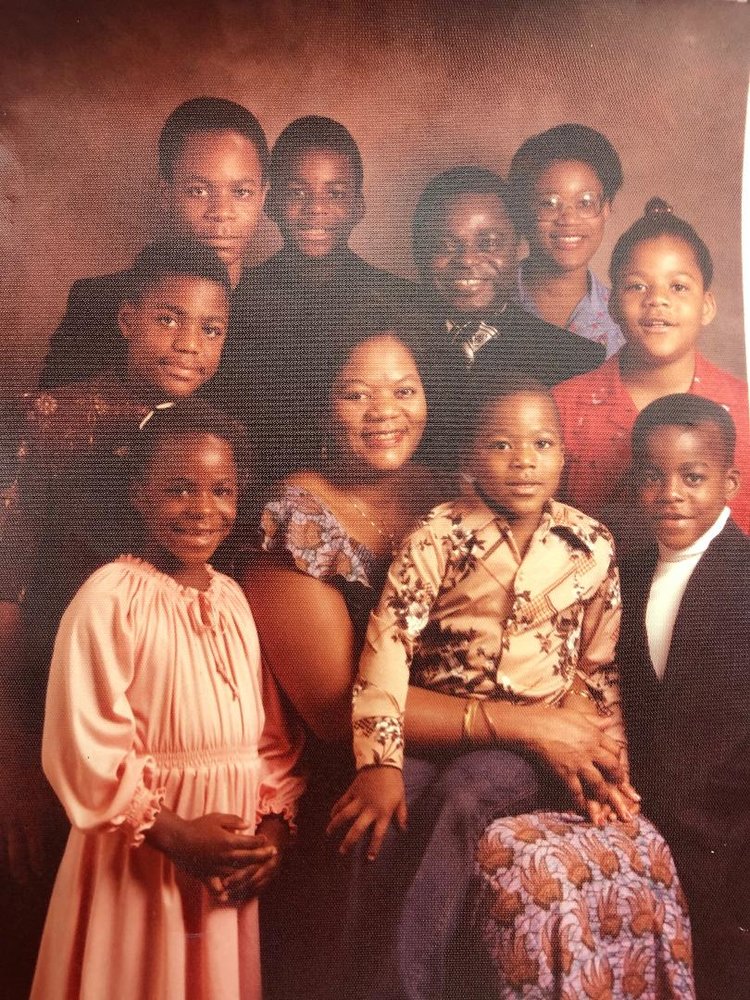 To view a livestream of the service please click on view service button above.

Bitshilualua “BK” Lumbamba Kalombo, 80, wife of the late Kalombo Lukusa of Herndon, Virginia, passed away on Wednesday, August 12, 2020.  She died at ManorCare in Arlington, Virginia after a long battle with dementia.

She was born on April 9, 1940 in the Belgian Congo, which became Zaire in 1960 and is now the Democratic Republic of the Congo.  She had eight children and her husband’s first name became her and their children’s last names as is customary in the Congo.  She immigrated with her family to the United States in 1979 and settled in Herndon, Virginia in 1983.  She eventually became a U.S. citizen.

She was a devoted mother to her children.  She stayed home to raise them while her husband pursued his career as a diplomat and served as Chargé D’Affaires in Congolese Embassies in the United States, the then-Soviet Union, and Canada.  She and her husband instilled strong values in their children, such as honoring God, respecting elders, treating people with dignity and kindness, working hard, and never quitting.  A devout Christian, she was present at the Baptist church every Sunday with her eight children in tow.

Bitshilualua was the supreme “Soccer Mom” who shepherded her children to sports and school activities.  She never missed their football, basketball, soccer and field hockey games and could be seen cheering them on in the stands.  Many of her children were gifted athletes and students who won athletic and academic scholarships to the University of North Carolina Chapel Hill, University of Miami, Columbia University and LaSalle University.  They went on to pursue careers in healthcare, fitness, financial, philanthropic and public sectors.

Bitshilualua loved cooking traditional Congolese and American cuisine and hosting parties.  She also enjoyed making clothes and was very fond of her Singer sewing machine.  She always made time for people and was there for weddings, births, graduations and other celebrations.  Whenever there was a loss or sorrow that affected someone in the Congolese community and among her friends, she always reached out by phone or in person to console and to pray.  She showed her love and devotion with her gracious, calming, caring, and wise presence and by cooking and bringing her beignets that were legendary.  She would wake up very early and spend hours on her feet, cooking the beignets and other food to bring to gatherings.

Aside from being a stay-at-home mother, she was a bank teller at the Herndon branch of Bank of America for decades.  After that, she was a school bus attendant for Fairfax County Public Schools, where she helped special needs and disabled children get to and from school.  When she retired, she and her friends created Groupe des Mamans, an informal Congolese women’s organization that raised money for charities in the United States and in the Congo.

In lieu of flowers, the family wishes to accept donations that will be distributed to U.S. and Congolese charities.  Please send donations via Venmo (@Tshanda-Kalombo), CashApp ($TshandaKalombo) or PayPal (www.paypal.me/BKalomboMemorial).

Due to the current situation with the pandemic, in addition to the funeral service on Friday, we will be having a larger Memorial service at a safer time when a larger group can gather. Thank you for understanding.

Share Your Memory of
Bitshilualua
Upload Your Memory View All Memories
Be the first to upload a memory!
Share A Memory
Send Flowers