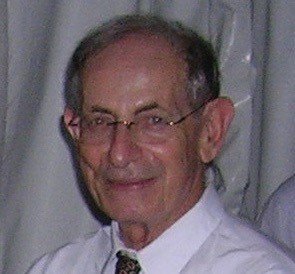 Robert Greenspan, age 82, passed away on August 31st, after suffering the ravages of Alzheimer’s disease for many, many years. He was born on September 29, 1937 in NYC, the second son of Mildred and Jack Greenspan.

After graduating from high school in New Rochelle, NY, Bob received a B.A. from Williams College in 1960, followed by an LL.B with honors from Columbia Law School in 1963. Following law school, he entered into basic training for the National Guard, where he continued for many years as a reservist. He became an assistant professor of law at the University of Pittsburgh School of Law, where he taught for several years and then took a leave to obtain an LL.M. at Yale Law School. He returned to teach at Pitt and then took a position as a visiting Professor of Law at the University of Illinois College of Law. He left teaching to come to Washington, DC to join the Office of General Counsel of the Department of Housing and Urban Development. Shortly thereafter, he became an attorney in the Appellate Section of the Civil Division of the Department of Justice, where he spent most of his legal career. He prepared briefs and argued cases on behalf of the government for US Circuit Courts of Appeal and reviewed briefs and other legal documents for the US. Supreme Court.

Bob also derived great pleasure from acting in community theater performances and had roles in many plays throughout the years, often for the McLean Community Players. His favorite roles were in Shakespeare’s plays; he also had an affinity for Neil Simon’s plays. He was particularly sought after for his renditions of humorous characters who could make the audience burst into laughter.

Bob was a voracious reader and lover of classical music and could always be found with a book in hand and music playing in the background. One of his greatest pleasures was to make people laugh, and after talking with people, he would always leave a smile on their face. On family vacations, he had a magical way of creating situations where everyone was in stitches, doubled over in laughter.

Bob is survived by his wife of 57 years, Connie Handler Greenspan, whom he met when they were both college students. His older brother, Jerry, passed away in 2019. He leaves behind his sister-in-law, Dorothy Greenspan, two children, Ruth McDonald (Tom) and David Greenspan (Sloan) and five beloved grandchildren - Sarah and Joe McDonald and Jack, Andrew and Ellie Greenspan.

The family would like to thank their relatives, friends and neighbors for their compassionate support throughout Bob’s illness. They also would like to express their appreciation to the many wonderful caregivers who lovingly cared for Bob throughout his long illness. Contributions can be made to the Alzheimer’s Association. (www.alz.org)