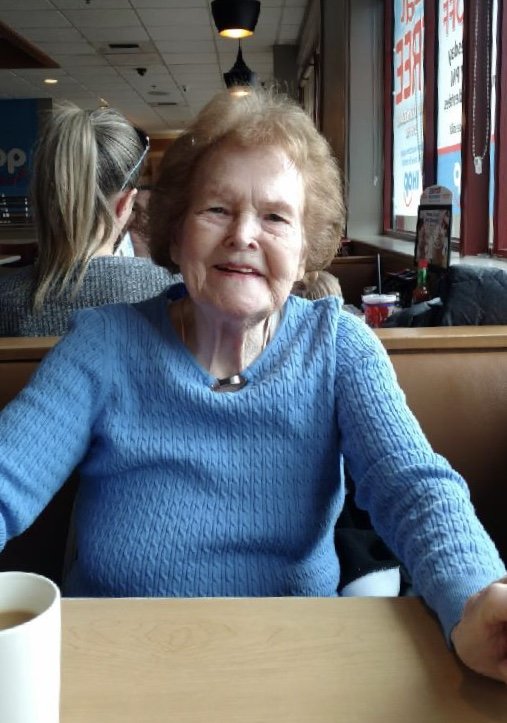 Obituary of Virginia May Nicholson

Virginia May Nicholson, 90, departed this life on Monday, September 7, 2020 to the arms of her loving Savior.

Virginia, was born on January 2, 1930 in Potomac, Maryland to the late Charles Bynaker and the late Clara M. Roof Bynaker.   In addition to her parents, she was preceded in death by her husband, Howard M. Nicholson; daughter, Doris A. Weiss; siblings, Mary Hummer, Nellie Conklin, Charles Bynaker and John Bynaker; grandchildren, Kevin Anderson and Jason Howard Miller.

Virginia’s parents divorced early in her childhood and later her mother, Clara, married Clyde Vanpatten, whom Virginia called her father.  They resided in the Great Falls / Dranesville area.

Virginia, better known as Ginny, was introduced to the love of her life, Howard M. Nicholson at the early age of 15 and married at the age of 16 just prior to him being drafted.   Together they raised four children and celebrated 65 years of marriage until his passing on April 18, 2011.

Ginny’s love of people was very evident by her success in Real Estate. She won many awards and certificates and was top producer many times.   She loved to go with dad as he played the guitar or other instruments and they were often requested to sing together at jam sessions, churches, nursing homes and other social gatherings. We believe that as she entered Heaven she could hear dad in the background singing one of their favorite songs, “I’ll meet you in the morning.”

A private graveside service will be held at Sterling Cemetery officiated by Pastor Kawika Server and Pastor Andreas Armstrong.

In lieu of flowers, memorial donations may be made to St. Jude’s Children’s Hospital or your local SPCA in Virginia M. Nicholson’s name as she loved animals, especially her dog, Skippy.

Share Your Memory of
Virginia
Upload Your Memory View All Memories
Be the first to upload a memory!
Share A Memory
Send Flowers