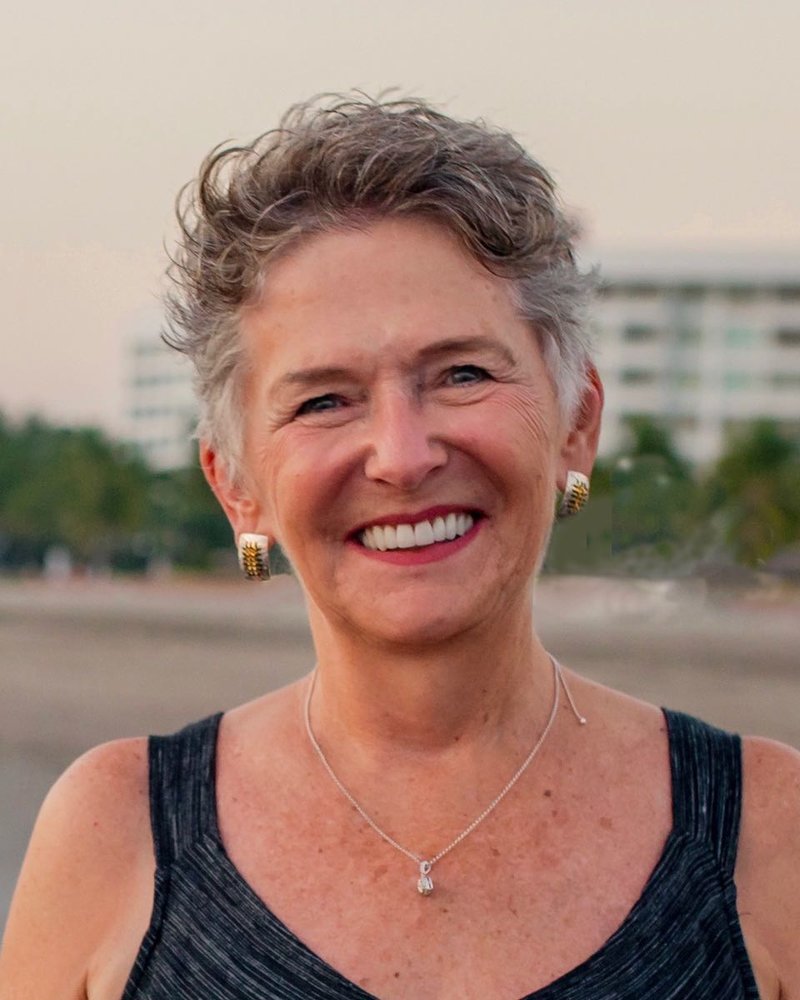 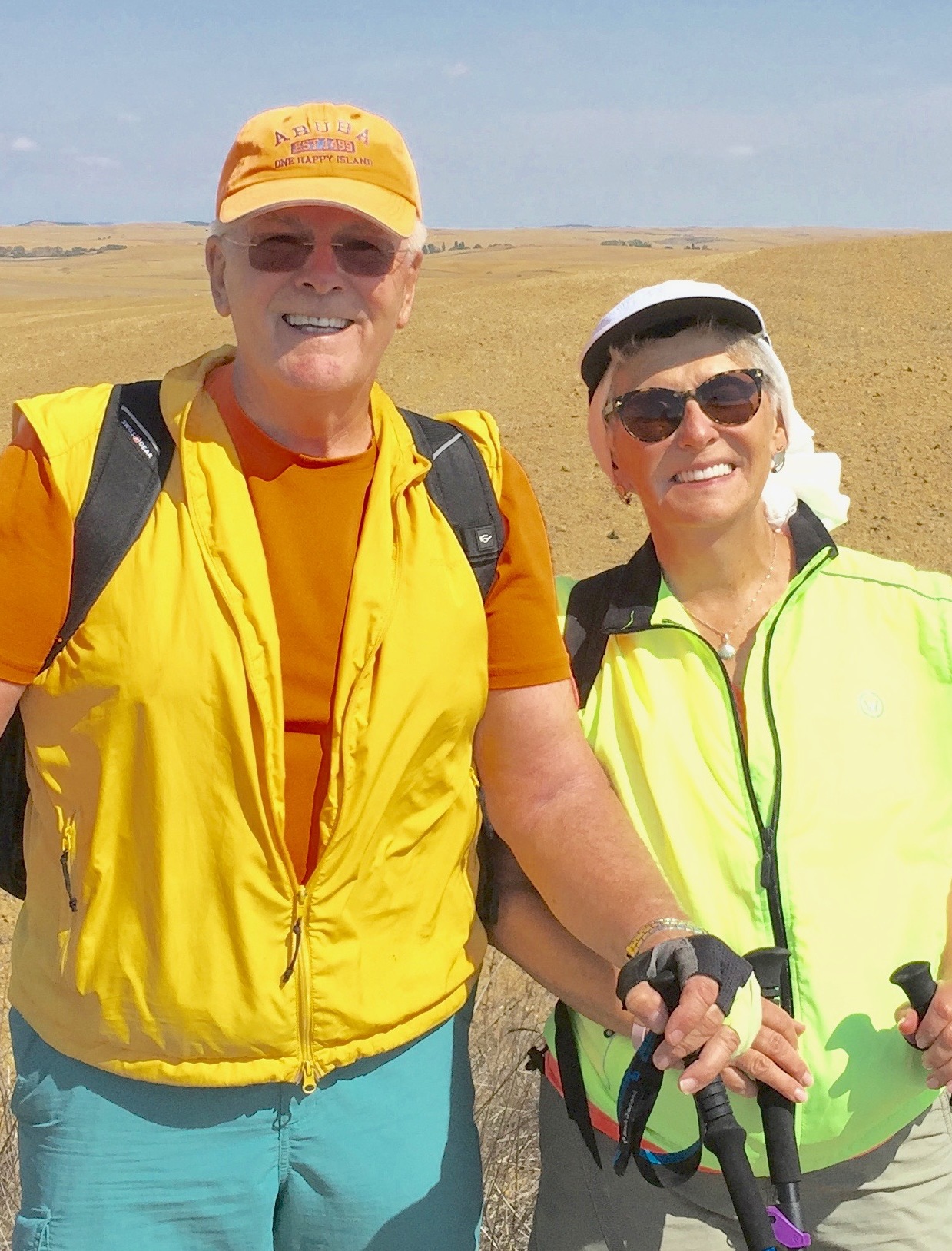 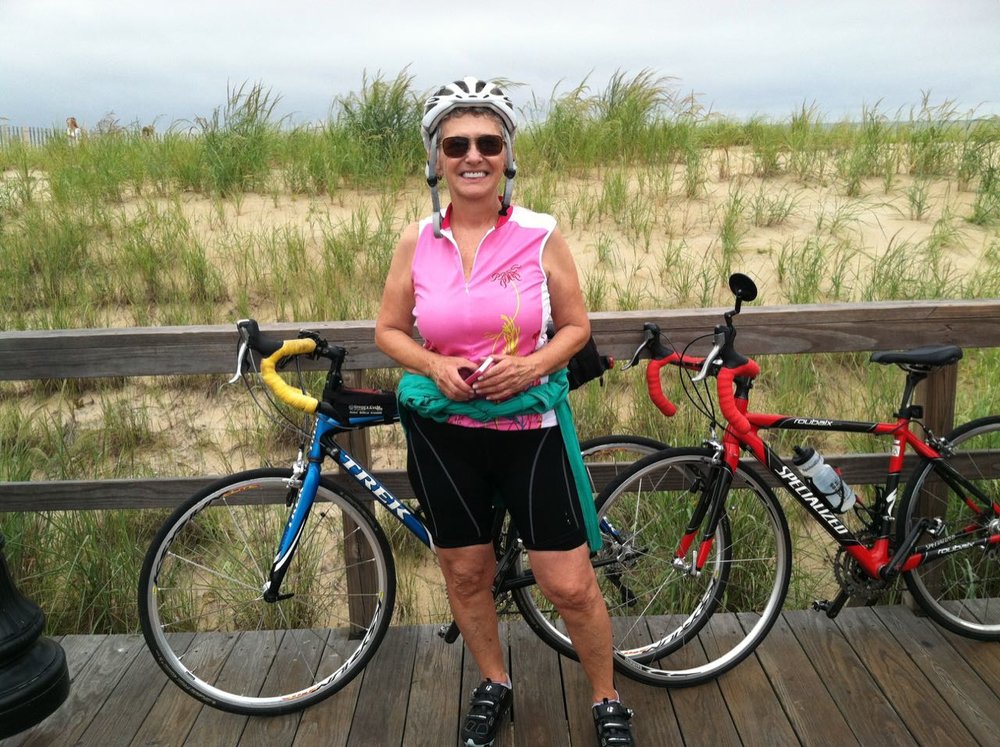 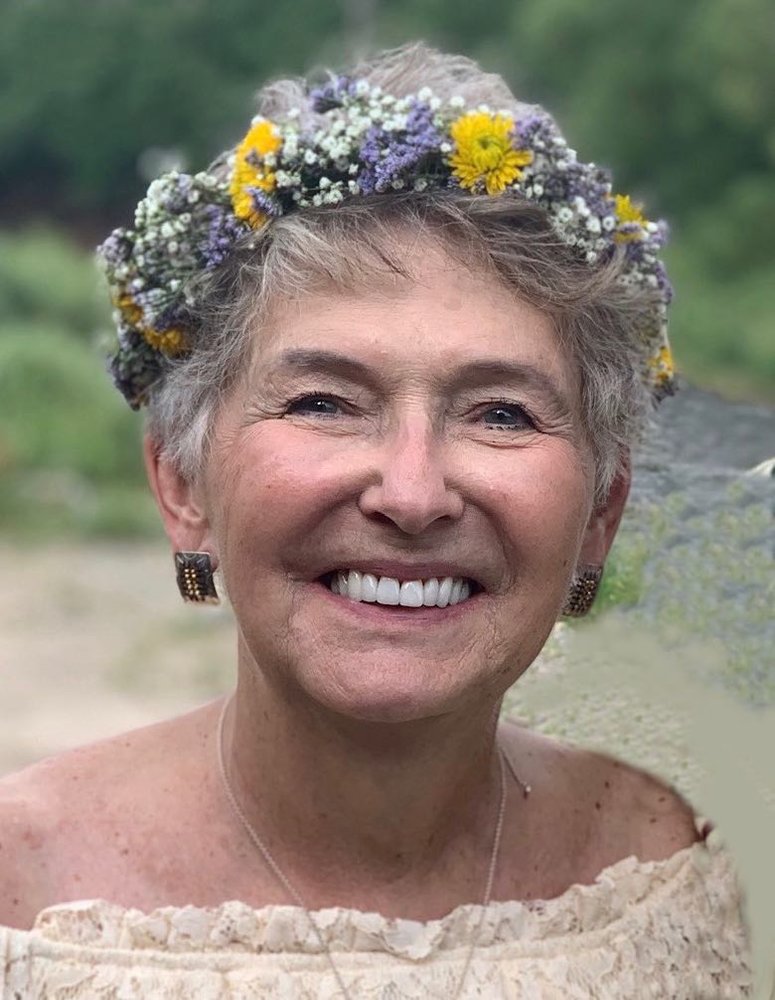 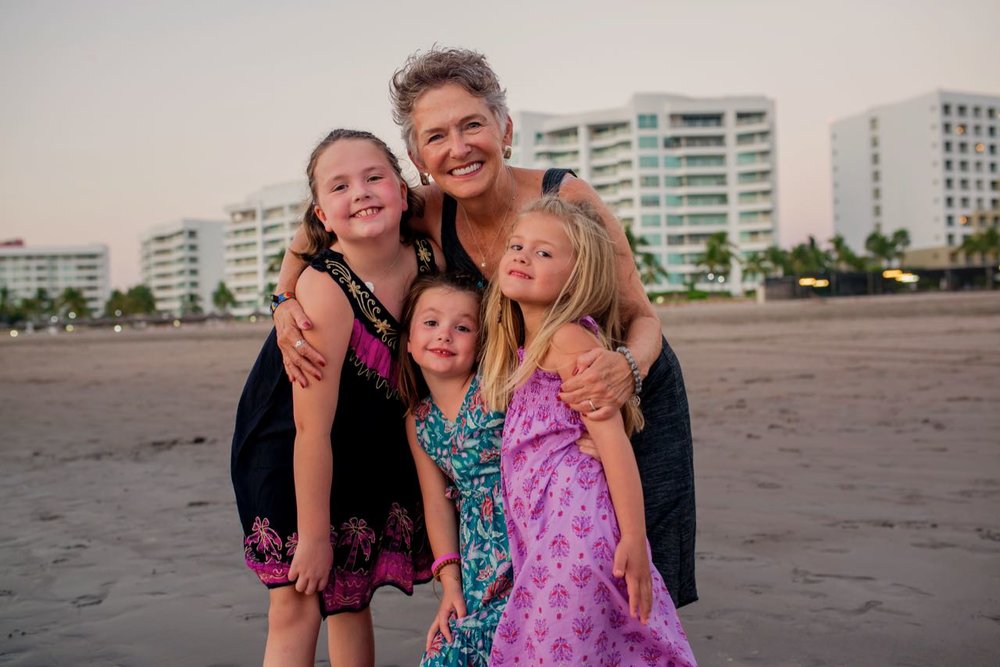 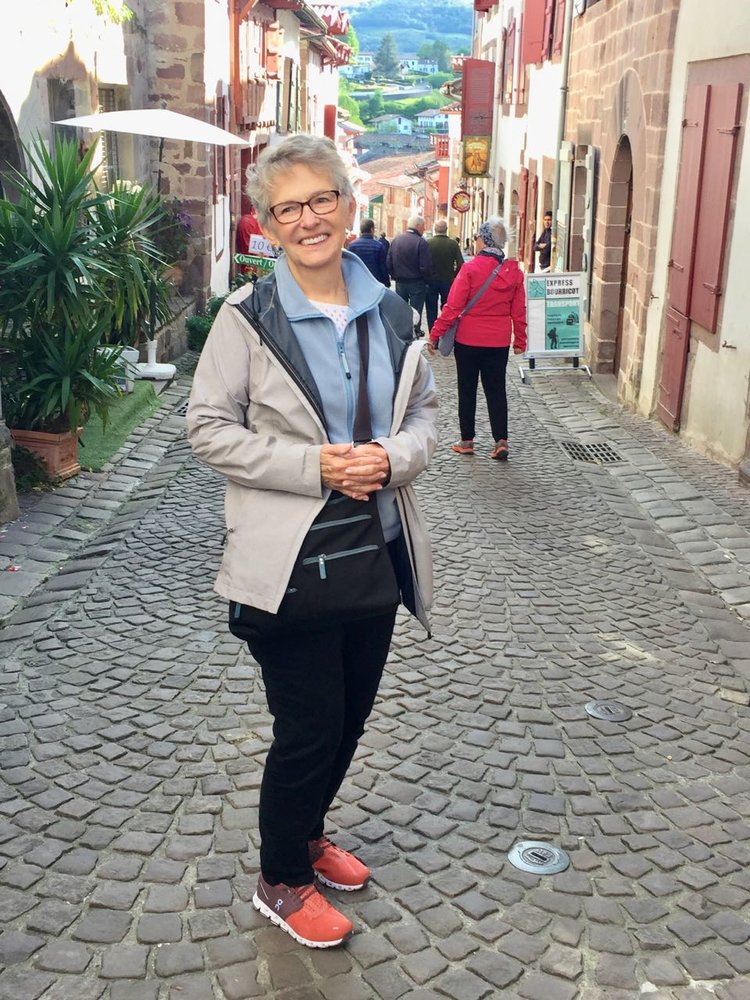 The funeral for Judith A. Elliott on Saturday, November 7, 2020 at 1:00pm will be livestreamed at service time for those that do not feel comfortable attending in person or are out of town.  At the conclusion of the service you will be able to view the service recording for 90 days using the same link.

Judi was born Judith Ann Stiles on 7 May 1948 in Woburn, MA to parents Earl Malcolm Stiles and Felecia Shvonski Stiles.   At the time her family were well known candy makers in New England.   She attended primary school in Stoneham MA and later moved to Torrance, California where she completed high school at Torrance High School, later famous as the home school for Beverly Hills 90210 TV show.  Even in high school, she was an independent woman.   She bought her first car at age 17, a Corvair, with money she made babysitting and working in a shoe store.  She liked the freedom of having her own car.   Later she went to work for the Air Force on the Manned Orbital Laboratory program at nearby LA Air Force Station.   Soon she transferred to Hanscom Field, MA to be near her grandfather’s home.   There she met Lieutenant Mike Elliott (me), also from Torrance, CA who had recently begun his first Air Force assignment at Hanscom Field.  They were married at the Hanscom Chapel on 25 October 1969, the beginning of a life long adventure together.  They always described their meeting and marriage as God sent.

As young newlyweds, those early years were filled with friendship, skiing, camping trips and summer visits to the beach at Cape Cod.   After several years, son Mike was born on 23 May 1972 at Chelsea Naval Hospital.   When young Mike was just 5 weeks old, Judi and I packed him up in our red Volkswagon Camper, and headed to California for my new assignment at Los Angeles Air Force Station and a return to Judi’s family in nearby Torrance.   There we bought a small home on South Helberta Street in Redondo Beach where we met Claudia and Al Lukes, who would become lifelong friends and mentors.   It was there daughter Lauren was born on 11 November 1974.   We looked back on this time as the best of years, raising our children, enjoying Judi’s family living in Torrance, the beach, trips to Hawaii to visit Mike’s parents who lived in Honolulu at the time, supporting our local church of Religious Science, and enjoying the many Air Force and family friends with us in those days.

In 1980, the Air Force transferred us to Norton Air Force Base in San Bernardino CA, only 90 miles from Redondo Beach, where I would work on the MX Missile Program.  We bought a new home in Redlands on Mills Avenue, put in a pool and jacuzzi, and enjoyed the good life for the next 5 years.  Our children thrived in the Redlands schools and were consumed with soccer, little league, and ballet.   Judi became active as a volunteer in Hospice and also went to work part time with Dr. Hugh Redmond, recognized authorities in New Age Studies and self help learning with a large nationwide following for their programs.   These experiences put Judi on the path to getting her college degrees and eventually becoming a therapist.

In 1985, life would soon change again for us as the Air Force transferred us to the Pentagon in Washington DC where Mike would work on Congressional aspects of MX Missile program.   We were initially sorry to leave California and our families, after some 13 years there.   Soon we found our footing in the good Virginia school systems and the friendly people.  We rented and then later bought a home in Burke, VA.  Within a year, Judi declared herself a Virginian.   We would spend the next 35 years of our lives in Virginia, first in Burke, then in Reston.

As our children got older and into high school, Judi found she had the time to pursue her life long desire to get her college degree.   Shortly after we arrived in Virginia, she began to take courses at George Mason University, just a few miles from our home in Burke.   She loved the courses in psychology and women’s studies.   Before long, she had completed a full Bachelor of Art in Individualized Studies with a focus on Psychology.   She graduated in May of 1992.    She was 44 years old and the first person in her family to receive a college degree.

Yet Judi’s goal was to be a Therapist, which would require additional schooling in psychology and also 4,000 documented hours of individual counseling (without pay) to meet Virginia requirements to be a licensed Therapist.   Undaunted, she enrolled in Loyola Marymount for Master of Arts in Psychology.   She also began working with Dr. Marjorie Deutsch co-leading weekly group therapy sessions.   Soon she had completed her MA in Psychology, graduating with honors in May 1997.   She then went to work as a counselor in the Whitman Walker Aids clinic in Arlington VA.   She loved working with the people at Whitman Walker.   It was there that she earned her stripes and completed the 4000 training hours to be a fully licensed therapist.  She went on to be a marriage and family counselor.   She had many clients over the years, including me.

Throughout this busy professional period, Judi continued to be a great Mother to her children, helping them with the challenges of high school and college and also her dear friends, always at her side.   She found time to play women’s soccer, bicycling, ski trips with the Pentagon Ski Club, and she was a dedicated member of PEO.   She was also an active member in the Lutheran Church, though I always thought she was a Buddhist at heart as she had a long proclivity for meditation and things Buddhist and professed “loving kindness” as her mantra for all beings.

In later years, Judi rediscovered our fist love – travel.   By then, son Mike was well established as a building contractor in Denver.   Daughter Lauren was a pilot for Southwest Airlines living in Reston, VA.   When granddaughter Lila was born, we moved from Burke to Reston to be several doors away from Lauren and family. The move also put us close to Dulles Airport, which made it much easier to travel.    We had a long history of travel in the USA – family reunions, countless trips to LA, Lompoc, Seattle, Denver to visit friends, but few overseas trips.   So we began with trips to Norway, France, the UK, Italy, Germany, even Austria.   Some were connected with Mike’s business, but many were with dear friends or family.   Of all these trips, Judi felt the most at home in France.   She was thrilled when her ancestry DNA came back with a very significant percentage of French heritage.   After many trips, we felt we knew Paris as well as our home in Washington D.C.  Judi loved all things French and was always at home anywhere in France.

After Judi was first diagnosed with Cancer in 2013, we were introduced to the Camino de Santiago in Spain.   This is the famous pilgrimage route that dates back to medieval times.   At first we were intrigued by the Camino experience of our dear friends, who advised us the Camino is not just a physical journey, but a spiritual journey and, for many, a celebration of life.   So we planned our first Camino as part of our cancer recovery, first on bicycles, then later on foot.   In the end, we made 6 trips in all.  Our most recent Camino was just last year when we made our final walk into Santiago and the Field of Stars with fellow pilgrims and dear friends, an unforgettable experience.   As Judi’s cancer began to flare up again, we began to view her cancer journey as a kind of Camino.   It was her Napoleon route, the most challenging of all on the Camino, and she rose to the occasion like the warrior she is.

In the end, she saw her life as very blessed, filled with family, friends who loved her dearly, and blessed years of helping others.   We found a spiritual home in St Francis Episcopal Church in Great Falls in which she found great solace.   We were able to celebrate our 50th wedding anniversary in July of 2019 at a family reunion at a Colorado dude ranch where we renewed our vows with family and friends present.   It was a high point in our lives.   As this year rolled around, Judi’s one wish was to return to the Dude Ranch with family for one more celebration.   We were able to do this in good health with all family present.

On her final day, Judi was able to connect with dear friends across the country and her children who were with her at the end.   While I am still beyond words, we are sustained by God’s Grace and the 51 wonderful years we were granted together.   Thank you all for your generous prayers and love.   Judi sends you love from Afar.   Blessings to all, Mike Elliott and family.

In lieu of flowers, memorial donations may be made in Mrs. Elliott's name to the American Cancer Society at www.cancer.org

Share Your Memory of
Judith
Upload Your Memory View All Memories
Be the first to upload a memory!
Share A Memory
Send Flowers