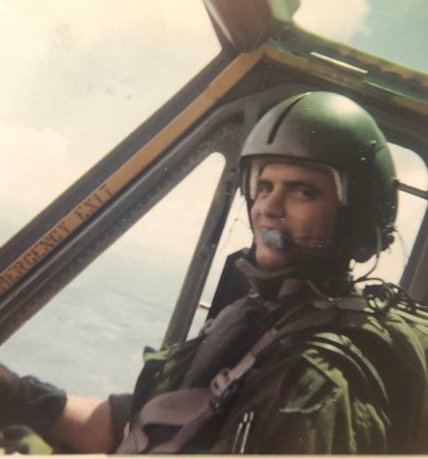 He is preceded in death by his loving parents, Dr. Andrew and Isabella Pecoraro.

Rich was born in New York, New York on November 16, 1943 to Dr. Andrew and Isabella Pecoraro.  He attended Dwight Morrow High School in Englewood, New Jersey, and graduated from Valley Forge Military Academy, then Fairfield University in 1966, having received his bachelor’s and master’s degrees.

Most recently, Rich worked as a civilian for the Army and as a contractor in the Washington DC area.  Most notably, however, he served honorably as an officer in the U.S. Army for over 25 years.  He began his military career in 1968 and immediately qualified to serve as a Medevac pilot along with the selfless and some would say “certifiably insane” Dustoff crews serving in Vietnam.  Dustoff crews consisted of 4 soldiers who would brave intense enemy fire in an unarmed helicopter to rescue wounded soldiers and get them to safety- over and over again.  Rich served one combat tour in Vietnam and peace time assignments that had him and his family travel the world, eventually retiring as a Lieutenant Colonel.

His family loves to recount the time Rich, having just returned home from a tour in Vietnam, decided to surprise them with a visit at his family’s lake house at Lake Hopatcong, NJ.  He was on duty, flying from one Army airfield to another, when his helicopter experienced “mechanical difficulties” and had to land.  Oddly enough, the best place to land happened to be in the grass right on his family’s lake house property.

While he was proud of his career, Rich measured his success by the love of his large family and friends.

Arrangements are being made by The Adams-Green Funeral Home and interment will be at a later date at Arlington National Cemetery.  Please check this site periodically for updates.

In lieu of flowers, the family requests donations be made to The American Stroke Foundation (https://americanstroke.org/donate/) or The Bluefield Project curing FTD (https://www.bluefieldproject.org/donate/).