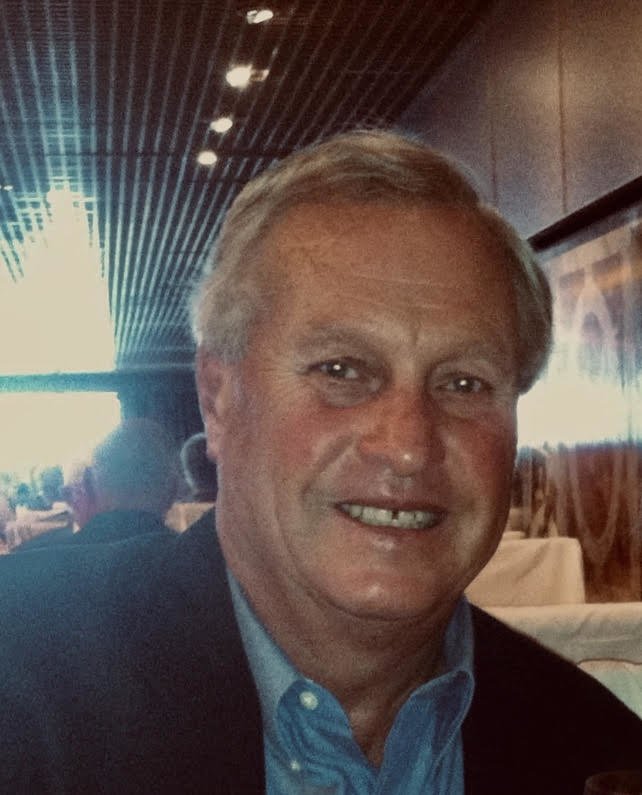 Tommy was born on September 30, 1943 in Winston Salem, North Carolina. He attended East Tennessee State University where he met his wife on the cheerleading squad. They were married on June 10, 1967. After he graduated from ETSU in 1966, he joined the Navy and was stationed in Brunswick, GA, Pensacola, FL and San Diego, California. After leaving the Navy, Tommy was a pharmaceutical rep for Pfizer. In 1976, Tommy founded Sterling Surgical Supply which he owned for 36 years. He retired in 2012.  Tommy was a wonderful husband, father and Pops. He never met a stranger, always up for a project, a wealth of useless information and a sense of humor that made everyone smile. He would help everyone and anyone and fiercely took care of his family. Tommy loved to travel around the world with his wife, spend the winters in Venice, Florida and his summers in Corolla, North Carolina. He enjoyed fishing with his grandsons, golf with his friends, tinkering and fixing things around the house and watching his grandkids at their numerous activities.

There will be a celebration of life at a later date. In lieu of flowers, please make a donation to the Fisher House Foundation.

The family has decided that a memorial service will be held at a later date yet to be determined. Please check the website later for details. Thank you.

Share Your Memory of
Thomas
Upload Your Memory View All Memories
Be the first to upload a memory!
Share A Memory
Send Flowers