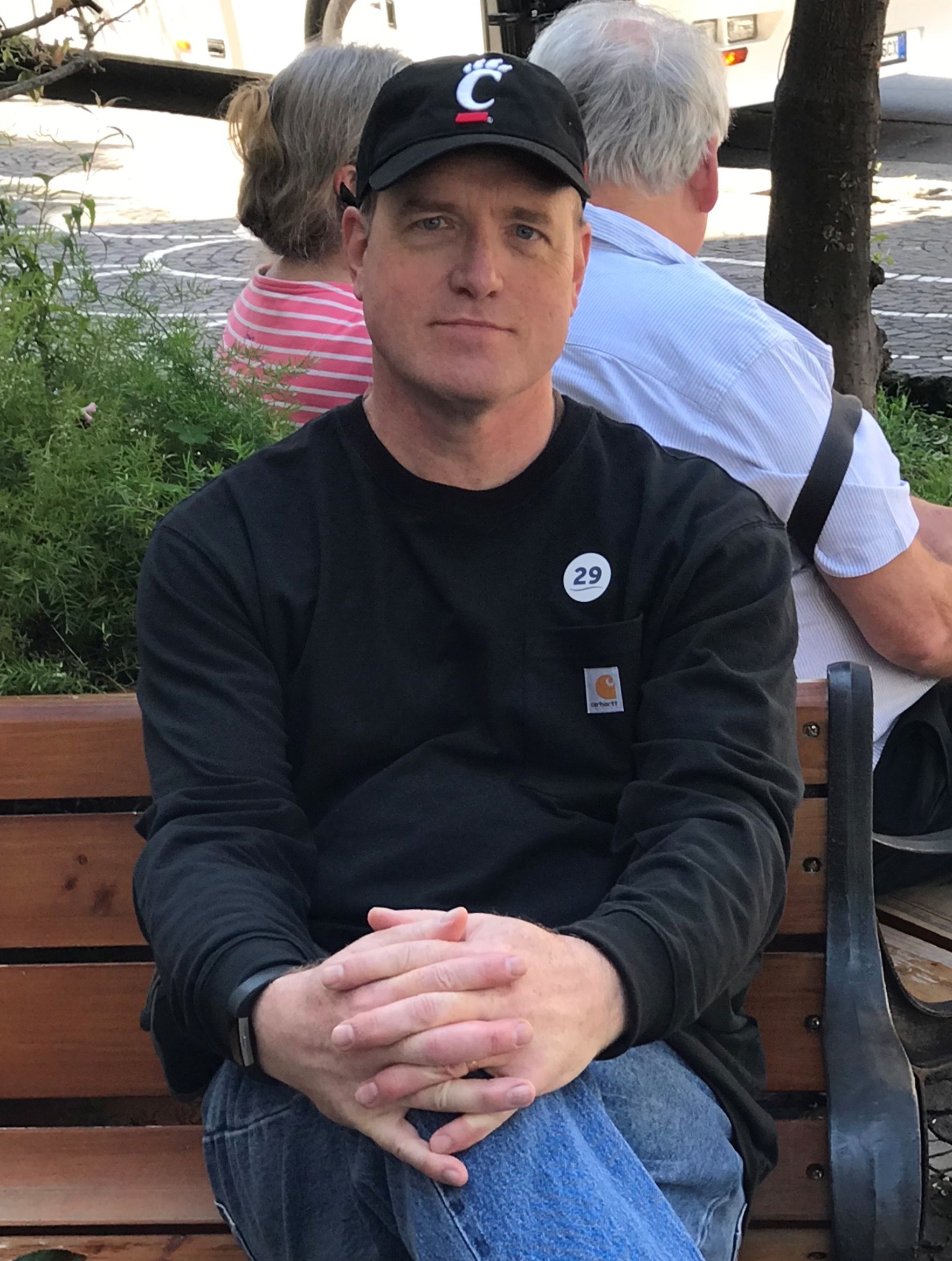 Dr. Richard Alan Brown (58), of Ashburn Virginia passed away on the morning of November 8th 2020 following an over four year battle with brain cancer.

Born on September 7, 1962 in Anchorage Alaska, he was the youngest of Joseph and Ann Brown’s three children. With Joseph Brown in the U.S. Air Force, the family moved around during Rich’s early years before settling down in Beavercreek, Ohio. Rich graduated from Beavercreek High School in 1980 where he was a National Merit Scholarship Finalist. After that, he went on to study economics at the University of Cincinnati where he received a bachelor’s degree in 1984.

Following college, Rich moved to the Washington D.C. region to be a teaching assistant and graduate student in the economics department at The George Washington University. The savings and loan crisis of the 1980s propelled him into a career in public service with four federal banking agencies: The Federal Home Loan Bank Board, The Federal Savings and Loan Insurance Corporation, The Resolution Trust Corporation, and The Federal Deposit Insurance Corporation (FDIC). During this time, Rich continued his graduate work and received his Ph. D. in economics in 1994.

Dr. Brown went on to become the FDIC’s first chief economist, where he advised several FDIC chairmen on economic conditions and policy, and was an integral part to the agency’s response to The Great Recession in the late 2000’s. In 2018 and 2019, he served on the White House Council of Economic Advisors, where he specialized in financial regulation and managed that section of the Economic Report of the President. Rich was also heavily involved in the National Association for Business Economics (NABE), where he served as a Board Member from 2006-2009 and was named a NABE Fellow in 2017.

Rich is survived by his wife Catherine Brown (Groody), who he was married to for 31 years and four sons: Daniel (29), Christopher (26), Thomas (25), and Peter (22).  His favorite hobbies included biking on the Washington and Old Dominion Trail, stargazing at Sky Meadows State Park, and reading books on ancient history. Rich was also an avid baseball fan: growing up idolizing the Cincinnati Reds, “Big Red Machine” teams in the 1970’s, coaching each of his four of his sons’ tee ball teams, touring around the country to see different MLB stadiums, and cheering for the Washington Nationals on their way to their 2019 World Series Championship. But despite all of these accomplishments, Rich was the proudest of being able to provide a quality education for each of his four sons to be able to collectively attend St. Theresa Elementary School, Gonzaga College High School, The University of Notre Dame, James Madison University, and The George Washington University.

It is possible that Rich’s cancer diagnosis was a result of exposure to the debris cloud at Ground Zero on September 11th 2001. That morning, Rich was at a conference on the ground floor of the Marriott World Trade Center while his wife and two oldest sons were in their hotel room on the 15th floor. Rich knew exactly where to meet his family on their way down the stairs and safely escorted them to battery park in lower Manhattan before the collapse of the south tower.

The wake for Mr. Brown will be at the Adams-Green Funeral Home in Herndon, VA on Thursday November 12th from 5:00 PM until 7:00 PM, followed by a funeral service at St. Theresa Catholic Church on Friday, November 13th at 12:00 noon.

In lieu of flowers, the family has requested donations to the refurbishment fund for the St. Aloysius Church on the Campus of Gonzaga College High School in Washington, DC.