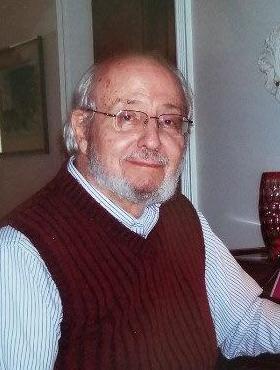 Mr. Lappin was born and raised in Washington DC in January 1926.  He began playing the piano at age eight and studied with Alexander Sklarevski for years in Washington, and debuted at the Philips Gallery at 19.  He graduated from Wilson High School and was accepted to the Peabody Conservatory in Baltimore.  At Peabody he continued his studies with Prof. Sklarevski to become a concert pianist but left before graduation to enlist in the Army during WWII – memorizing the eye chart because he had bad vision.

After he left the Army he worked for the FBI using his keen ear and delicate touch picking locks and cracking safes that were supposed to be unbreakable throughout “undisclosed locations in Washington and at the Pentagon.”  He then decided on the law and graduated in 1952 from George Washington University and began a small practice in Washington with his brother.  He enjoyed a diverse practice including international cases and travel.  He always said that his most prized award was when the Legal Aid Society awarded him with a Certificate of Honor for his pro bono work with the poor of Washington which included a note from the clerk addressed to “Our Atticus.”  In the late 1970’s he turned to his true calling – music – and began teaching the piano.  He had a wonderful group of talented students and enjoyed his second career immensely.

He is survived by his daughters, Kathleen Glisson of Rockville, Suzanne Lappin of Sterling, his granddaughter Becca Ward and son-in-law Connor Ward of Petersburg, his stepson, Mike Mcginnis of Chantilly and his grandson, Paul Mcginnis of California.  He has a niece Janet Quinn, a nephew Jonathan Lappin and several grandnieces and nephews.  He was proud of them all and loved them very much!  He was preceded in death by his wife, “Midge”, his brother “Bob” and his nephew Robinson (“Robbie”).

In lieu of flowers, contributions can be made to the American Heart Association www.heart.org or to the Wounded Warrior Project www.woundedwarriorproject.org.

Services to be planned at a future date.