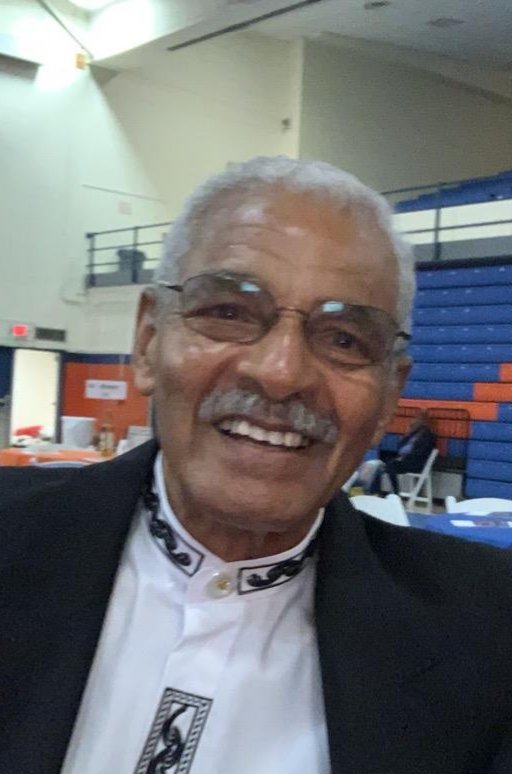 After a long life of love, laughter, and fun, Knoble L. Wiley Jr. (known by family as “Junie”) of Williamsburg, Virginia passed away peacefully on November 20, 2020 with the love of his family surrounding him.  At the time of his passing, Knoble was in the process of moving to Phoenix, Arizona.

Knoble was predeceased by his parents, Knoble, Sr. and Annie, wife of 35 years, Juanita and infant granddaughter, Kaycee Jordan.

Knoble was born in Richmond, Virginia in 1937.  He had a happy childhood with his sister Elsie, riding  bikes, fishing, eating tomatoes right out of the garden and visiting his grandparents farm in Charles City, Virginia.

Due to a childhood illness, Knoble spent several years with his second family in Asbury Park, New Jersey.  There, he thrived on his Aunt Berdella Willis’s home cooking and spending time at the beach with his baby cousin Gloria Martin.  He later returned to Richmond, graduating from Virginia Randolph High School in 1954.

Knoble attended historically black college, St. Paul’s College, in Lawrenceville, Virginia, graduating with a B.S. degree in 1959.  Knoble worked for NSA and had a long career as a manager of vocations for the D.C. Department of Corrections.

As one of his many hobbies, Knoble and his beloved brother-in-law Walter Flournoy, both umpired at the Richmond Braves stadium for black colleges, and were selected to umpire the Black College World Series due to their excellence on the field.

Knoble married the love of his life, Juanita, on Thanksgiving Day 1960.  A week after marrying, Knoble started basic training and was stationed in Fairbanks, Alaska.  Juanita followed him to Alaska and shortly thereafter, their first son was born.  Returning from the service, Knoble and Juanita made their home in Washington, D.C. and Silver Spring, Maryland with two more sons following.  As a devoted father, he instilled in his sons the importance of being respectful, hardworking, family oriented and driven for success.  He truly believed family is everything.  He enjoyed many family camping trips across the country visiting over 30 states, singing in the church choir and participating in sports activities like softball and bowling.  While living in Maryland he fostered many friendships with coworkers and neighbors, including lifelong friend Ray Cummings.

Knoble and Juanita had a loving bond.  Whether going on trips to Atlantic City, Charlestown and Las Vegas or just sitting at home – they were happy just being together.

As people of great faith, Knoble and Juanita remained active members of the Antioch Baptist Church in Richmond even after their move to D.C.  The Antioch congregation was closely knit, predominately composed of many close and extended family members.  Later the family joined the Florida Avenue Baptist Church, in Washington, D.C., where Knoble sang in many choirs, including the Voices of Praise.

After retiring in 1992, Knoble kept busy by working part time for CSC (Contemporary Services Corporation) at Washington Nationals baseball games, University of Maryland sporting events and the Washington Redskins games.  There he not only was recognized for his dedication and commitment, but additionally, he met and developed many close friendships.  One in particular was with Bob and Patty Spero and their family.  He and Bob enjoyed sharing pictures of their granddaughters who were born days apart.

Knoble relocated to Williamsburg, Virginia in 2007 to be closer to his Richmond family, making new friends and reconnecting with old ones.  He especially loved spending time with his “beach group” at Virginia Beach, led by his cousin Gwen Whiting.  He volunteered at Riverside Doctor’s Hospital as a courtesy parking lot shuttle driver, providing compassion and cheer to hospital patients.

As someone who loved sports, Knoble attended a World Series baseball game, multiple Super Bowls, college football bowl games, CIAA basketball championship games with close friend Sam Jones and several other sporting events.  He was a lifetime Boston Celtics fan and an avid Green Bay Packers fan.  On his 75th birthday he became a Packers shareholder and attended games at Lambeau Field, which was a highlight later in life.  On his 80th birthday, a family outing to the 2017 Fiesta Bowl in Arizona began his love for the southwest area, where he vowed to one day relocate to be closer to family and enjoy warm weather.  In 2018, he was blessed with his first grandchild who he adored.  He would video-chat with her several times weekly and Brookelynn loved having her Grandpop around for Christmas and birthdays.

During his lifetime Knoble traveled extensively throughout the United States and abroad including Europe, Mexico, South America, and the Caribbean.

Knoble liked to brighten everyone’s day, always having a joke and a smile to share.  His cheerful and easy going demeanor will be missed by many.  He always said, “at my funeral, all that needs to be said is ‘he had a great life’ ”.  Well said, rest in peace.

Due to Covid-19 restrictions, a small private family funeral will be held Friday, December 4th at the direction of Adams-Green Funeral Home in Herndon, Virginia.  The service may be attended virtually via their website: www.adamsgreen.com.  Private interment will follow at Chestnut Grove Cemetery 831 Dranesville Road Herndon, VA 20170.  All who desire are welcome to visit Knoble at Chestnut Grove Cemetery at a later date.  At some indefinite time in the future when it is safe for everyone to attend, a memorial service will be held celebrating Knoble.

Memorial donations may be made to the National Kidney Foundation.

Share Your Memory of
Knoble
Upload Your Memory View All Memories
Be the first to upload a memory!
Share A Memory
Send Flowers