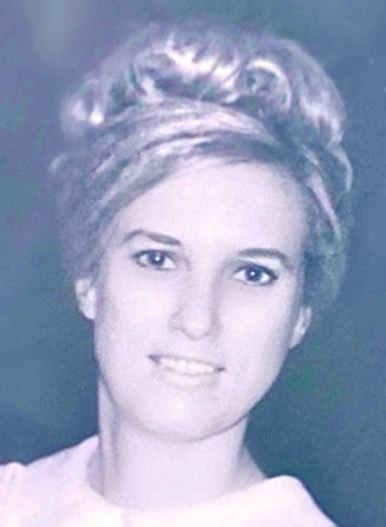 Mrs. Elizabeth A. Shedlick, 86, of Falls Church, Virginia died on Sunday, December 27, 2020, at Virginia Hospital Center, Arlington, Virginia, 10 days after testing positive for COVID-19.  She was the wife of Edward Francis Shedlick.

Born on July 17, 1934 in Worcester, Massachusetts, Elizabeth was the youngest daughter of the late Stanley and Mary H. (Plotczyk) Chapowicki.  She earned first honors from Commerce High School and graduated from Boston College in 1956 with a Bachelor of Science in Nursing.  Elizabeth began her career as a registered nurse at City and Saint Vincent Hospitals in Worcester, before attending Officer Candidate School and joining the Navy Nurse Corps, entering the U.S. Navy on June 30, 1959.  She was assigned to U.S. Naval Hospital, Bethesda (now Walter Reed National Military Medical Center), where she was recognized for her kindness, care, and devotion to duty.

In 1961, while working at Bethesda, Elizabeth was vetted and selected to serve in the White House as personal nurse to President Kennedy, a role in which she continued throughout the Johnson administration.  Based in the White House Medical Unit, Elizabeth worked directly with the Physician to the President, first Dr. Janet Travell, then Vice Admiral George Burkley, the latter noting in a letter upon his promotion to Rear Admiral in August 1962 that Lieutenant Chapowicki "adds materially to the smooth operation and I am confident thereby, has contributed to my appointment."

Elizabeth provided 24/7 care to Presidents Kennedy and Johnson no matter the location, be it the White House Medical Unit, Executive Residence, or the Presidential Suite at Bethesda Naval Hospital during any hospitalizations/surgeries.  She travelled extensively with the President and First Lady, accompanying them on trips both foreign and domestic.  Elizabeth also provided care as needed for the Second Family, as well as cabinet members.

Elizabeth met Edward Shedlick in the mid-1960's, while he was serving as pastor of St. Martin of Tours Catholic Church in Washington, D.C.  After he received a papal dispensation from Pope Paul IV to return to the laity, Edward and Elizabeth were married on December 11, 1967 in a small ceremony in San Francisco, CA.  Elizabeth continued working at the White House, however faced an involuntarily honorable discharge when she became pregnant with her first child, as was military protocol for women at the time.  Upon learning that Elizabeth did not want to leave her post, President Johnson asserted that "I am the Commander in Chief," and granted a waiver to the rule, with Elizabeth becoming the first woman in the U.S. military to give birth, remaining on active duty during and after her pregnancy.

Elizabeth served with distinction throughout her naval career, achieving the rank of Lieutenant Commander, retiring on May 15, 1969.  Well-respected and held in high esteem for her professionalism and character, she was awarded the Navy Commendation Medal and National Defense Service Medal.

After retiring from the Navy, Elizabeth and her husband Ed moved to Montgomery Village, MD, had two more children, and she began the work of raising their family.  While working for the Department of Commerce, Ed accepted an appointment at the American Embassy in Paris, France, where the young family moved in January 1979.  During their years in Paris, Elizabeth traveled extensively throughout Europe and Africa, was active with the embassy's Community Liaison Office, and organized fundraising events and auctions for her children's schools.  She and Ed made many close friends while overseas, and enjoyed entertaining in their home, which Elizabeth decorated with class and taste, developing congenial relationships with many Parisian antique dealers over the years.

Elizabeth and her husband returned stateside in 1990, settling back into their home in Maryland before embarking on one more tour of Europe a few years later, this time at the U.S. Embassy in London.  Upon Ed's retirement from the Commerce Department, the couple moved to Frederick, MD.

Elizabeth honorably served her country and selflessly served her family.  She was gracious, generous, patient, kind, softspoken, and considerate, with an elegance of spirit and gentle nature.  She was intelligent and inquisitive, always stayed abreast of current events, loved crossword puzzles, reading, and spending time with her family.  She had such a great sense of humor.  And she was just the best mom.

Elizabeth is survived by her three children, sons Christopher B. Shedlick of Falls Church, VA, Matthew T. Shedlick and wife Danielle A. of Centreville, VA, daughter Sarah B. Anderson of Phoenix, AZ, and five grandchildren, Zoe E., Ian T. and Beatrice A. Shedlick and Shelby Z. and Eleanor W. Anderson.  Also surviving are Elizabeth's sister Genevieve T. Giuffrida, brothers Robert J. Chadwick and Edwin H. Chadwick, and many nieces and nephews, some to whom she was godmother.  Elizabeth is predeceased by her beloved husband Edward, and siblings Rita R. Merthan, Alice M. Chapowicki, Irene R. Paradis, Lottie A. Dolan, and Stanley E. Chadwick.

Family will receive friends at Adams-Green funeral home on Wednesday, January 13 from 6 to 8 pm. A Mass of Christian Burial with be held on Thursday, January 14 at 10 am, St. Timothy Roman Catholic Church, 13807 Poplar Tree Road, Chantilly, VA.  Interment at Arlington National Cemetery to be held at a later date.  Remembrances may be made to House of Ruth Maryland at www.hruth.org.