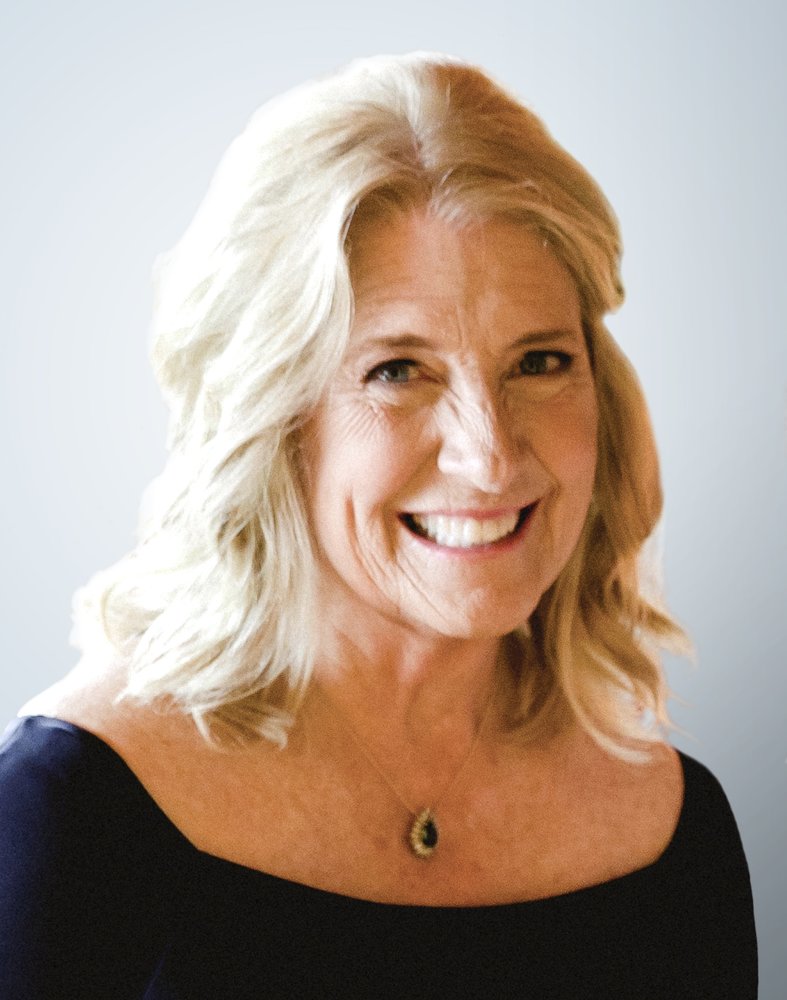 A recording of the Mass of Christian Burial and Interment held on Thursday, January 14, 2021 is available by selecing the Veiw Service button below.

Nancy Kathleen Brindley was born on October 19, 1951, to Robert and Mary Brindley in Chicago, IL. When she was just one year old, the family moved to Tonawanda, NY, a suburb of Buffalo, where Nancy spent a vivacious childhood cheering on the Buffalo Bills and playing in the snow. She remembered fondly the Sundays she spent on her grandparents’ farm in Eden, NY. The eldest of four siblings, young Nancy was a caregiver from the start and was very close with her three younger brothers. She attended Mount St. Mary Academy and graduated in 1969. Her neighbor in Tonawanda, Elizabeth “Betsy” Bauer, was a lifelong friend until her passing in 2015.

Nancy attended Cornell University where she graduated with a BS in Human Development in 1973. There she met Jay Barchas, whom she married on January 15, 1971. After graduation, the young couple moved to the Washington, DC area. Nancy earned her M.Ed. from the University of Maryland at College Park in 1977 and began teaching at Takoma Park Elementary School in Takoma Park, MD. She was a beloved teacher and administrator there until her retirement in 2000. Among her proudest accomplishments was developing the curriculum for the Gifted & Talented program for Montgomery County Public Schools.

Jay and Nancy divorced in 1983 after they had children Jennifer (1978) and Kathryn (1980). On a trip to Ocean City, MD, with friends, Nancy met Joseph Tanner. Nancy and Joe married on October 9, 1987, and subsequently had two more daughters, Christine (1988) and Cortney (1990). Nancy was a strong, fun, fierce, kind, devoted mother and she demanded excellence from her four daughters, whom she attested to have “raised like boys” in the fashion she had helped raise her younger brothers. She placed heavy emphasis on education and was very involved in the girls’ high school, Georgetown Visitation Preparatory School, where Nancy was a member of their 1799 Society. An incredibly energetic and independent role model, she continued to work full time as a teacher and deftly juggled work, family, faith, service, friends, and fun. A gracious entertainer and generous volunteer, Nancy planned a number of charitable events and served on numerous committees throughout the years.  Her leadership roles included Cornell Alumni Admissions Ambassador, Social Chair of the McLean Hamlet Swim and Tennis Club, Gala Chair for Christ Child Society of Washington, DC, and President of River Bend Golf & Country Club Women's Golf Association.  Nancy and Joe had a special love of the beaches of the Eastern Shore, and the family enjoyed many summers at their beach house in Ocean City.

In 2000, Nancy’s husband Joe passed away and Nancy retired from education to step into the role of CEO of his commercial HVAC business, Weather Control, Inc. Brilliant and quick, Nancy was able to rise to the occasion and lead the company until the subsequent sale of the business.

Nancy became an avid golfer in her retirement and in 2011, met Charles Givans at a golf tournament at River Bend Golf & Country Club. They shared an adventurous love of travel and just weeks after meeting, the two took off for a wandering tour of Italy. Nancy was a true bon vivant and loved great food, great wine, and exploring new places. She would often board a plane without securing hotel reservations at the destination, and would hop in a rental car upon landing and explore, coursing the trip day-by-day. On August 3, 2013, Nancy and Charlie were married at The Cathedral of Saint Thomas More in Arlington, VA, and Nancy became stepmother to Samantha and Andrew (1988) and Zane (2000). Nancy and Charlie loved hosting large family gatherings, with weekly Sunday suppers, and enormous Thanksgiving and Christmas celebrations. In recent years, Nancy revelled and excelled in her role as grandmother to her eight beloved grandchildren. She maintained close relationships with each one, and made sure she was able to instill her faith, love of learning and spark for life, even if that meant daily Zoom calls with grandchildren residing in California.

Nancy’s Catholic faith was of supreme importance to her and she had a special devotion to the Blessed Mother Mary. She was a generous philanthropist and was especially proud of her contribution to the establishment of the Mercy Center Foundation, a non-profit that provides educational opportunities to young women in Lare, Kenya. She went on many pilgrimages to religious sites and especially loved her numerous visits to Ireland and Italy. Nancy served as President of Legatus of Northern Virginia, an organization for Catholic business leaders, from 2017-2018 and was named the organization’s Northeast Chapter President of the Year in 2018. She was also an advocate for pro-life causes, lobbying with Priests for Life and serving as the Northern Virginia Regional Coordinator of the Silent No More Awareness Campaign.

Nancy is remembered by her countless friends as an effervescent, generous, adventurous, intelligent, confident, kind, fun-loving force of nature. Her loss is mourned by many.

A private funeral mass will be held on Thursday, January 14, 2021, at St. Catherine of Siena Catholic Church in Great Falls, VA. Nancy will be laid to rest at Columbia Gardens Cemetery in Arlington, VA. A celebration of Nancy’s life will be held later this year.  As an expression of sympathy, memorial contributions may be made to Mercy Center Foundation USA (mercyproject.org) and just1mike (just1mike.org).

Share Your Memory of
Nancy
Upload Your Memory View All Memories
Be the first to upload a memory!
Share A Memory
Send Flowers