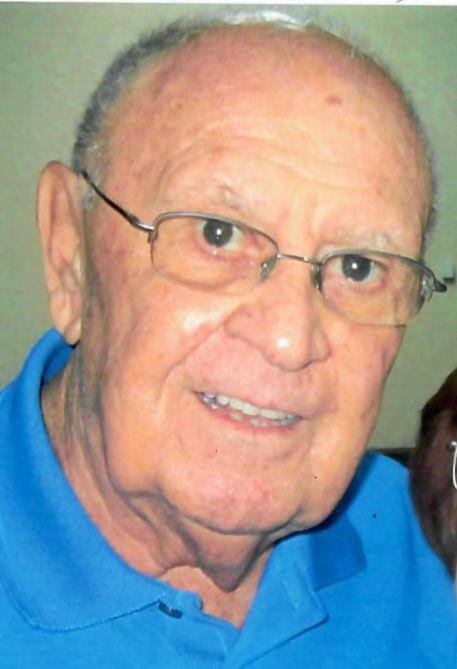 Lyle Hamilton passed away peacefully at his home surrounded by family on January 27, 2021 after a long battle with Merkel Cell cancer.  He and his wife, Sue, enjoyed 58 loving years together.

Born on May 3, 1935 in Fremont, Ohio he was the younger son of Lowell and Wilma Hamilton (Halm/Whitman).  He was very proud of being raised by a single mother in the 1940s, after his father passed away unexpectedly.  He graduated from St. Joseph’s High School in 1953 where he played football and baseball and received many awards for his athleticism.  After high school he graduated from Marquette University and received his Masters’ degree from Ohio State.

In 1960 Lyle moved to Toledo, where he met and married the love of his life, Sue Collins.  Soon they moved to Columbus where Lyle worked for the Columbus Public Schools as a Public Relations Manager.  In 1966, he and his family moved to Washington, D.C., where he was employed by the National Education Association as the Director of Communications for many years.  They settled in Reston, Virginia as one of its original residents, living in the Hunters Woods area for over 55 years.

Lyle was a loving father always ready with sound philosophical advice when asked.  He loved investing and helping friends who asked for advice about stocks.  Fishing was one of his favorite sports and he enjoyed many winters in the Florida Keys fishing with friends.  He also fished the Chesapeake Bay in his own boat for 22 years and caught numerous “Rock Fish”.  One of his favorite past times was working in the yard, watering the flowers and plants.  When a neighbor needed a helping hand, he was always willing to help.  Every summer Lyle looked forward to the annual family vacation with his adult children and their families in the Outer Banks and later Avalon, N.J.  He was generous with his grandchildren and always enjoyed buying them ice cream.

A funeral mass will be held at St. John Neumann Church on February 4, 2021 at 11:00 am, but is limited to immediate family only due to COVID and will be live streamed at https://saintjn.org/live-stream-masses/ (scroll down to bottom of page for funerals). A celebration of Lyle’s life will be announced at a later date. Donations can be made to the St. Jude’s Children Research Hospital (https://www.stjude.org/donate), the Foundation for the National Institutes of Health (FNIH)(https://fnih.org/donate/general_donation), or Johns Hopkins- Melanoma Research or Sidney Kimmel Comprehensive Cancer Center(https://secure.jhu.edu/form/kimmel).

Share Your Memory of
Lyle
Upload Your Memory View All Memories
Be the first to upload a memory!
Share A Memory
Send Flowers