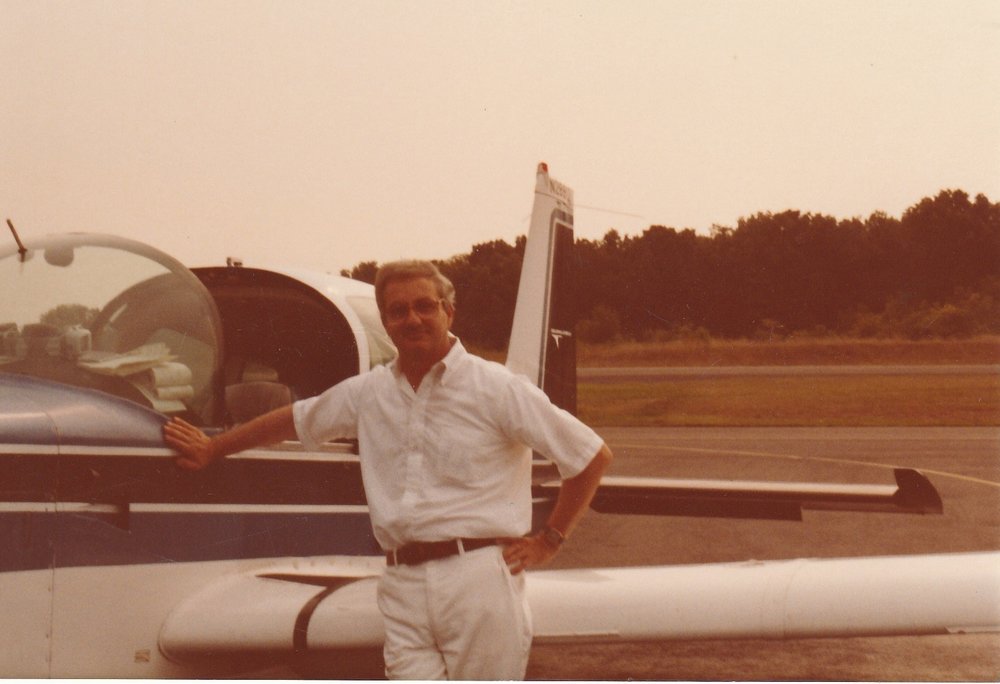 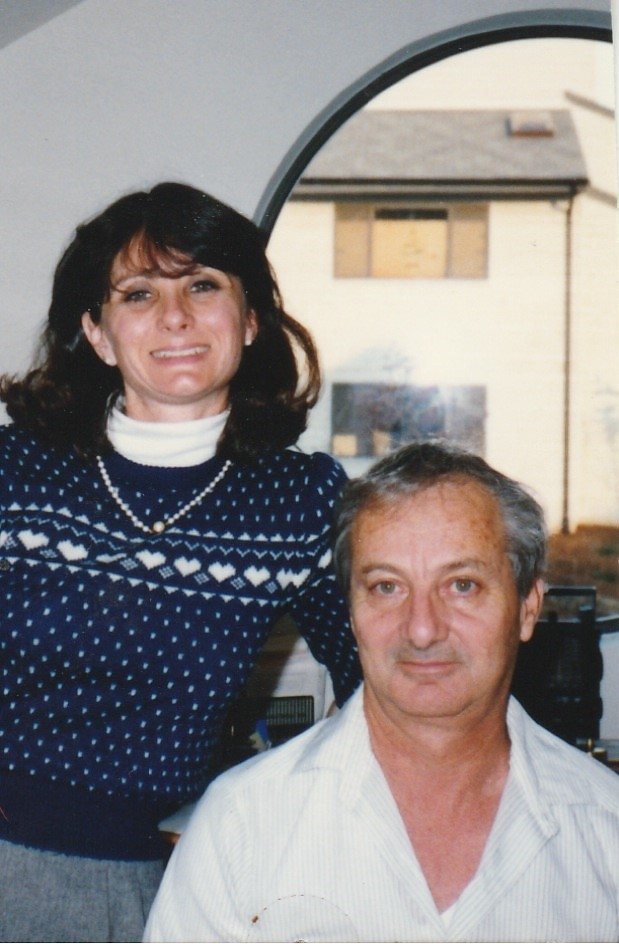 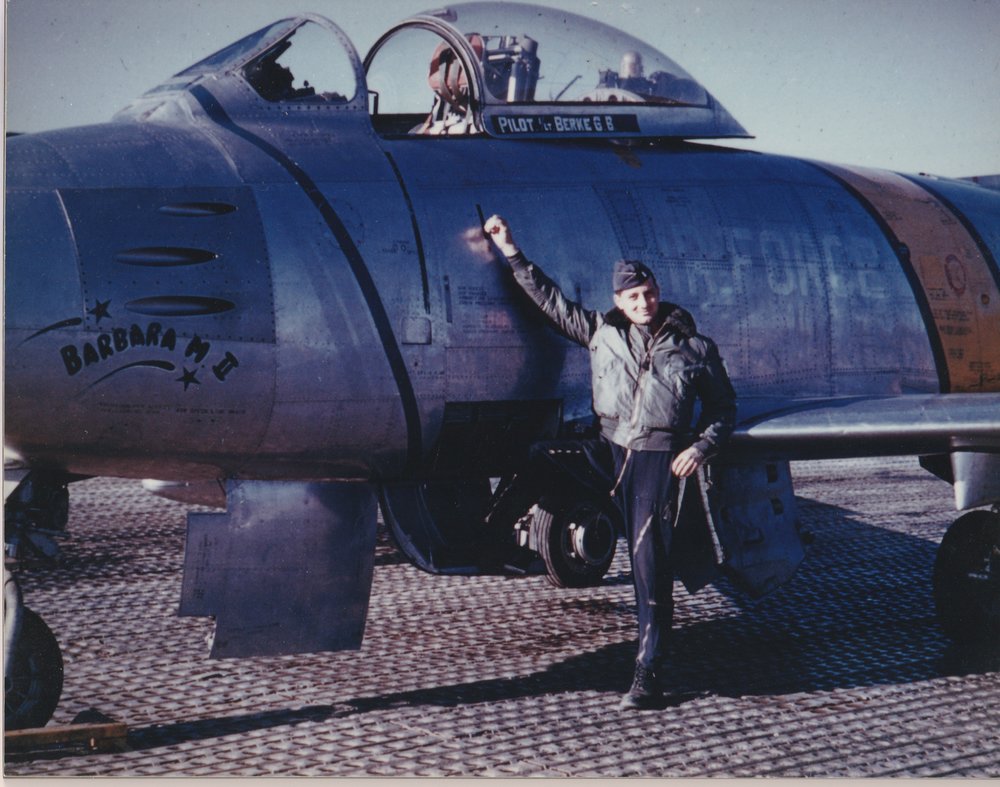 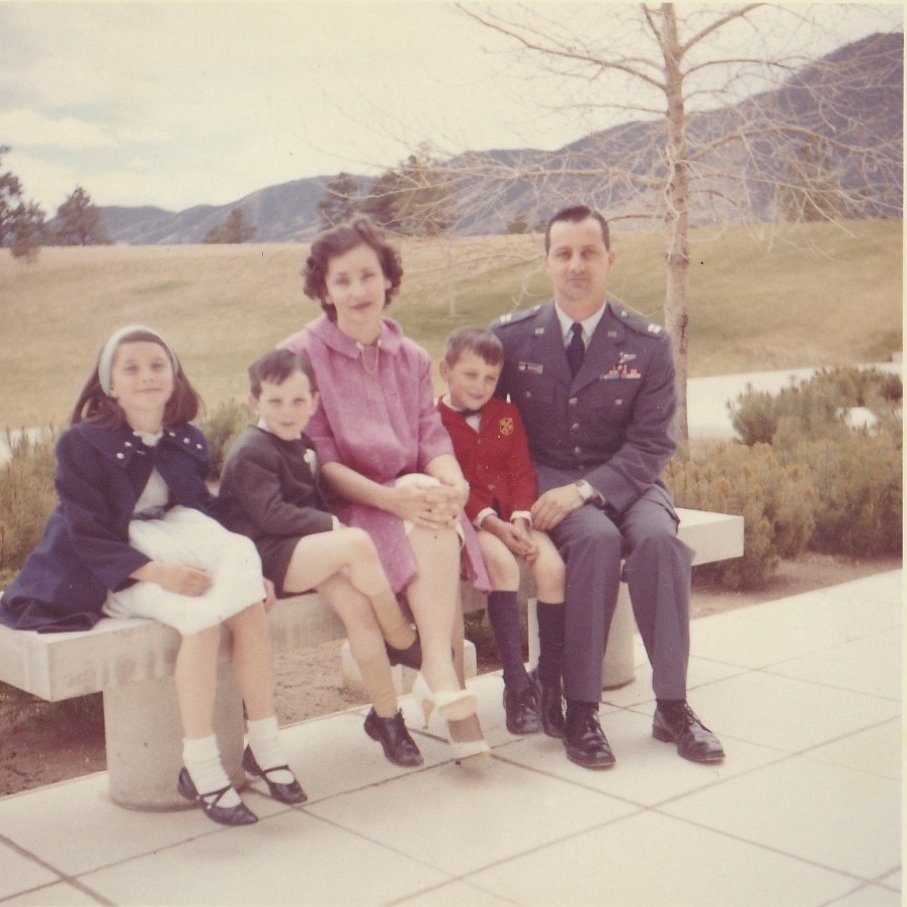 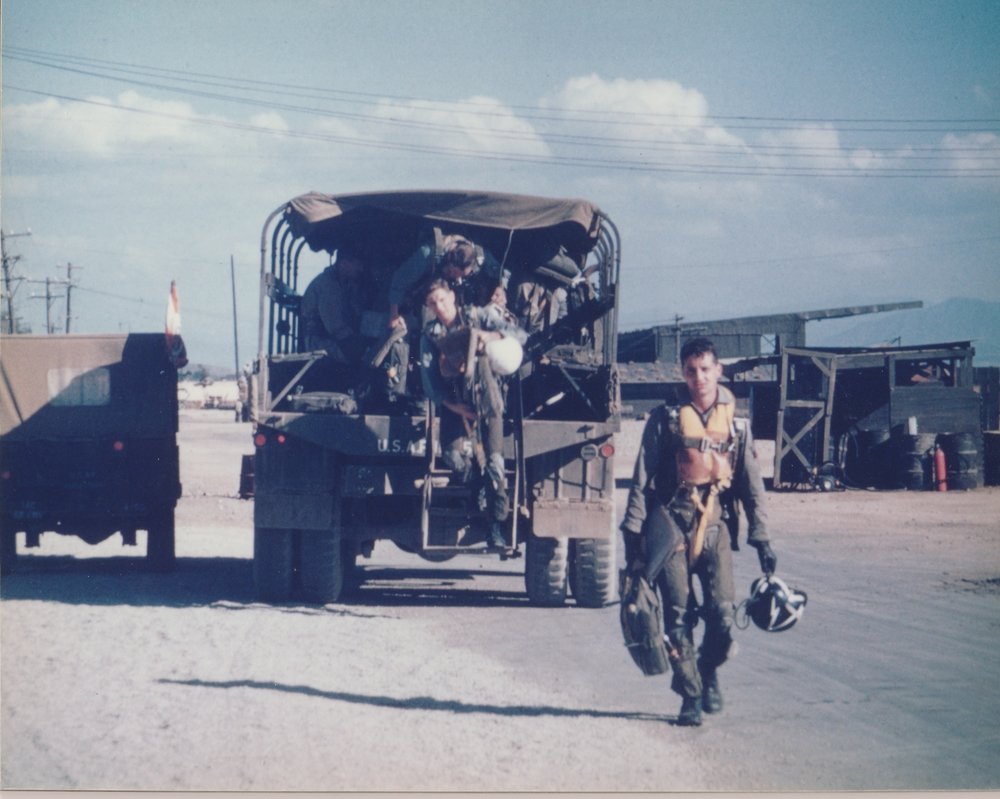 George was survived by his wife Barbara, and children Jennifer (since deceased), Jon and Allan and four 4 grandchildren, Jeremy, Elizabeth, Kristin, and Andrew, as well as his sister Joann and nieces Linda, Tracey and Dina.

Lt Col Berke was born on June 8th, 1927 in Plainfield, New Jersey to his parents Jerome and Martha Berke.  He graduated from Westfield High School in 1945 and after his initial military service, went on to attend Rutgers University where he graduated in 1951 with a BA in English and served as a coxswain on the rowing team. While an officer in the USAF he received his MA in English at the University of Wisconsin (Madison) in 1961 and after retirement, obtained a Ph.D. in Educational Technology at the Catholic University of America in 1977.

Lt Col Berke was first and foremost a fighter pilot and flying defined his life. George joined the Army Air Force Enlisted Reserve WWII at the age of 17 to be a pilot, but the war wound down before he could get to flight training, resulting in an eighteen-month stint as an Army medical technician in Denver, CO.  Ex-Corporal Berke then used the GI bill to go to Rutgers University where he joined the USAF ROTC program and was commissioned a 2d Lt in June 1951. He completed jet fighter flight training in 1953 and his first assignment was in Korea from December 1953 – December 1954.  It was during an R&R to Japan that George discovered a lifelong pleasure in both sushi and Japanese cinema.  Lt Col Berke’s other assignments included England AFB, Alexandria, LA 1955-1956, two tours in the UK at RAF Manston and Bentwaters AFB, UK, a country that became very close to his heart, in 1956-60 and 1965-1968, English Instructor at the USAF Academy, Colorado Springs, CO 1961-1965, and a tour in Vietnam from August 1968 to July 1969. Lt Col Berke’s final duty station was at Andrews AFB and he retired in March 1970 with almost 21 years of total military service. During his career, Lt Col Berke flew 3200 hours in many different types of aircraft, to include T-6G, T-28, T-33, F-84G Thunderjet, F-86 Sabre, F-84F “Super Hog”, F-101 Voodoo, and F4 Phantom. His decorations and campaign ribbons included the Distinguished Flying Cross, the Bronze Star, the Air Medal with 3 Oak Leaf Clusters,  Air Force Outstanding Unit Award, Good Conduct Medal, National Defense Service Medal with 1 Bronze Star, Korean Defense Service Medal, United Nations Service Medal, Armed Forces Reserve Medal, Air Force Longevity Service Award with 4 Oak Leaf Clusters, Vietnam Service Medal with 2 Bronze Stars, Republic of Vietnam Campaign Medal, WWII Victory Medal, and the Small Arms Expert Marksmanship ribbon.

George was also a writer and poet. In addition to his unpublished novel “Greenfields,” he wrote aviation related stories for Jets and Aeroplane magazine and several of his poems were included in a collection of poetry about the Viet-Nam War,  “LIsten. The War.”

After retirement from the USAF, George and Barbara settled in Reston, VA where they remained until his passing.  From 1970-1978, he worked as a technical writer for Montgomery County Public Schools, a project director for Federal City College School of Nursing, and National Director of Program Development for the American Red Cross. In 1978, George started his own consulting firm, Berke Associates, and he worked well into his 80’s on a wide variety of projects involving education and training development, studies and analysis, proposal writing, and management consulting.  He also kept active on the water and in the air, reviving his love of rowing by joining the Occoquan boat club and coaching high school crew.  He enthusiastically hosted family and friends on his Sailboat in Herrington Harbor, and continued to fly privately, to include providing flight instruction at the Leesburg airport at the age of 84.  He also became a huge Washington Nationals baseball team fan and was thrilled with their 2019 World Series win. George only began to slow down in the mid-2010’s when he was diagnosed with Alzheimer’s disease and in the last few years of his life, he focused on spending time with his family, with he and Barbara celebrating their 69th wedding anniversary in March 2020.

Share Your Memory of
George
Upload Your Memory View All Memories
Be the first to upload a memory!
Share A Memory
Send Flowers