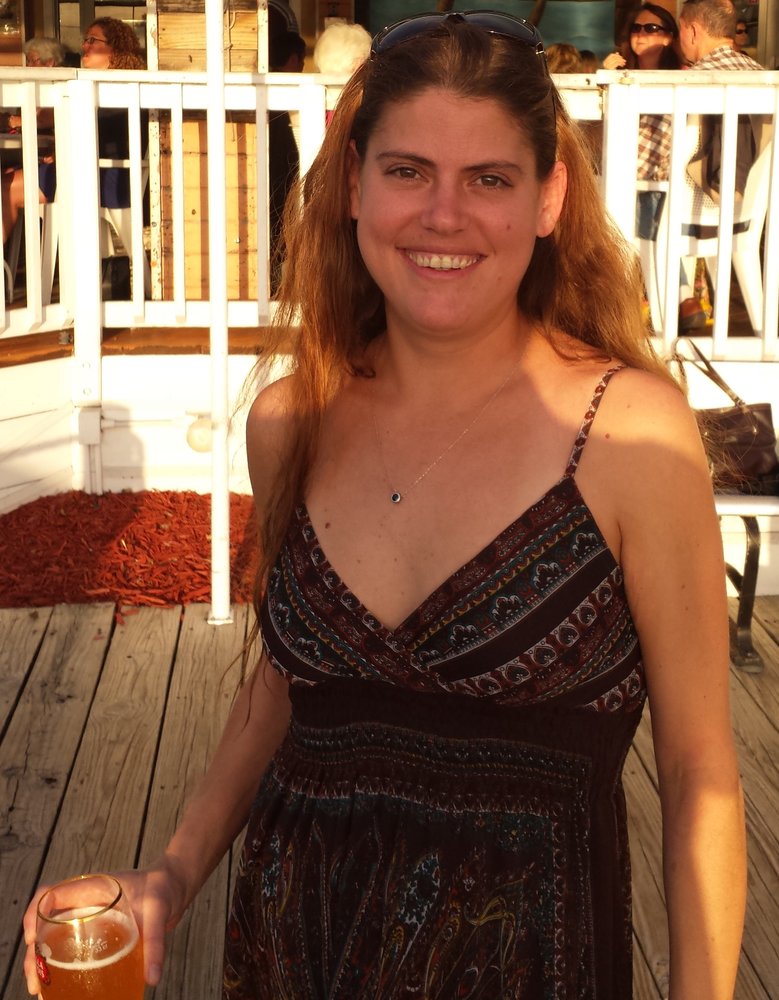 We regret to announce the unexpected passing of Alexandria “Alex” Michelle Jordan, a resident of Reston, VA. She suffered a premature heart attack and passed quickly on February 2, 2021, at the age of only 41. She was with her fiancé, Todd Leonhardt at the time of her passing. She will be forever remembered as a loving partner, mother, sister, cousin and dear friend to all who knew her.

Alex was born in Manhattan on September 13, 1979 to Mr. Christian Garelli and Ms. Geneva Phipps, their only child together. Alex grew up in Greenwich, CT. Her father worked for Estee Lauder in Manhattan, and her mother was an interior decorator.

After her parent’s divorce, Alex and her mother moved to Boca Raton, FL. Alex graduated high school at the Randolph Macon Academy in Front Royal, VA. She went on to attended the University of Wisconsin at Madison, where she received a degree in hospitality.

After graduation, Alex pursued her passion for cooking and attended the prestigious culinary program at Johnson & Wales University in Charleston, SC. Alex’s love for cooking and the culinary arts was enjoyed by all who were lucky enough to partake in her culinary creations. Alex liked to make people happy and feel loved through her cooking. It was like an extra flavor at the center of all her food.

After culinary school, Alex moved to Kingsland, GA to help take care of her mother, Geneva. It was here that she met and married Tony Fuesler. Sadly, this marriage ended in divorce after only a few years.

After this, Alex met and married her second husband Kevin Jordan of Jacksonville, FL. It was this marriage that produced two beautiful children: Logan Jordan, born April 21, 2010; and Rowan Jordan born May 12, 2012. They lived in Jacksonville and later Melbourne, FL. This marriage ended in divorce, but led to an amicable custody sharing of their two daughters, Logan and Rowan.

While in Melbourne, Alex worked for Sodexo, as the head chef for the private dining campus of the Harris Corporation campus in Palm Bay, FL. It was here that Alex met her life partner Todd Leonhardt in early 2014. They moved in together in June 2014 and moved together to Reston, VA in May 2018. In Todd she found a lasting partner, and was truly happy, in a loving relationship, bolstered by her love of her two daughters.  In 2019 Alex developed a special bond with Lady Girl, a loving canine companion which was adopted into the family.

Alex was loved by all that knew her. Her fabulous cooking, love for life, sarcastic wit, kindness, and boisterous personality left an impression on everyone she met. She loved a good party and always cried at the end of a sad movie. She didn't have much, but she was always willing to share whatever she had with those around her. She had a knack for finding the best restaurants in any city, not the fanciest or most famous, but the ones with the most amazing food. Every, single, time.

She loved cooking, especially as a means to socialize with friends. She loved romantic comedies, cocktail hour, traveling, and trying new foods from around the world, her beloved Jacksonville Jaguars, roller coasters, and spending quality time with family. Her spirit remains the indomitable, loving cornerstone of a family whose lives were formed, guided, and fed by a lifetime of her love and sacrifice.

In lieu of flowers, memorial donations may be made to the TBD trust fund for Alex's children.

Share Your Memory of
Alexandria
Upload Your Memory View All Memories
Be the first to upload a memory!
Share A Memory
Send Flowers