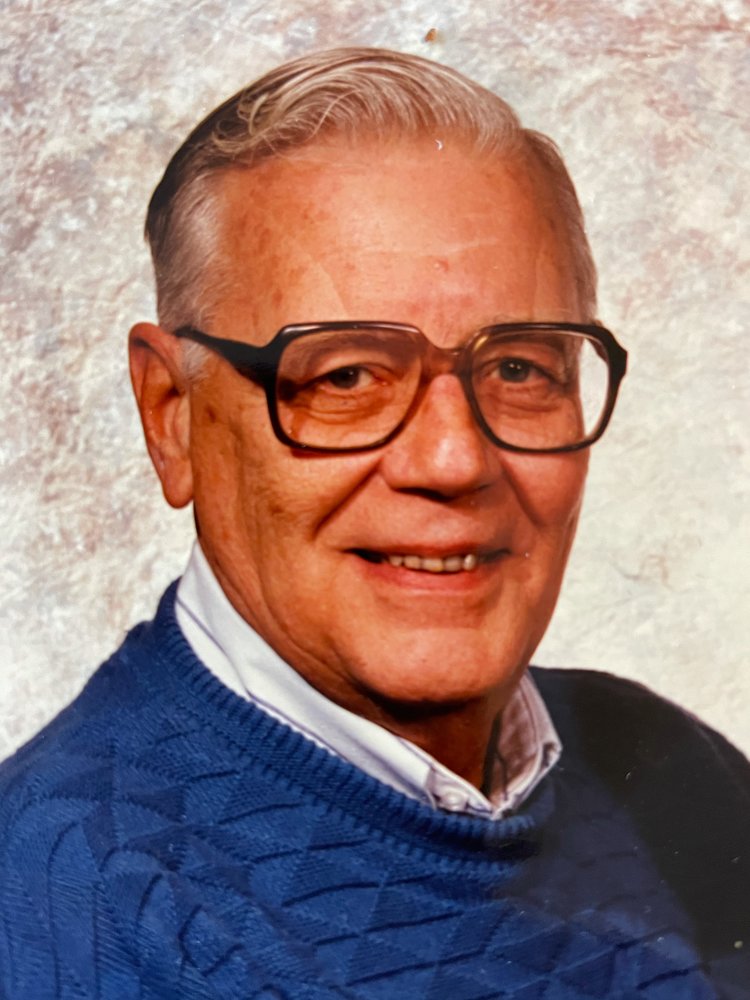 Frank Maitland MacKeith, Sr., accomplished educator and federal civil servant, and devoted husband, father and grandfather, died Tuesday, February 9, in Ashburn, Virginia, aged 89. On December 17, 2020, he and his wife, Millicent, had celebrated 65 years of marriage and their family of four children and seven grandchildren.

Born in Newark, New Jersey, on October 6, 1931, to Olive Brabson MacKeith and Peter MacKeith, both of English and Scottish immigrant families, Frank grew up during the Depression and World War II years in Newark and Plainfield, together with his older brother, Peter Brabson MacKeith. Frank attended Newark Academy, lettering in football, swimming, and track and field, then graduated from Lafayette College in 1955, and began his teaching career at Newark Academy that same year. In December, 1955, he married Millicent Van Dyke, a Wilson College graduate he had met on a blind date during a college summer working at the Jersey shore.

The value of education and the demeanor of a teacher were lifelong attributes. Recruited in 1957 to the newly founded St. John’s Preparatory School in Houston, MacKeith and his growing family moved to Texas for the onset of an 11-year teaching career in math, chemistry and physics at one of the South’s most rigorous private schools. While there, MacKeith was awarded a National Science Foundation Fellowship in 1960, and achieved a Master’s degree in Physics from the University of the South in 1964. He paralleled his academic year work with significant summer employment as a public relations officer at NASA’s Johnson Space Center, during the ambitious era of both the Gemini and Apollo space programs.

In 1968, MacKeith was recruited and appointed headmaster of the St. Nicholas School in Seattle, Washington, leading that academy until 1970. Subsequently, he transferred to the National Cathedral School in Washington DC, to resume his teaching focus in physics and chemistry.

Outreach from the federal government’s Department of Health and Human Services - from the Food and Drug Administration, specifically - led MacKeith to a shift in career path in 1974, and ultimately to 25 years of civil service in the FDA, in a succession of guiding roles in the nation’s food import-export policies. During this time, MacKeith was instrumental in the FDA’s expansion of their international advisory and approval programs, in particular with Saudi Arabia, China, Thailand and Vietnam. MacKeith retired from the federal government in 2000.

A prolific gardener, avid sports enthusiast, world-traveller, inveterate reader of spy- and thriller novels, crossword puzzler, and skilled grill-master, MacKeith’s greatest love was for his wife and his greatest pride was in his family and their well-being. He took evident pleasure in making weekend breakfasts, assisting with geometry homework, attending high-school athletic events in any weather, and demonstrating how to brave the ocean waves at Avon and Bethany beaches. His affection for the skirling bag piping of “Scotland the Brave” was matched by his appreciation of opera and the classical music greats; the household was often suffused with a Pavarotti solo or a Beethoven symphonic crescendo - at top volume.

A practicing stoic, and a philosopher of the practical, the dryness, and slyness, of his humor was yet known to all; he rarely missed an opportunity for a word-pun, wise-crack, or trenchant observation. Unsentimental on the surface, his family and friends knew him as a man of absolute kindness and gentility. Most of all, he possessed and expressed a deep, fierce love for his wife and family through constant presence, daily care, emphatic encouragements, and a simple direct faith in the centrality of his family. This is his true and lasting greatness.

Memorial contributions are suggested to The National Presbyterian Church, Washington, DC, or the Ashby Ponds Senior Living Benevolence Fund, Ashburn, Virginia. Arrangements for a celebration of life are pending for this autumn.

Share Your Memory of
Frank
Upload Your Memory View All Memories
Be the first to upload a memory!
Share A Memory
Send Flowers