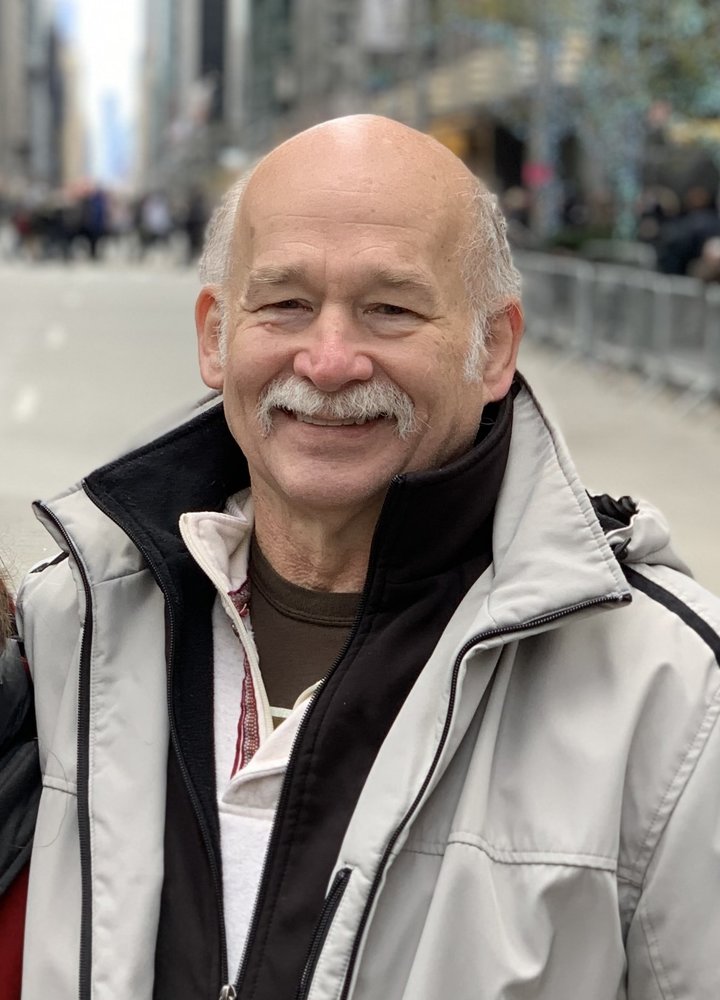 To view the livestream of the service, please use the following link: http://webcast.funeralvue.com/events/viewer/48223

Richard Allen Zuehsow, 67, passed away on Saturday, February 13, 2021, at Reston Hospital Center surrounded by his family after a battle with COVID-19.

Richard was born on May 8, 1953, in Chicago, Illinois, to Clarence Carl Zuehsow and Shirley Darlene Petty. He attended Willowbrook High School followed by Northern Illinois University. He grew up with a passion for music, playing the drums and following The Beatles’ every move, and was a car enthusiast, attending the Washington Auto Show every year where he could visit his beloved Porsche 911. Later on, he became more interested in hybrid and electric vehicles.

In 1981, Richard married Ling Mak, with whom he welcomed two sons – Jeremy and Eric. He was a dedicated father and husband, known for his gentle nature, selfless actions, and propensity to fire off an occasional dad joke to lighten the room.

Richard recently retired in September 2020 after 35+ years working as a Plate Printer at the Bureau of Engraving and Printing – a job for which he was immensely proud and could joke to others that he made money for a living.

He was looking forward to traveling the world in retirement once COVID restrictions were lifted. And never one to walk the traditional path, Richard had at the top of his list to visit the penguins in Antarctica, go dog sledding and see the northern lights in Alaska, and explore China – his wife’s home country – in depth.

In addition to his wife and two sons, Richard is survived by his sister, Linda Phillips. He was preceded in death by his father, mother, and older brother, James “Jim” Zuehsow.

In lieu of flowers, memorial donations may be made to the Coronavirus Response Fund for Nurses as part of the American Nurses Foundation. Visit https://www.nursingworld.org/foundation/programs/coronavirus-response-fund/ and add ‘Richard Zuehsow’ in the ‘Whom do you want to recognize?’ text field. You may also include the Zuehsow family’s address and email for them to be notified of your thoughtful contribution.