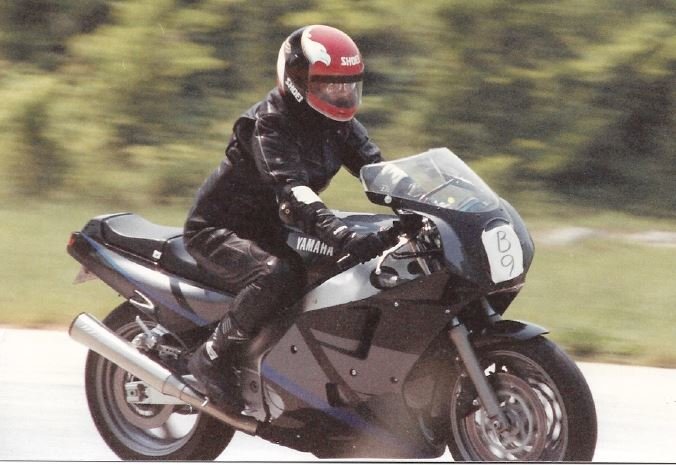 Mike Kelly was an avid and skilled motorcyclist.  He first discovered this passion during the 1973 gas crisis, when he realized that if fuel prices continued to climb, he’d be forced to drive a motorcycle to work.  He quickly realized that the motorcycle wasn’t just transportation, it was fun.  He continued to hone his riding skills and upgraded to more challenging and faster bikes.  In the picture above, he is riding at 80+ mph at a race track in West Virginia.

He did also commute by motorcycle, but taking scenic rides through the Virginia countryside on nearly deserted roads gave him a feeling of freedom and the most pleasure.  His wife was his most frequent passenger, but he occasionally gave rides to close family friends as well.