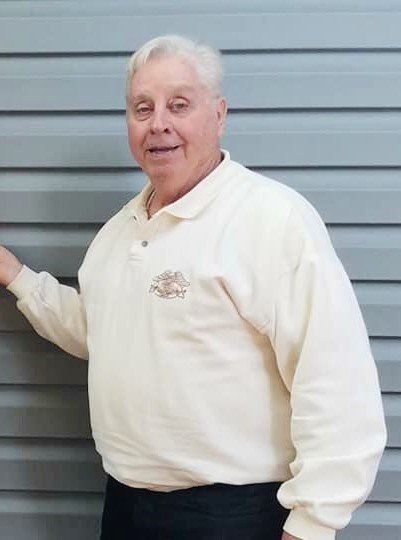 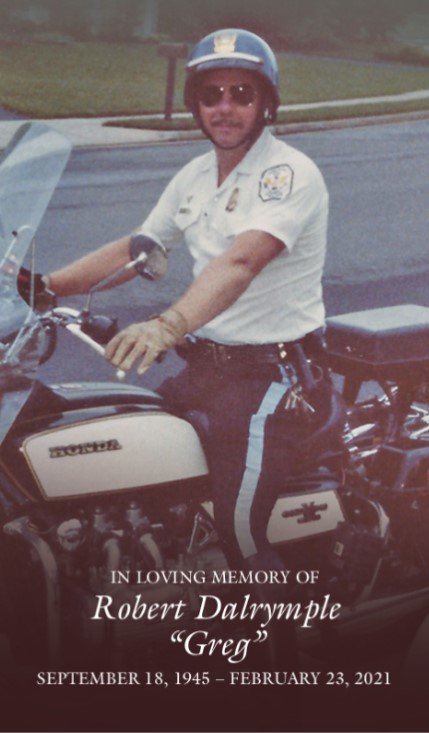 Robert Gregory (Greg) Dalrymple passed away on Tuesday, February 23, 2021 at INOVA Alexandria Hospital with his wife and son by his side. Greg was the son of the late William Richard (Dick) and Myrtle Dalrymple of Poland, Ohio.

Greg was born on September 18, 1945 in Wheeling, WV. He graduated from Struthers High School in Struthers, OH and maintained a deep connection with his classmates throughout his life. He joined the U. S. Navy right out of high school in 1963 and served 8 years which included a year in Vietnam in what was known as the "brown water" Navy on the Mekong River.

After receiving an honorable discharge from the U.S. Navy, he became a U.S. Park Police motorman up until the day of his retirement in January 1990.  After his retirement, he began a second career in executive protection for the estate of the late Paul Mellon in Upperville, VA.

He finally retired in 2003 and enjoyed traveling North America many times on his beloved motorcycle with his wife, Jonny.

He is survived by his wife, Jonny Dalrymple, of Herndon, VA, his son Jason Dalrymple, his daughter-in-law, Jennifer Dalrymple, and his grandson Logan Dalrymple of Leesburg, VA. He is also survived by his sister JoAnn Salus of Lake Milton, OH. Greg has made an impact on everyone he has met throughout his life. His family and friends will miss him greatly.

Funeral service will be at 11:00am, Saturday, March 6, 2021 at Cornerstone Chapel, 650 Battlefield Pkwy SE, Leesburg, VA 20175 with walk through visitation at 10:30am as guests arrive for the service. Interment will follow at Chestnut Grove Cemetery, Herndon, VA.

For those who choose to veiw remotely, Cornerstone Chapel will be livestreaming the service on Saturday, March 6, 2021 at 11:00am

In lieu of flowers, memorial contributions are suggested to the FOP Chapter 69.