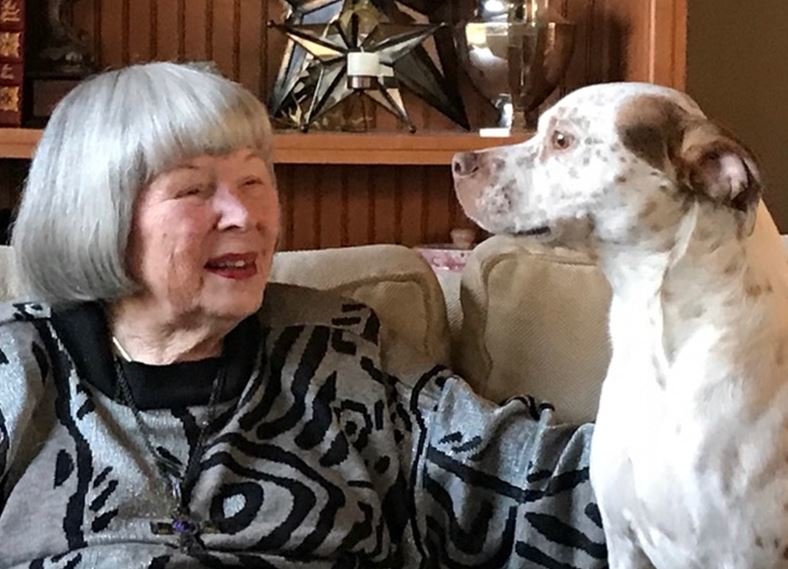 Patricia Hervey Schneider, age 97, died peacefully at her home in Falcon’s Landing in Sterling, VA during the early morning hours of Friday, February 26, 2021.  She was the beloved wife of the late Col. William Powers Schneider, and dear mother of Nancy Cernick Aldrich, Clifford Cernick, and William, David, Stephen, Richard and Frederick Schneider.  She is survived by eighteen grandchildren, two great granddaughters and one great grandson.

She was born in Beverly Hills, CA on December 11, 1923, to the late Edward Hervey and Mary Patterson.  Patti graduated from Marlborough School in LA in 1941, and the University of California at Berkeley in 1944 with a degree in History.  She loved reading, photography, cooking and thimble collecting.  She enjoyed driving, and once drove up the entire Al-Can highway from Los Angeles to Anchorage, Alaska where she provided photography services for a local paper.  She lived much of her life in California until fate brought her together with her second husband, Col. William P. Schneider, and she left California for good.

After her marriage to Col. Schneider, she was thrust into the role of a diplomat’s wife, a position that suited her well.  A natural at entertaining, Patti proved to be a valuable asset to Col. Schneider, as well as the US, by successfully hosting countless gatherings of diplomats and dignitaries at their embassy apartment in Moscow, Russia.  Although a staff was provided to ease the entertaining burden, Patti’s love of cooking, perfected over the years by her Julia Child obsession, ensured that all went off without a hitch.  This was accomplished despite seven children galivanting around the property, blissfully ignorant of the need for decorum.  A magnificent feat.

Once returning to the states, the family settled in Omaha, Nebraska, and Patti was active in her church, and various organizations.  She compiled a slideshow of our family’s time in Russia, and spoke to elementary and high school classrooms about living in the American Embassy in Moscow.  Her talk was very popular, and she was always in demand.  Upon moving to Virginia, Patti recognized an unfilled need, and she became President of The National Alliance for the Mentally Ill.  Seeing that there were very few resources for those requiring emotional support, she established a clubhouse in Arlington where those experiencing difficulty could gather and get the support they needed.

Over the years, grandchildren appeared, and Patti proved to be the quintessential matriarch. She ensured that family connections remained strong by hosting countless dinners and yearly family reunions in Williamsburg, VA for scores of family members.  A daily happy hour gathering became a tradition and, for those old enough and so inclined, chocolate martinis became a favorite! Each family member knew they were part of something bigger than themselves and that family would always be there for them.  It is a beautiful legacy that the family intends to continue.

In Patti’s later years, her commitment to Jesus Christ deepened.  Her relationship with Jesus gave her a sense of serenity as her life was nearing the end.  Death was not something to fear, as she knew God had prepared a perfect place for her.  She spoke longingly of seeing the Lord face to face, firm in the knowledge that what awaited her was beautiful beyond comprehension.   Though her family mourns her passing, we celebrate her great life and are comforted in the knowledge that that her vibrant soul has been embraced in heaven.  And very possibly, she is enjoying that chocolate martini and smiling down on us at this moment.

We love you and are so thankful for you, dear mother.

A service will be held at Ft. Myer Chapel at a future date to be determined. In lieu of flowers, memorial donations may be made to the Benevolent Fund at Falcons Landing, or the charity of your choice.