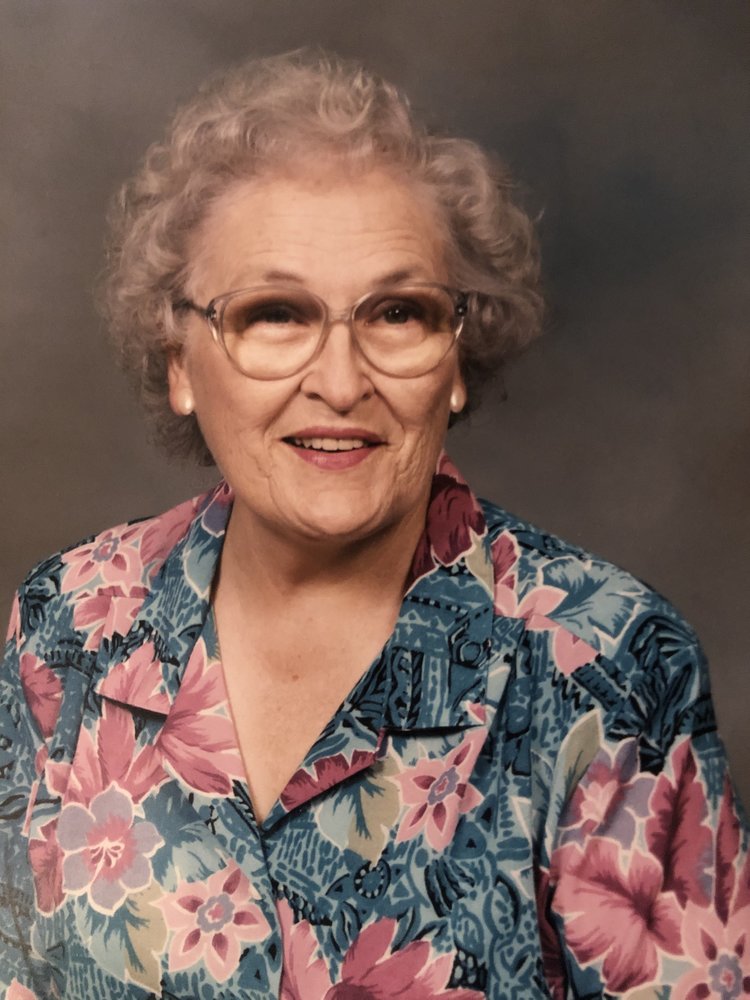 Hilda Buchanan McGinnis, 96, passed peacefully with her children by her side on Saturday, February 27, 2021 after a short period of declining health (not Covid).

A native of Webster, NC, she was the daughter of the late William Tyler and Vilanta Blanton Buchanan. Born in 1924 on what is now Buchanan Loop. She was the second youngest of ten surviving children. She graduated from Webster High School in 1941 and attended Western Carolina Teachers College in Cullowhee, NC before moving in 1943 to Washington DC.  Hilda worked as a clerk-typist in the War Department, at the Surgeon General’s Office. In 1954, she married Eugene “Gene” McGinnis, formerly of Sylva, NC. She continued to work until resigning her position in 1957 to become a mother and homemaker. They raised their children in their home in the Virginia Hills section of Alexandria, VA where Hilda remained until Gene’s passing in 2013.

Hilda volunteered at her children’s schools and in her Virginia Hills Baptist Church Sunday School class. She especially enjoyed the Church’s “Tuesday Club” trips to local attractions.  She was a member of the Penn-Daw duckpin bowling league. She enjoyed cross-county car trips in her youth and after Gene’s retirement, they also took several trips to Branson, MO with her sister and brother-in-law.  She enjoyed yearly vacations back to Webster NC and the Great Smokey Mountains for visits with family and friends and an occasional beach vacation to the Outer Banks.

After each grandchild was born, Hilda and Gene cared for each baby with great delight, joy, and love. After Gene’s passing in 2013, Hilda spent seven years in comfort living with Jim and Terri. Her last 11 months were spent happily in an assisted living facility living across the hall from Terri’s Dad where the two often socialized and met for dinner.

Due to Covid-19, there will be no formal service at this time. We hope to have a Celebration of Life sometime in the future. Final internment will be in the family cemetery in Webster, NC. In lieu of flowers, donations may be made to the Webster Cemetery Fund, PO Box 115, Webster, NC 28788 or the American Diabetes Association (www.diabetes.org/donate).

Share Your Memory of
Hilda
Upload Your Memory View All Memories
Be the first to upload a memory!
Share A Memory
Send Flowers