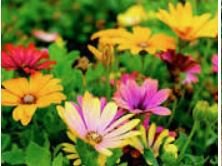 Kathleen Anne Brown of Falls Church, Virginia, died on March 7, 2021 at the age of 78. She was predeceased by parents John and Anne Stemnock, sister Suzanne, and brother Tom. She grew up in South Bend, Indiana, graduated from Catholic University in 1964, and ultimately followed her ambition to become an attorney. In 1980, she received her law degree from American University, Washington D.C., and practiced law in Virginia for over 40 years until the time of her death.  She is remembered for her zest for life, love of family, sense of humor, generosity, compassion, and courage. She was a voracious reader and enjoyed puzzles, cooking, and learning something new every day. She treasured spending time with dear family and friends. She is survived by her children, daughter Jennifer (Scott) Henke, daughter Suzanne (Tony) Paletti, son Michael (Bonnie) Brown, and six grandchildren, Katherine, Elizabeth, Faith, John, Alexander, and Megan.

Share Your Memory of
Kathleen
Upload Your Memory View All Memories
Be the first to upload a memory!
Share A Memory
Send Flowers