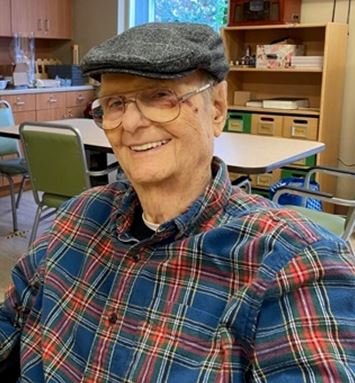 Robert N. Miller, age 93, passed away on March 25, 2021 in Fairfax, VA.  Long-time resident of Herndon, VA, he was an accomplished singer, musician, veteran in the Army Air Corps, and contract negotiator for the U.S. Navy Dept. He considered his relationship with his wife and three daughters to be his most rewarding life experience.  He was preceded in death by his beloved wife of 59 years, Shirley, his brother, John, brothers-in-law Harry Ahlstrom and Dale Hennemuth, and son-in-law Robert Biederman. He is survived by daughters, Terry Biederman, Nancy Miller, and Kathryn Wiley, son-in-law Tom Wiley, two grandchildren, Blaine and Katie Wiley, and nephews Nelson and Chris Miller.