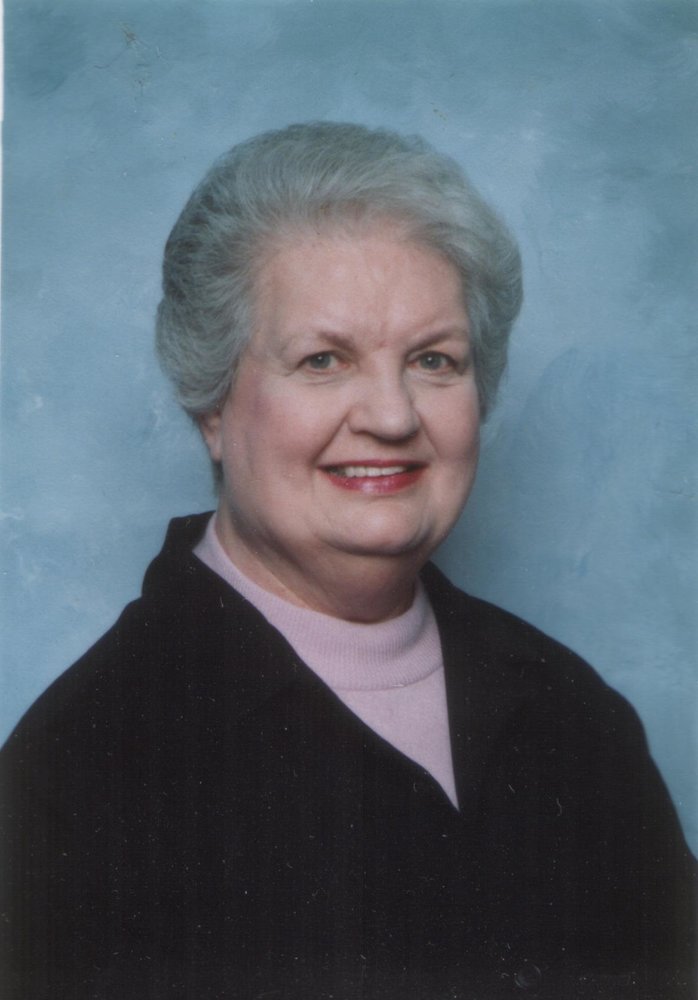 Janice (Huber) Stangl was born in a drafty homestead shack near Hosmer, SD on October 23, 1936, the oldest child of Edward and Lydia (Haberer) Huber. She attended Bowdle, SD, schools for 12 years before attending Northern State Teachers College in Aberdeen, SD, in 1954-1956; earning an Associate's degree in Intermediate Elementary Education, with a Minor in Music. In high school, she was elected State President of the SD Future Homemakers of America, and soon thereafter was elected President of the North & South Dakota Conference of Evangelical United Brethren Youth. She also sang with a national chorus in Wrigley Field in Chicago, IL. She was selected as 1954 Snow Queen candidate from Bowdle, SD, competing in the talent contest in Aberdeen, SD as a vocal soloist (she won a college scholarship). In college, she was a national delegate to the YWCA convention in Green Bay, WI. She had a beautiful alto voice, and her college voice teacher wanted her to go to Chicago to study opera, but instead, she married Thomas Stangl [Tom] of Java, SD, on June 15, 1958. Jan and Tom (who worked for the Bureau of Indian Affairs, 1957-1987) began their life journey together at Gordon, NE; moved to Durango, CO in 1959; to Eagle Butte, SD in 1963; to Cortez, CO in 1967; and to Sterling, VA in 1970. Over the years, Jan taught elementary school classes and K-12 choral music, full time, part time and privately (piano lessons) until she retired in 1990. In December 2009, Jan and Tom moved to Ashby Ponds, a retirement community in Ashburn, VA.

Jan and Tom traveled abroad once or twice almost every year between 1985 and 2007. They went to Western Europe many times, including England, Scotland, Wales, Ireland, France, Belgium, Netherlands, Germany, Switzerland, Austria, Czech Republic, Italy, Spain, Portugal, Gibraltar, Luxembourg, and Lichtenstein, as well as to Eastern Europe to Ukraine, Trans-Dnester and Moldova. They also traveled to Hawaii, New Zealand and Australia; and closer to home to Canada and Mexico.

Jan was a great, beautiful lady, with high intelligence and great skills as a teacher/communicator, choral singer and soloist, pianist/organist, piano teacher, German translator/writer of Germans from Russia history, and duplicate bridge player/conversationalist.

Jan was a Ruling Elder and the church pianist or organist in the several Presbyterian Churches for many years, often taking a leadership role at Trinity Presbyterian Church, Herndon, VA – such as serving on the Session for ten years (1977-1979; 1989-1991; 2000-2003; 2006), often chairing the Worship Committee; playing the piano and organ for church; singing in the Westminster Choir; and researching the history of Trinity to write a historical pamphlet in celebration of Trinity's 50th Anniversary in 2008. In celebration of Trinity's 50th Anniversary and in honor of their 50th wedding anniversary, Jan and Tom commissioned the composition of a church anthem (words from Isaiah 12:1, 4-5) for SATB chorus, organ and bell choir entitled, "Acclimation of Praise," by David Schwoebel (© 2010 Word Music, LLC). Jan also served as National Capital Presbytery Liaison to St Andrews Church, Purceville, VA, to help them call a pastor; and was awarded the Lifetime Membership Award from Presbyterian Women.

Soon after arriving in Sterling in 1970, Jan joined The Reston Chorale, singing alto in their madrigal group for several years. After a hiatus of about 20 years, she rejoined the Chorale in 2000, with her husband Tom, when the group was recruiting extra singers to sing with the 2000 Millennium Chorus, which performed on the steps of the Lincoln Memorial the evening of December 31, 1999. She retired from the Chorale in 2011, but continued to sing in the Trinity Westminster Choir until 2020.

Janice's close familial connection to her German ancestors who were colonists in South Russia (she spoke only an old Swabian German dialect when she started school at age 5), led to her long avocation as a genealogical and historical researcher of the Germans from Russia. Jan became a talented translator of old German letters printed in the fraktur type in America German-language newspapers, as well as a presenter of historical workshops at Germans from Russia conventions. She, along with her husband, Tom Stangl, became Life members of the Germans from Russia Historical Society (GRHS), the American Historical Society of Germans from Russia (AHSGR), and served on the Steering Committee of the Glückstal Colonies Research Association (GCRA). She was elected to the Board of Directors of GRHS, serving two three-year terms (2000-2006), and was elected as Vice President of GRHS for two of those years (2002-2003). She was the Chair of the Liaison Committee which led to a joint international convention of GRHS and AHSGR, held in Casper, Wyoming in 2008, a feat that has not yet recurred to date. Jan and Tom took two trips to her families' ancestral villages in Ukraine and Moldova, in 1998 and 2002, as well as many trips to the Western Europe countries (Germany, Switzerland, et al.), which were the source villages of her families who had emigrated to South Russia between 1803 and 1832.

Janice worked independently, and with husband Tom, on many Germans from Russia research projects. Using the nom de plume of Janice Huber Stangl, she authored and  published two books – Marienberg, Fate of a Village (Schicksal eines Dorfes), North Dakota State University Libraries, Fargo, ND, 2000 (printed in German and English in one volume, 357 pp.); and Collectivization in the Soviet Union: German Letters to America, 1927–1932, North Dakota State University Libraries, Fargo, ND, 2012 (printed in English, 296 pp.). Both of these books contain her translations, with commentary, of many German letters from Ukraine which were published in American German-language newspapers, between 1917 and 1932. The letters tell the stories of Germans living in Russia from World War I to the beginning of the Soviet Union. Most of the letters were written by a Küster-Lehrer (lay pastor, teacher) named Jakob Ahl, who was also a correspondent for several American German-language newspapers, and who coincidentally died in Marienberg in 1936, on the very day Janice was born. Marienberg, Odessa, was the village in which Jan's great grandmother, Euphrosina (Kruckenberg) Seefried Bader, lived with the family of her son, Emanuel Seefried, during the last years of her life, until her death in 1922, in the nearby village of Seebach – during the "Starvation Years" in early Soviet Russia. Jan also contributed several articles to the GCRA books, The Glückstalers in New Russia and North America, 2004, and The Glückstalers in New Russia, the Soviet Union, and North America, 2008. She participated in the writing of the script, and appeared in a cameo role in the acclaimed documentary video, “We’ll Meet Again in Heaven” produced by GCRA, 2004. She edited the German Russia Heritage Collection (GRHC) published “Cookbook for Germans from Russia” by Nelly Daes, with translation from German to English by Alex Herzog, 2003.

In June 1898, Janice Huber Stangl's paternal great grandfather and his family immigrated to the US from Ukraine. Jacob Huber was the youngest child of Christian Friedrich Huber – from Unterjesingen, Wü., and Rosina Friederike Kaul – from Markgröningen, Wü. – German colonists in Glückstal, Odessa, South Russia. Jacob married Rosina Ritter, daughter of Georg Friedrich Ritter [from Erhstädt, Baden] and Rosina Barbara Maier [her parents were from Reutlingen, Wü.] – colonists in Glückstal. Jan's grandfather, Jacob J. Huber married Magdalena Hoff, born near Tripp, SD, daughter of Jacob H. Hoff of Kassel, Odessa and Magdalena Ladner of Glückstal, who came to the US in 1878. Jan's father, Edward, was the third of ten children of Jacob and Magdalena (Hoff) Huber. Edward Huber married Lydia Haberer. Lydia was the daughter of Christian and Barbara (Seefried) Haberer, who were born in Neu-Beresina and Nesselrode, in Odessa. The Seefrieds came to Bessarabia via Prussian Poland as German colonists from Königsbach, Baden. The Haberers did the same from the villages of Rohrbach/Eichberg, near Schiltach, Baden. Jan's mother's grandparents were residents of the Bessarabian German colonies of Alt and Neu Elft [Seefried], Arcis [Kruckenberg], Friedenstal [Frömmerich] and Borodino [Haberer].

Share Your Memory of
Janice
Upload Your Memory View All Memories
Be the first to upload a memory!
Share A Memory
Send Flowers