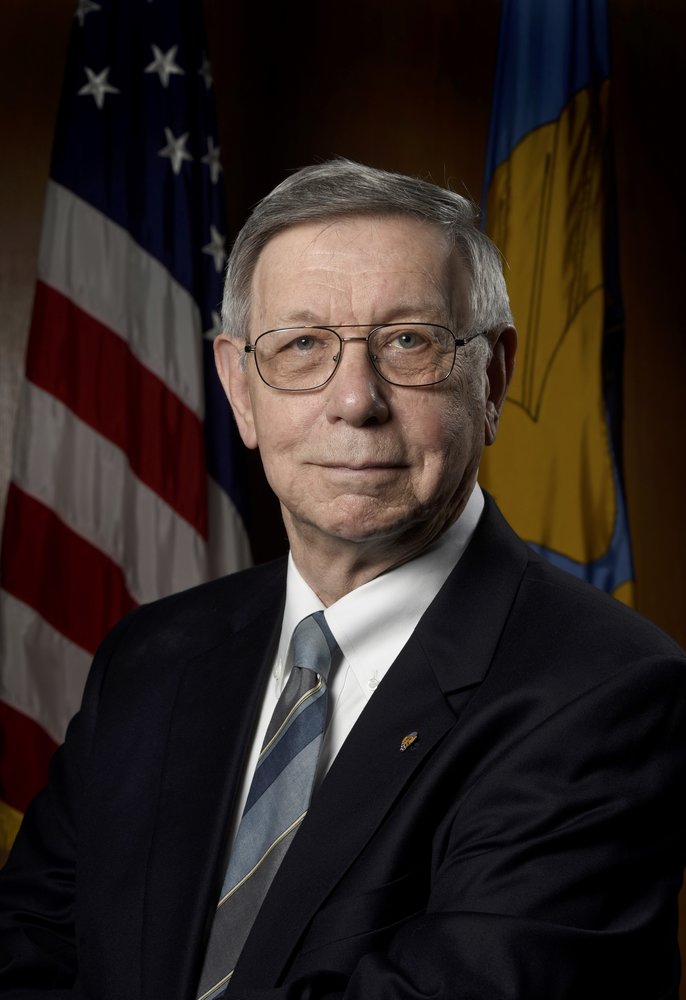 In lieu of flowers, memorial donations may be made to:
The Lustgarten Foundation for Pancreatic Cancer Research
415 Crossways Park Drive, Suite D, Woodbury, NY 11797
https://lustgarten.org/donate/

John T. Correll, 81, of Ashburn, VA, passed  away on April 5, 2021. He was a retired U.S. Air Force officer with 20 years of service, and subsequently worked as the editor-in-chief of Air Force Magazine, journal of the Air Force Association, for sixteen years.  Since his retirement from the magazine in 2002 he continued as a principal contributor, writing and publishing nearly 200 articles on military history over the thirty-five years his byline appeared in the magazine. In 2016, he received the Air Force Association’s Lifetime Achievement Award, in honor of his many contributions to the advancement of aerospace power.

He was commissioned at Air Force Officer Training School in 1962 and retired from the Air Force in 1982 as a lieutenant colonel.  During the Vietnam War, he served as the public information officer for a battalion wing in Thailand. Later, he was the editor of Airman, the official magazine of the Air Force, and served as chief of editorial services for the American Forces Information Service in Washington.  He joined Air Force Magazine as a senior editor in 1984.

Born in Conover, North Carolina, before and after graduating from Lenoir Rhyne College, he was a reporter for the Hickory Daily Record in Hickory, North Carolina. He graduated with an A.B. in History from Lenoir Rhyne College, and a master’s degree in Communications from Michigan State University. He was also a Distinguished Graduate of Air Command and Staff College.

He and Gina, his wife of 49 years, were longtime residents of Virginia.  In addition to Gina, he is survived by his daughter Donna, and granddaughter Rae.

In lieu of flowers, memorial donations may be made to the Lustgarten Foundation for Pancreatic Cancer Research at https://lustgarten.org/donate/

John T. Correll, editor-in-chief of Air Force Magazine from 1986 to 2002, a principal contributor for years afterward, and a recipient of the Air Force Association’s Lifetime Achievement Award, died April 5 at age 81.

Correll used the bully pulpit of the Air Force Magazine to argue forcefully for Air Force issues and fair treatment of the service in modern and historical context. He was senior staff advisor to AFA’s executive committee and board of directors on national defense issues, and wrote many of AFA’s white papers, special reports, and the annual Statement of Policy. He was also an unofficial advisor to several Chiefs of Staff and senior USAF leaders.

His reporting in 1994-1995 about the Smithsonian’s plans to display the newly restored B-29 “Enola Gay”—in a way that would paint the U.S. as a vengeful aggressor in WWII—rallied veteran’s groups and Congress to oppose the exhibition. As a result, the Smithsonian dropped its plan and ultimately presented the aircraft without an editorial message. For this work and his other advocacy, AFA recognized Correll with its 1995 Gill Robb Wilson Award for arts and letters.

Correll served 20 years in the Air Force, retiring in 1982 as a lieutenant colonel. He served in Vietnam and Thailand, and was a Distinguished Graduate of Air Command and Staff College. Correll was the editor of Airman, the official magazine of the Air Force, and in his last assignment, was chief of editorial services for the American Forces Information Service in Washington.

During his Air Force career, he undertook a one-year “Education with Industry” tour with Air Force Magazine, during which he proposed overhauling the annual Almanac issue, implementing a plan very close to the format that has been used ever since.

He officially joined Air Force Magazine in 1984, rising in just two years from senior editor to editor in chief. He launched a popular department—“Valor”—which ran for nearly 20 years, highlighting the stories of heroic Airmen. In 2021, he helped launch a new series, Leaders and Heroes, modeled on the Valor articles from years before.

After his retirement from the Air Force Association in 2002, Correll continued to contribute historical features to Air Force Magazine, frequently debunking myths about the Air Force, its notable personalities, and milestone events. His byline appeared in the magazine for more than 35 years.

Correll also played a central role in the creation of AFA’s Eaker Institute, forerunner of today’s Mitchell Institute for Aerospace Studies, which he conceived as an intellectual advocacy arm of the Air Force Association.

He received AFA’s Lifetime Achievement Award in 2016, for his contributions to “the advancement of aerospace power.”

“John Correll was a terrific wingman, in more ways than he may have known,” said retired Lt. Gen. Bruce Wright, president of the Air Force Association. He maintained “the highest standards of professional writing and mission-focused content,” and “his words about airpower flew with me throughout my career.” Correll’s articles, and his advocacy on behalf of airpower “provide a lasting legacy to our Airmen and Guardians of their rich heritage.”

Retired Gen. Michael Dugan, the 13th Chief of Staff of the Air Force, said, “The nation has lost a patriot today. John Correll was a writer, scholar, and historian. He was all things air and space; a meticulous researcher and a precise practitioner of English communications. He started and ended his long writing career as an Airman and was, at the close, still telling the remarkable story of American men and women serving and protecting their country at home and abroad in the air and space. He was my friend.”

Born Dec. 14, 1939, in Conover, N.C., Correll was a reporter for the Hickory, N.C., Daily Record before entering the Air Force in 1962. He earned an M.A. in communications from Michigan State University and an A.B. in history from Lenoir Rhyne College.

He is survived by his wife of 49 years, Gina; a daughter, Donna, and a granddaughter, Rae.