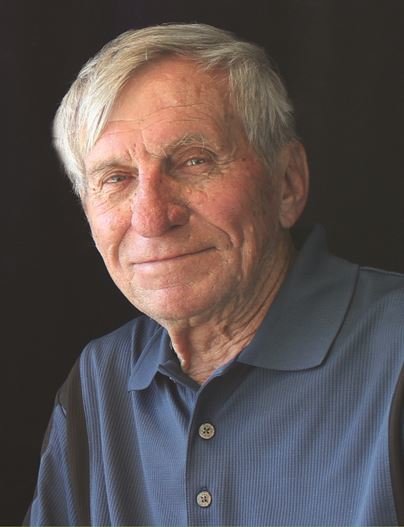 To view the prayer service at 6:30 PM click here:

Ronald Robert Ciehoski passed away peacefully on Friday, April 9, 2021.  He was the loving husband of Joan Ciehoski, devoted father of Diane and Paul Ciehoski and doting grandfather of Nicole and Rachel Ciehoski.

Ron was born in Luzerne, PA, the youngest son of the late Walter and Anna Ciehoski.  Ron served in the Air Force and then went on to complete his Bachelor’s degree in Electrical Engineering at Penn State.  Ron and Joan were married in 1959.  They purchased the 13th home in Sterling Park and resided there throughout their lives.  Ron worked for Litton Industries, a large defense contractor, as an engineer.  While working full-time, Ron pursued a Master’s degree from American University.  Ron excelled at his work leading large teams in building navigation, communication, and electronic warfare equipment; retiring from Litton after a long and exemplary career.  Ron was a member of Christ the Redeemer Church of Sterling, the Knights of Columbus, and St. Jude Roman Catholic Church at Lake Anna, where they enjoyed their lake home.  He loved to play golf and worked at a golf course after his retirement.  Ron was an avid fan of Penn State football and could always be found on the dance floor at any wedding or celebration.  Ron is proceeded in death by his wife Joan Ann Ciehoski and his brother Walter Ciehoski and sister-in-law Susan Ciehoski.  Ron is survived by his daughter, Diane Ciehoski and her partner Patricia Anderson, son Paul Ciehoski and his wife, Marilee.  In addition, he is survived by two granddaughters: Nicole and Rachel Ciehoski, as well as many nieces, nephews, and close friends.  He is loved and beloved by all who knew him.

Friends will be received on Thursday, April 15, from 5 to 7 PM at Adams-Green Funeral Home 721 Elden St. Herndon, VA. A private interment will follow on Friday at 1:00 PM in St. Jude's Cemetery.

Share Your Memory of
Ronald
Upload Your Memory View All Memories
Be the first to upload a memory!
Share A Memory
Send Flowers