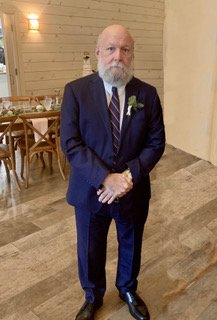 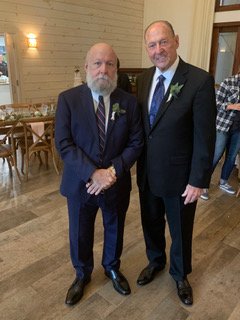 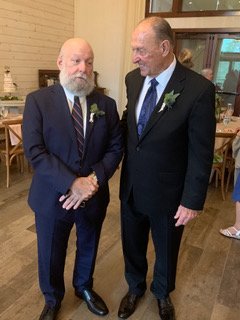 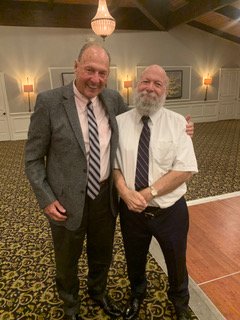 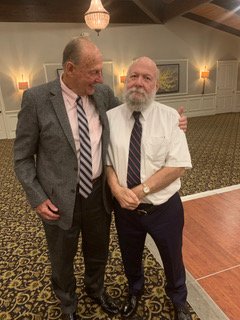 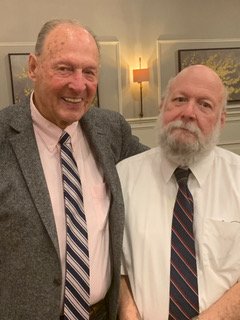 Gary Ellis Rinker, 67, returned to his heavenly home on Monday, April 12, 2021 after a lengthy illness.

Born April 29, 1954, to Jack (Haymarket, VA) and Patricia Rinker (Woodstock, GA) in Washington, DC and settled in Herndon, VA.   Gary was a friend to all and a stranger to none in that if you spent more than a few minutes conversing with him you were counted among his friends. He was a unique and caring individual who touched the lives of all who knew him and in one way or another left a lasting impression.

He was devoted to his hometown of Herndon, Virginia where he was a life long resident.  So dedicated to the town that he loved— he brought to life the town’s namesake, Commander William Lewis Herndon of Fredericksburg, VA with whom he shared a striking resemblance.  As a member of the Herndon Historical Society Gary enjoyed re-enacting Commander Herndon at a variety of town events, parades, celebrations, and for the local school community where he regaled audiences with the life and legends of the Commander.

Gary was a permanent fixture in the town of Herndon and the surrounding Northern Virginia area throughout his lifetime.   He was the proverbial jack-of-all-trades and held a variety of positions through out his lifetime as a newspaper carrier, Town of Herndon employee, chauffeur, deliveryman, Dulles Airport employee, and other jobs too numerous to list. In addition, he kept himself busy and in the know among “all things Herndon” by volunteering in arenas that interested him, which included local politics, the W&OD Railroad, Civil War re-enactments, Civil Air Patrol, and Police and Fire departments. He loved the study of electronics, walkie-talkies, CB and Ham Radio and was a frequent visitor to Radio Shack in its heyday. His hobbies included a fondness for classical and banjo music, and practicing the jaw harp.  He also enjoyed old time radio and movie classics, with his all time favorite skit being Abbott and Costello’s Who’s on First, which he loved to share and laugh about.

He was a graduate of Herndon High School where he lettered with the Herndon Hornet Football team as the Team Manager under the leadership of team coach James B. Ashwell who relied on Gary as his right hand man on and off the football field where they maintained a lifelong friendship until Jim’s passing in 2012.

He was a faith professing member of the First Baptist Church of Herndon, Virginia and then later Chantilly Bible Church, of Chantilly, Virginia.

Visitation with the family will be held at Adams-Green Funeral Home, 721 Elden Street, Herndon, VA on Friday, April 16, 2021, 5-8pm. (Adams-Green requires masks to be worn while indoors in accordance with current Virginia regulations.)

In lieu of flowers,  the family wishes contributions be made to Chantilly Bible Church, in memory of Gary.

Share Your Memory of
Gary
Upload Your Memory View All Memories
Be the first to upload a memory!
Share A Memory
Send Flowers