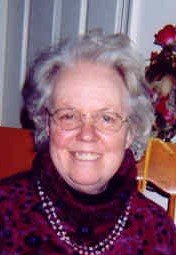 Evelyn Marie Ketterer Lauxstermann passed away on April 22, 2021, at 7:30 AM at Dulles Health & Rehab in Herndon, VA, after a long illness.

Evelyn was born Dec. 28, 1932 to parents Agnes (Anderson) and William Ketterer in Berkeley, Calif.  Early in her life, Evelyn sustained great loss with her father’s death in 1946 and then her mother’s seven years later.  While caring for her mother, who had fallen ill, Evelyn overcame loneliness by devoutly reading the bible, from which she drew strength and comfort.

Shortly after her mother’s death, Evelyn left a typist-clerk position to enroll at Western Baptist Bible College in Oakland, Ca. and attended for two years. On May 10, 1956 Evelyn married Richard “Dick” Lauxstermann in Berkeley, Ca. They continued to reside in California, including the small Trinity Mountain town of Dunsmuir, before moving to Virginia when Dick accepted a career position in Washington, DC.

The couple made Virginia their home. Evelyn’s days and years were spent serving the Lord. She volunteered with Prison Fellowship Ministries, for many years, and was a long-time member and organist (three-keyboard) at Grace Presbyterian Church in Vienna. During the 1970’s, Evelyn experienced the joy of having several books published by Presbyterian and Reformed Publishing. Dick Lauxstermann passed Eastertide, 1992. Evelyn described her 38 years with Dick as “a strong and wonderful marriage.” She was also preceded in death by her brother Warren A. Ketterer, M.D. in Sept. 1996.

Share Your Memory of
Evelyn
Upload Your Memory View All Memories
Be the first to upload a memory!
Share A Memory
Send Flowers