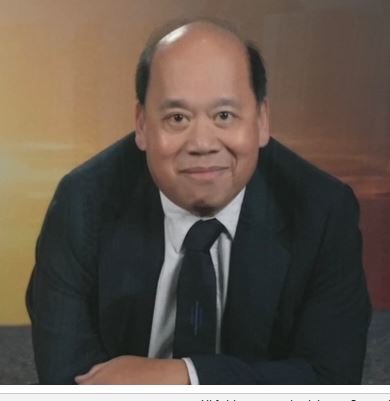 Nestor Edwin Diolazo, long-term resident of Herndon, VA, passed away peacefully on the morning of April 22, 2021 at the age of 63 years old.

Edwin was born in Manila, Philippines on December 31, 1957. He spent his childhood on the tree-lined province of Pagsanjan, Laguna. He studied information technology from Far Eastern University that led to his long term career in the field before his retirement from Navy Federal Credit Union. He went to culinary school to pursue his passion for international cuisine. He loved history especially the period of World War II. He was an active participant in World War II battle reenactments in Virginia. He was an avid gun collector. He also enjoyed travelling, and especially loved Spain. He often enjoyed cruises on the Carribean with his wife Aida of 36 years. He loved cooking and sharing meals with his family and friends. His witty sense of humor made those around him laugh.

Edwin is survived by his wife, Adelaida B. Diolazo, his mother, Clarita Diolazo, his sisters Maria Teresa Atienza and Hazel Darisse, his step-daughter Ailene M. Mendoza, his grandsons Ethan and Dylan Mendoza, his nephews Andrew and Adam Atienza, Hunter and Schuyler Darisse, his brothers-in-law, Jun Atienza and Thomas Darisse, and his son-in-law, Carbie Mendoza. He was preceded in death by this father, Nestor Diolazo.

Share Your Memory of
Nestor
Upload Your Memory View All Memories
Be the first to upload a memory!
Share A Memory
Send Flowers