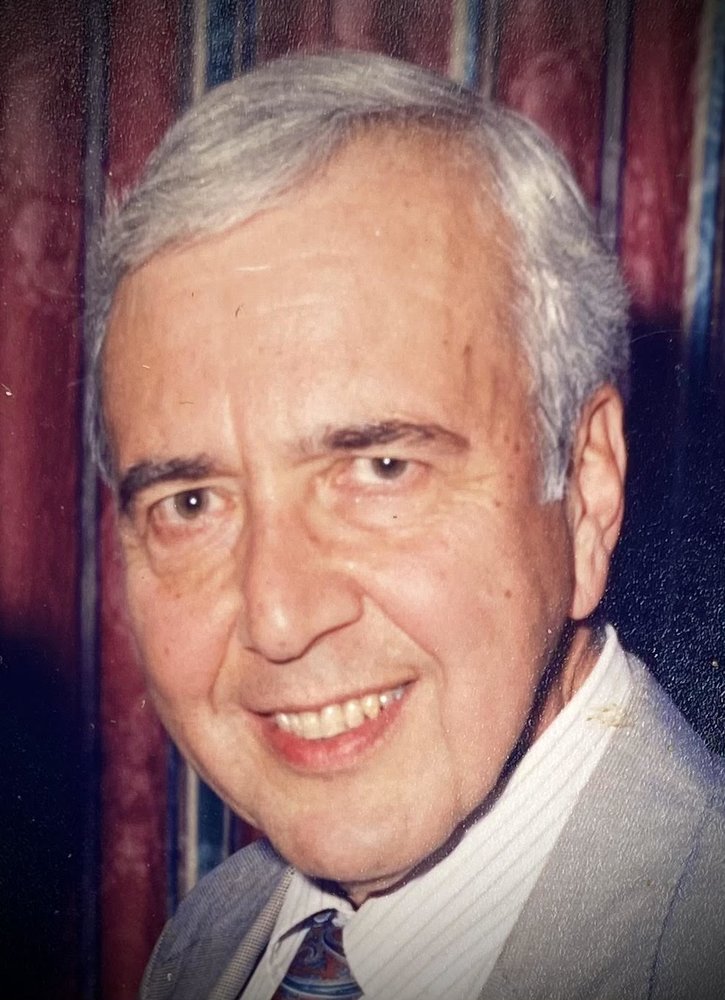 Joseph Francis Campagna, age 87, of Reston, VA, died peacefully, surrounded by his loving wife, Juliana, family, and friends, on April 29, 2021. He was born on June 21, 1933 to parents Elizabeth and Frank Campagna and grew up in the Italian neighborhood of south Philadelphia, PA, with sisters Kay Tompkins (William) and Francine Thomas (Richard).

Joe attended Philadelphia’s Central High School and, upon graduation, entered William & Mary in Williamsburg, Virginia, on a full academic scholarship. He thrived at the college and met some of his lifelong friends while being active as a member of the Sigma Pi fraternity and a waiter at the Kings Arms Tavern. Joe graduated in 1955 with a degree in Philosophy (Logic),

It was at William & Mary where Joe met Jane Holland, whom he married in 1955. They had three children, Faye, David (Ann Marie Stock) and John (Vivian Miller). During this time, Joe joined the Army (1956-1959), had his first corporate job with RCA where he coded for the early computers being developed at the time, and later joined IBM and then Control Data, where he entered sales of mainframe computers. He founded two companies, one with partner Don Butler and another with partner Jimmy Howard, where he focused on equipment leasing for the remainder of his career.  He developed great friendships with those who worked with him, including his executive assistant, Peggy Keating.

Joe’s love of family extended to his grandchildren, Brandon Bishop, Miranda Bishop, Thomas Maples, and Lila Grace Campagna and his many nieces and nephews and great-nephews PJ and William. Joe and Julie spent many summers with Brandon and Miranda during their formative years, and he loved talking about entrepreneurship with Tommy and listening to Lila play the violin. During his final years, he was blessed to have Miranda come and live with him and Julie, and she provided great help and comfort to the end. He also had a great love for the extended family, including Nolvia and her children Emily and Edwin.

In addition to family, Joe had a great love of travel. Together with Julie, he traveled to countries in Europe, Africa and across the Americas. His sense of adventure extended to foods of the world, beginning with the Italian dishes of his childhood to the Asian cuisines of Japan, China and Korea and his love of spicy cuisines found in India and Mexico. Joe was an exacting critic of gourmet food and only one restaurant, Kazan’s Turkish restaurant, consistently met his expectations. Yet he also adored TastyCakes for over 80 years. He and Julie delighted in hosting family and friends for lavish meals in their beautiful home.

Joe deeply felt his Italian heritage and traveled numerous times to Italy and visited most provinces. His search for family ties in Sicily led to a young woman, Maria Grazia Tuttocuore, with whom Joe and Julie developed a deep bond.  Maria helped locate Joe’s cousins Giuseppe and Carmela Campagna, their daughters, Anna and Graziela, and their families.

Joe’s passion for Italy and his love of his alma mater inspired Joe and Julie to fund endowments for scholarships and study abroad to Italy at William & Mary. Many students have had transformative learning opportunities, and future generations will continue to benefit from Joe and Julie’s vision and generosity. Joe’s connection with Italy was also enriched by new friendships developed as part of the Briscola Club in Washington, D.C.

Joe will be remembered for his sense of adventure, unwavering optimism, and devotion and bountiful generosity to family and friends. A Memorial Visitation will be held at Adams-Green Funeral Home on Saturday, May 8, between 1-3 pm.

Joe chose his final resting place as the Memorial Gardens at William & Mary. The family requests that in lieu of flowers, memorial contributions be made to the Campagna Italy Scholarship (#2426) at William & Mary. Checks should be made payable to the William & Mary Foundation and sent to Gift Accounting Office, P.O. Box 1693, Williamsburg, VA 23187-1693. Memorial gifts can also be made online at giving.wm.edu.