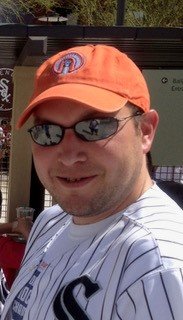 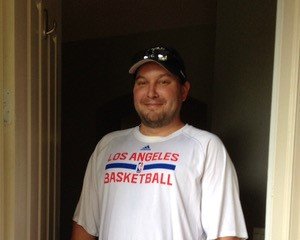 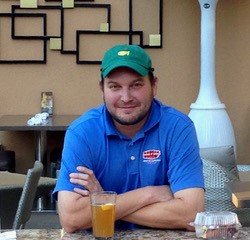 Family requests that in lieu of flowers, prayer intentions are offered for Jimmy.

James E. (Jimmy) Hanlon of Vienna, Virginia passed away on May 4, 2021. He was born on January 24, 1980, in the southern Chicago suburbs where he spent his early years with his twin brother Sean and parents Linda (Lynn) and James (Jim). Jim is survived by his parents, his twin brother Sean (Jacqueline (Jackie)) and nieces Kaelyn and Emily, both Jim’s goddaughters.

The family moved to Vienna, Virginia in 1984 where Jim completed his elementary education and then attended Gonzaga College High School in Washington DC. At Gonzaga Jim played hockey, a sport he would be connected to for life. The ethic at Gonzaga of being “Men for Others” in the Jesuit tradition instilled the values Jim lived every day.  Jim then attended the University of Illinois where he was a member of the Phi Sigma Kappa fraternity before graduating in 2003 with a bachelor’s degree in political science.  It was at the University where Jim found his attraction to building – facility management while working at the University ice arena serving as one of the student assistant managers. Friends he made at Gonzaga and as an Illini he would keep for life.

After graduation, Jim entered the building operations profession where he excelled. After a short stop at a facility in the Chicago suburbs, he was called to the National Hockey League. Over the next 15 years he served in a series of senior manager positions at some of the largest venues in the US including: the BB&T Center in Sunrise, FL; the State Farm Arena in Atlanta, GA: the Gila River Arena in Glendale, AZ: the Staples Center in Los Angeles, CA: and the American Airlines Center in Dallas, TX.  More recently he worked as a project engineer for DFS Construction in Arlington, VA. Jim was an active member in a number of national industry organizations including: National Hockey League Facility Operations Managers Association, Education Director 2013-2015 and USA Hockey – US Ice Rink Association, board member.

On his professional journey Jim did not acquire acquaintances, he developed friends for life; whether at the workplace, serving on a committee, at the local Parish or at the golf course.  His interests included: social justice issues; talking and attending car races with brother Sean; and most sports with hockey always number one.

Jim was a Third Degree Member of the Knights of Columbus and a member of the Padre Pio Council at St. Catherine’s for 23 years. He was currently serving as a Council Officer.

Jim is remembered as a loving son, brother, uncle and friend to all; quick to volunteer …” I can help with that”; playing zoom euchre or real time analysis of the Illini games with his college buddies; and always willing to reach out to a friend, a colleague, or a stranger.  He was a Man for Others.

A Funeral Mass will be offered at St. Catherine of Siena Catholic Church on Thursday, May 13, 2021 at 1:00 PM. (1020 Springvale Road, Great Falls, VA) At the families request, masks will be required inside the church and will be provided at the entrance of the church for those that do not have one.

Recognizing the on going pandemic, the family has not scheduled a visitation or reception at this time. Plans are to hold a celebration of life at a future time. The only memorial contribution requested by the family is to offer prayer intentions for our son, Jimmy.

1:00 pm
St. Catherine of Siena Catholic Church
1020 Springvale Road
Great Falls, Virginia, United States
Masks will be required inside the church and will be provided at the entrance for those who do not have one.
Need Directions?
View Map | Text Directions | Email Directions