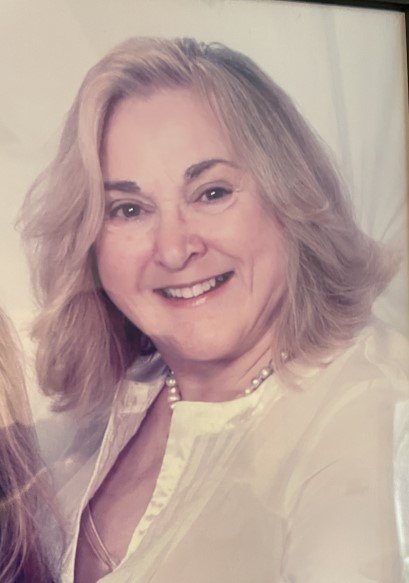 Patricia was born June 13, 1941, in Pennsylvania to the late Charles and Grace Day.  She graduated from Hershey High School in 1959 after which she became an Arthur Murray dance teacher in Harrisburg where her first student was her future husband, Victor.

They married in July 1960 and took up residence in Elizabethtown Pennsylvania.  Their first child, Maureen was born in May 1961 followed by birth of Theresa in October 1962 and then Victoria in 1964.

Late in 1960 they moved, due to Victor’s work transfer, to Vienna, Virginia.  Patricia graduated from Northern Virginia Community College and thereafter was employed byInternational Tool Works to work in their Human Relations Department.

In the early 1980’s, Patricia started her own business, Kehler Associates, a recruiting firm specializing in the highly technical field. Patricia brought the firm to great financial success and was able to retire in 2010 after dissolving the company.

She enjoyed travel, spending time in Italy and in resort areas of Mexico as well as many cruise ship excursions to the Caribbean. Despite travelling far and wide, her most enjoyable trips were the many years on vacation with Victor and the families of their three daughters in oceanfront beach houses in the Sandbridgearea of Virginia Beach.

In 2010, Patricia and her husband, both retired, took up residence in Sterling, Virginia to enjoy their golden years with their precious and beloved dog, Stella – a miniature labradoodle who passed away in March 2020.

Private memorial services will be held at a later date, to be announced.

In lieu of flowers, memorial contributions are suggested to Amercican Cancer Society (www.cancer.org)