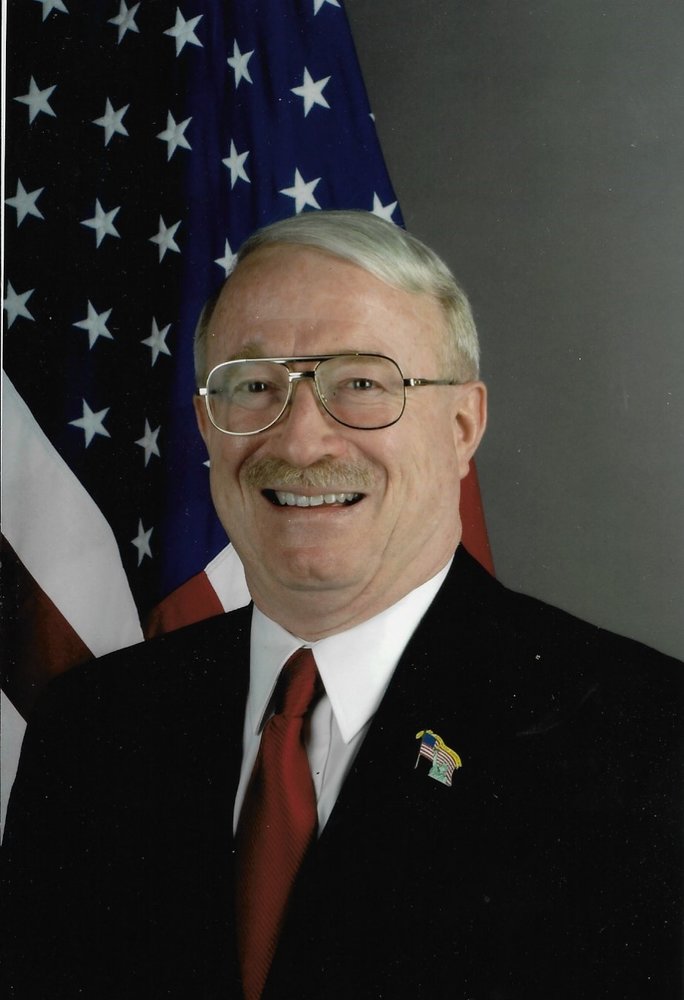 Robert Bernard Nolan, 69, passed away peacefully at his home in Reston, VA, on June 9, 2021, with his family by his side. Rob died after the sudden onset of an extremely rare form of cancer, chronic neutrophilic leukemia. He lived a life devoted to his family, steadfast in his Catholic faith, and dedicated to serving his country.

Rob came from a Foreign Service family and got an early introduction to overseas life accompanying his parents on his father’s assignments to Kenya, Sierra Leone, Cyprus, and Yemen. His mother also worked at the U.S. Department of State’s Passport Agency in Philadelphia for many years. After graduate studies at George Washington University, Rob joined the Foreign Service in 1976, along with his younger brother, Steve. They were the first siblings to enter the Foreign Service in the same A-100 class. Another first came years later when the brothers were posted as ambassadors in southern Africa at the same time. In total, Rob’s family has proudly served the Department of State for over 100 years.

Rob was known as a caring and compassionate leader, always with a calm hand and warm smile. His first overseas assignment in the Foreign Service was as the General Services Officer in Conakry, Guinea. Over the course of his career, Rob was posted in Antananarivo, Madagascar; Helsinki, Finland; Havana, Cuba; Monterrey, Mexico; and Maseru, Lesotho. In Monterrey, Rob served as U.S. Consul General. Rob’s last assignment abroad was as U.S. Ambassador to the Kingdom of Lesotho. Key domestic assignments included service as Executive Director of the Bureau of Western Hemisphere Affairs; Director of the Office of Career Development and Assignments; and Director of the Office of Performance Evaluation. Even after formally retiring, Rob continued to serve the Department on special assignments and projects until mid-2020. He was well known throughout the Department for his wisdom, incredible kindness, and generous mentorship of Foreign Service and Civil Service colleagues.

Over the course of his distinguished career, Rob imparted his love of international affairs to family members and many friends, hosting them for extended stays abroad, some for the first time in their lives, to fascinating places they otherwise would never have visited. Rob was a lifelong member of the American Foreign Service Association. He served his community through volunteer work at Saint Thomas à Becket Catholic Church, volunteer work at the Catholic churches he attended while living abroad, and through leadership positions in his neighborhood association in Reston, Virginia. Rob cherished a broad assortment of family pets over the years, but particularly loved his three collies.

Rob’s family and faith were the most important aspects of his life. He is remembered as a devoted husband, loving father, and doting grandfather and uncle. Rob is survived by his beloved wife, Nancy, and their three children, Meghan Killiany (Steven); Ryan Nolan; and Colleen Akpati (Olisa). He leaves behind six wonderful grandchildren: Kaitlyn, Emma, and Abigail Killiany; and Evelyn, Elise, and Joseph Akpati. He is also survived by his brother, Ambassador (Ret.) Stephen Nolan (Judy). Rob is predeceased by his parents (Bernard and Mary Nolan) and sisters, Monica Kowalski and Bernadette Hoffman.

A private Catholic mass with his immediate family will be held. In lieu of flowers, the family requests that donations be made in Rob’s name to the Catholic Relief Services (www.crs.org).