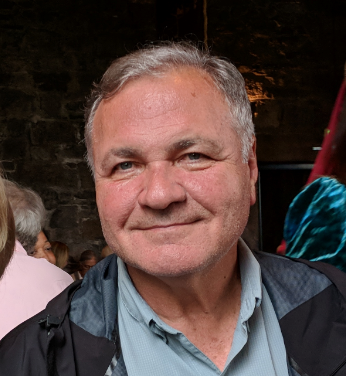 Gary Richard Walker, of Ashburn, VA, passed away peacefully at the age of 74 on July 8, 2021, at his home surrounded by his loving family.

Gary was born and raised in the Buffalo, NY, suburb of Kenmore. He graduated from Kenmore West High School and received his Bachelor’s degree from Kent State University. Gary and his wife, Janice, moved to Ashburn, VA, when he retired in 2009 after many years in the executive recruitment and sales industries. They spent much of their retirement traveling around Europe, often cruising across the Atlantic to reach destinations in Italy, Greece, and Great Britain.

Gary was an avid fisherman and loved playing golf and traveled with a close group of friends each year to enjoy both. He was a devoted fan of the Buffalo Bills and Buffalo Sabres. The family held season tickets for more than 20 years and Gary even attended the heart-breaking Super Bowl XXV. After coaching his daughter’s softball team for many years, Gary turned his attention to becoming a sports official. He spent many years in both Buffalo and the Northern Virginia area officiating girls’ softball and volleyball and was invited each year to officiate regional and state championship games.

Gary is survived by his devoted wife of 53 years Janice (Hoffner) Walker, his daughter Debra (Walker) Fletcher, son-in-law Jason Fletcher, and his grandchildren Aiden and Isabelle Fletcher. He was predeceased by his parents Adam Walker and Josephine (Todaro) Walker and sister Marianne (Walker) Eubanks.

He will be remembered most for his unfailing logic, soft-spoken kindness, and loving devotion to his family.

In lieu of flowers, memorials are suggested to a charity of your choice.

Share Your Memory of
Gary
Upload Your Memory View All Memories
Be the first to upload a memory!
Share A Memory
Send Flowers