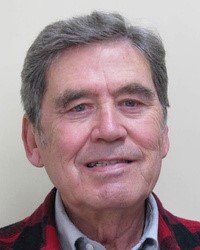 Harold Edward Bertrand, Jr. passed away suddenly on July 8, 2021, at Reston Hospital Center, at the age of 85.

Hal was born on October 11, 1935, in Buffalo, NY, the first child of Harold Edward and Helen Mary Bertrand. After graduating from Canisius High School (class of ‘53) in Buffalo, NY, he went on to the University of Detroit, graduating with a degree in Aero-Engineering; Hal served in the Army until 1962.

Over the next two decades, Hal worked for several companies in metro Washington, DC (PRC, SRI), before joining the Institute for Defense Analysis (IDA) in 1986. His initial focus at IDA was on aviation propulsion issues and armored vehicles, and he made 14 trips to Paris to negotiate trade contracts in this area.  After the collapse of the Berlin Wall, Hal was sent to East Germany to study Soviet Aircraft technology.  In 1990, Hal led the analysis team on the Counter-Mine and Humanitarian Demining Programs, and it was through this work he ultimately ended up focusing on the mechanical extraction of landmines for the United States and NATO. Up until death, Hal was happily active in his work.

Hal lived life to its fullest with great purpose until the end, guided by his Catholic faith and kind heart. He is survived by his loving wife of 54 years, Barbara Jean (Hauver); his three children Andrea (Leal) of Cheverly MD, John of Boulder Creek CA, and Michael of Clyde NC; sisters Audrey (Hernquist) Fran (Smith) and brother Ronald in New York.

A funeral mass will be held on Saturday, July 17, 2021 at 10am, at Saint Catherine of Seina, 1020 Springvale Rd, Great Falls, VA. In lieu of flowers, the family suggests a contribution in Hal’s name to United Nations Mine Action Service (www.UNMAS.org/en).

Share Your Memory of
Harold
Upload Your Memory View All Memories
Be the first to upload a memory!
Share A Memory
Send Flowers
Plant a Tree