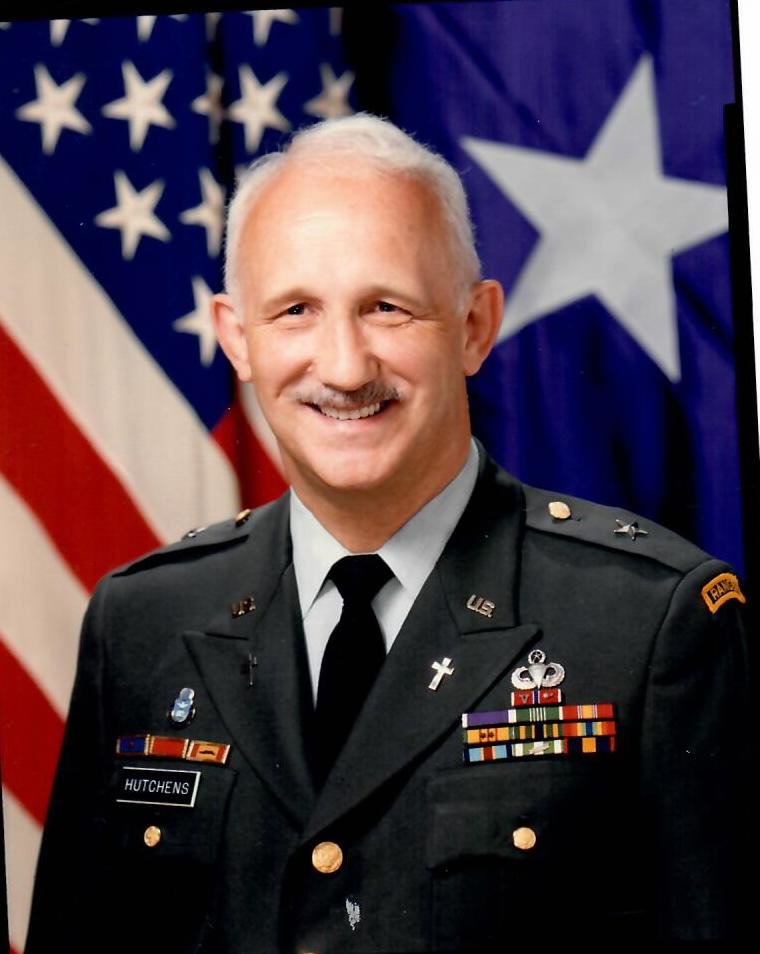 The service will be livestreamed please click here: https://my.anc.media/3H0ZmvT

Dr. Reverend James Hutchens departed for the presence of his Lord and Savior Jesus Christ, on July 13, 2021.  Retired Brigadier General, U.S. Army in 1992 as the Assistant Chief of Chaplains, he previously served as Chaplain of the D.C. National Guard.  Jim Hutchens was born in Indianapolis, graduated from Kokomo High School, and enlisted with the 11th Airborne Division in 1952.  He married Patricia Mercer in 1959, graduated from Wheaton College IL in 1960, and Dallas Theological Seminary in 1964.  Commissioned in the U.S. Army, he became the first Chaplain to earn the Ranger Tab.  As detailed in his book Beyond Combat, Chaplain Hutchens was wounded and decorated for valor in the Vietnam War with the 173d Airborne Brigade, and then joined the US Army Special Forces.  Upon leaving active duty, he was a resident chaplain in Jerusalem and then Wheaton College, and later graduated from Fuller Theological Seminary in 1974.  Dr. Hutchens returned to Israel for ministry, then in Highland Park IL, teaching and supporting Messianic Judaism, as described in his co-authored book Guilty, Keeping God’s Covenant of Love with Israel.  A resident of northern Virginia since 1980, Dr. Hutchens was the founding pastor of Christ Church of Arlington, PCA and served as President of The Jerusalem Connection International.  Preceded by his beloved wife Patty, Dr. Hutchens is survived by his son Mather Hutchens, daughters Sarah Bramblett and Rachel Criswell, twelve grandchildren and seven great-grandchildren.  He will be buried in Chaplain’s Hill, Arlington National Cemetery. In Lieu of flowers donations may be made to The Jerusalem Connection International  https://thejerusalemconnection.us/jim-hutchens-2/