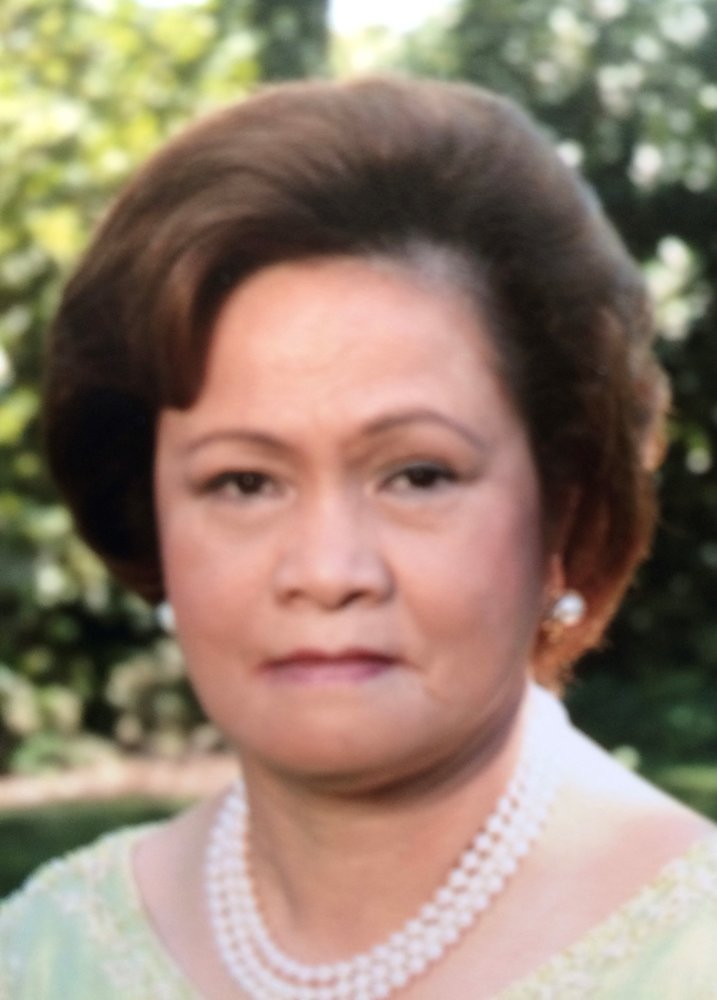 Lourdes met Armando Alacbay in Virginia Beach, VA after being named godparents to the child of mutual friends, Rudy and Angee Mariano. The two married in 1970 and later moved to Herndon, VA to raise their children.

Lourdes lived her life like a firecracker. She unabashedly embraced the unknown and made it her own. When she first arrived in the US, she had a bag of belongings and some cash, and didn’t know how to use a public pay phone. She immersed herself in American culture, boarding with various elderly women who would host her for a few months as she moved from hospital to hospital along the Eastern Seaboard.

When she settled at Sibley Memorial Hospital in Washington DC, there wasn’t a person from janitor to hospital management who didn’t know Lourdes, or as she was fondly called Lou. She was the loudest voice in the room, the biggest personality, and for many the friend they would call for advice or support.

She loved her Dallas Cowboys, much to the chagrin of the rest of her family rooting for the hometown favorite. And, most recently, she loved reconnecting with her childhood friends. Known as Ludy to those closest to her in her early years, she enjoyed reminiscing with her classmates, recounting their adventures from grade school to high school. Having experienced similar life challenges, she found comfort learning where life has taken her old friends over the years.

Lourdes is survived by her devoted husband of 51 years, Armando P. Alacbay; daughter, Maribel Aber and her husband Robert of Marco Island, FL; son, Armand B. Alacbay, Jr. and his wife Dandi of Centreville, VA; and her sister, Dr. Eleanor F. Bucaycay of Sacramento, CA.

Share Your Memory of
Lourdes
Upload Your Memory View All Memories
Be the first to upload a memory!
Share A Memory
Send Flowers