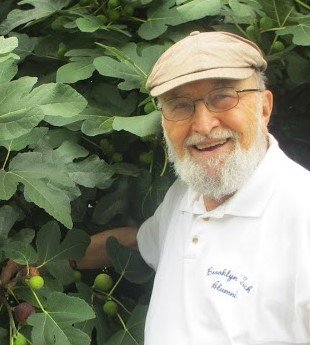 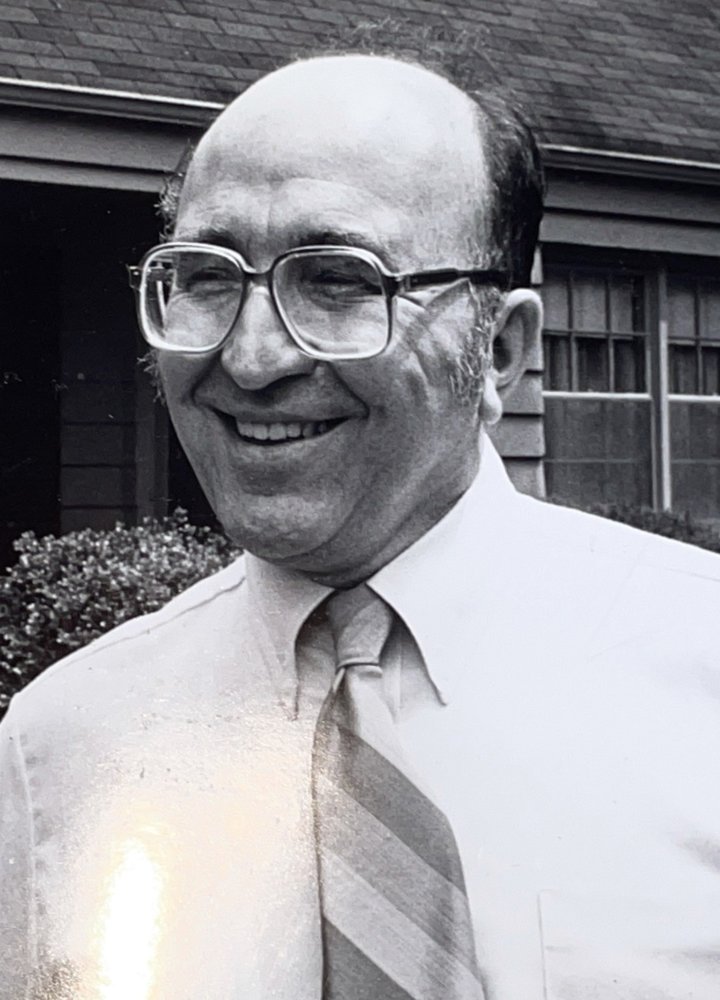 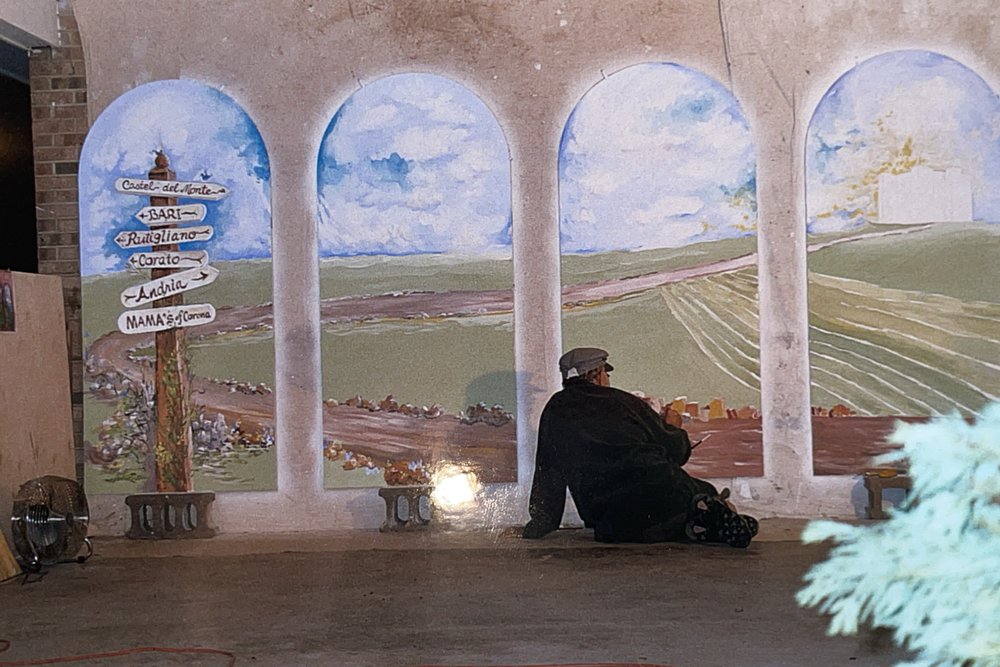 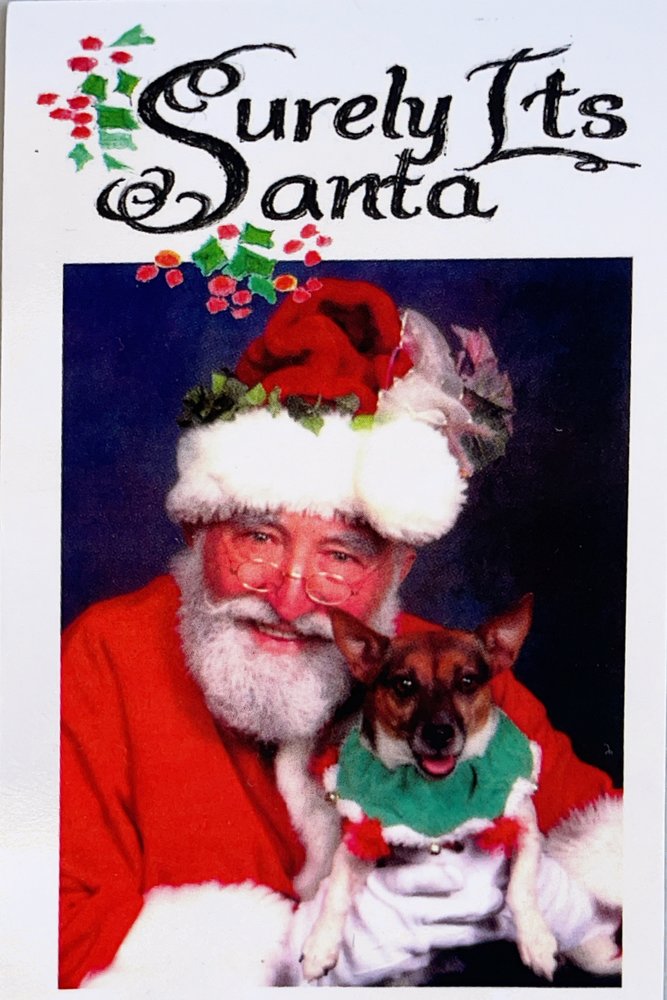 Tony was born on July 27, 1936 in Brooklyn, NY to Italian immigrants, Anthony and Louise DeBenedittis.  He graduated high school from Brooklyn Tech, earned a Bachelor’s degree in Industrial Design from Pratt Institute, earned a Masters of Fine Arts from Catholic University and completed 30 additional credits beyond his masters.  Tony grew up in Brooklyn, NY then moved to the Washington, DC area in the 1960’s where he met his beloved wife Mary and later set roots as a fixture in the Herndon community.

Tony, also known as “Mr. D,” was a lifelong artist and art teacher at the middle and high school level for 30 years in Fairfax County, 25 years of which was spent as the unique and loveable art teacher at Herndon High School.  After retiring from FCPS in 1991, he worked a variety of jobs including as an extra in movies, substitute teacher, food demonstrator in stores, teaching a variety of art classes, but his favorite was playing Santa Claus (with a natural beard!) which in recent years he did for charity.

He is preceded in death by his sister Carmela Cettina (Frank) and grandson Renton Anthony DeBenedittis.  He is survived by his beloved wife of 57 years, Mary, and children Tony, Julie (Terence) Brunson, Stephen (Rosemary) DeBenedittis and Jennie (Tim) Albers and grandchildren: Troy, Madeline and Marlise Brunson, Emmaleen and Stephen DeBenedittis and Luke, Stella, Leo, Paul and Charlie Albers, all of Herndon, Virginia.  He is also survived by his brother Charles (Marie) DeBenedittis and sister Josephine (James) Ball and many nieces and nephews (who affectionately referred to him as “UA” or Uncle Anthony), cousins and numerous extended family members.

Tony was a unique and endearing man of great faith and true humility.  Recognizing our fallen nature as humans, Tony placed his trust in Our Lord and his eyes towards heaven as devout Catholic, with special devotion to St. Padre Pio:  “Pray, Hope and Don’t Worry.”  He had concern for the souls of others and his somewhat unpredictable ways helped contribute to making his wife Mary, a saint here on earth.  He received the sacraments often, admitting his faults and struggles, making regular Confessions and receiving Jesus in the Eucharist.  He desired to lead others to the Lord, sometimes in unconventional ways J.  Tony was an active member of St. Joseph’s Catholic Church and also frequented St. Catherine of Siena parish.

Family was of utmost importance to Tony, often stating, “It doesn’t get any better than this!”  He and his wife Mary have lovingly cared for Tony, their disabled son. “Buppa,” as he was affectionately called by the grandkids, was known for bragging about the pride and joy of his life-- his children and grandchildren.  Tony was always up for a party, loved to laugh and be the center of attention.  So many fond memories were made with Tony’s family in New York City, and Mary’s family in Rochester, NY, which usually revolved around lots of “nice” bread and delicious food.   Tony had a zeal for life, bringing excitement and joy to those he met, and truly enjoying the company of others.  He made friends at places he frequented around town.  He deeply enjoyed sharing his faith with his “McGeezer” friends (older folks who would meet at McDonalds after daily mass).

As an artist, Tony found beauty in many things and desired to inspire others, especially children, in their own creativity. Over his lifetime, Tony was very active in the Herndon community.  His legacy is etched in our town.  Tony designed the Herndon Town Seal in 1976 that is still used today, was active in the Herndon Historical Society, and was honored to receive the Citizen of the Year Award in 1984.   While he identified as independent, his strong convictions rooted in his faith led him to be very active in elections and pro-life issues.  Tony had a plethora of interests: he enjoyed food and cooking (pasta, of course!), performing music and acting in community theatre, thrift store shopping, creating original artwork,  growing plants and flowers, dancing at social gatherings, singing karaoke, hanging out at the Herndon Senior Center (ceramics class), and travelling internationally (including Italy, Germany, Honduras, Jamaica). He was proud to be a 4th degree Knight in the Knights of Columbus.  Tony is survived by his faithful dog Horton and preceded in death by his canine friends Rocco and Shirley.

Tony had a huge, generous heart and always wanted to give you something, whether it be a holy card, a prized possession, a thrift store treasure or fresh figs grown in his yard.  He was the original recycler; “Don’t throw that out, I can use it for something!” -- usually a creative piece.  He was always making up games, joking around and mentioning ‘canzones’(Italian sayings).  Tony was a true character, full of life and love with his funny antics and thoughtful gestures.   God broke the mold when he created Tony.  His eccentric spirit, living faith and loving personality will be missed by all who loved him.  May the perpetual light of Christ shine upon Tony for all eternity.

Visitation hours will be Thursday August 12, 2021 from 1-3pm and 5-8pm at Adams Green Funeral Home 721 Elden Street, Herndon.  Funeral Mass will be on Friday August 13, 2021 at 11:00am at St. Joseph Catholic Church at 750 Peachtree Street, Herndon, with internment to follow at Chestnut Grove Cemetery, 831 Dranesville Rd, Herndon.

Donations In Memory of Tony DeBenedittis can be made to:

All Ages Read Together:  www.allagesreadtogether.org

Share Your Memory of
Anthony
Upload Your Memory View All Memories
Be the first to upload a memory!
Share A Memory
Send Flowers
Plant a Tree