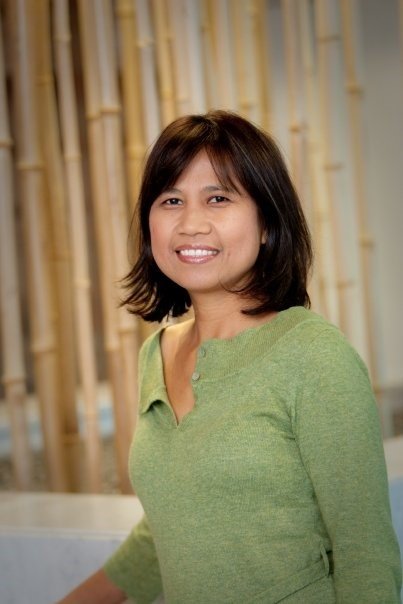 On Saturday, August 7, 2021, Elizabeth “Liz” Rudison passed away peacefully at the age of 57. Liz was surrounded by a loving family, which she loved unconditionally and selflessly. She was adorned with prayers from Chaplain Sr. Chief Marcos Castillo (USN Ret), Heritage Fellowship Church Senior Pastor Rev. Dustin Sullivan and Rev. Joyce Howard and as well as many friends and family throughout the world.

Liz was born June 1, 1964 in the Ilocos Norte province of the Philippines, to Eulalio & Marta Isidro. She later immigrated with her parents, brothers, and sisters to Honolulu, Hawaii where she graduated from Wallace Rider Farrington HS in 1982. Shortly thereafter, she began working as a dental assistant, kick starting a lifelong career in the dental industry.

Liz first met LCDR Ron Rudison (USN Ret.) in Hawaii and in 1992, they moved to Herndon, Virginia where they were married. In 1998, Liz and Ron welcomed the birth of their son, Alexander Rudison whom she proudly claimed as her greatest accomplishment, especially after he graduated from the US Naval Academy Class of 2021, ranked as Ensign. During the commencement, she was thrilled to watch Alex shake hands with US Vice President Kamala Harris, the Commandant of the Marine Corps, SECNAV, and VADM Buck. Many credit Liz in raising Alex to be the confident, independent and successful young man he is today.

Liz was well accomplished throughout her lifetime earning many accolades. She trained in the art of Tae Kwon Do earning herself a well-deserved 3rd degree TKD black belt under Master Tak of the Sun Taekwondo Dojo. She was Head of Treatment and Dental Assistant at Dr. Brown’s Dentistry Practice in Arlington, VA, improving the lives of thousands of people by giving them a reason to smile. She served in a strategic role as Team Statistician for Hawaii Admirals and Navy Washington DC Men’s basketball teams. Equally notable, was her supporting role in the Phoenix Rising Basketball Program for boys and girls with Alex being one of the many rising stars.

As a talented home chef, she expressed her love by gathering everyone around a dining table to share good food and great conversation. She would often and without hesitation, help anyone in need and would go above and beyond what was required all while flashing her trademark smile with dimples.

Liz is survived by her husband LCDR Ron Rudison USN Ret., son Ensign Alex Rudison USN Class 2021, parents Eulalio and Marta Isidro, brothers Eulymar and Robert Isidro, sisters Wilma Dres and Melani Corpuz, along with many nieces, nephews, and cousins all of whom can consider themselves her favorites. At the eve of her passing there was an air of sadness by many who loved her and would miss her dearly. Although this is a bitter loss, Liz’s battle left us with the strength, grace, and love to help us cope, giving herself to others in need one final time.

Services to be held at the Heritage Fellowship Services on 11 August at 2501 Fox Mill Rd, Reston VA. Visitation at noon followed by memorial services at 1:00PM. In lieu of flowers, please consider donating to HeritageFellowshipChurch.org. After the service, Liz will be flown to Honolulu, HI and laid to rest.