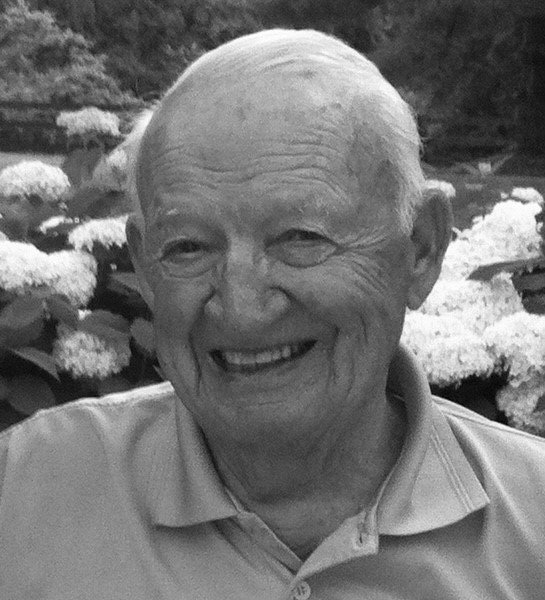 Born in Milwaukee, WI on November 7, 1924, Clarence “Papa” had nice childhood where he enjoyed playing baseball and speed skating.  After graduating from High School Clarence was drafted into the Army where he served as a Sergeant with Company C, 371st Engineer Construction Battalion where he  participated in four campaigns including the Battle of the Bulge.  Once honorably discharged in 1945, Clarence began working for the Army as a civil service employee and was stationed outside of Paris where he met and later married the love of his life Andree.  They remained in Europe until 1967 when they moved with their two children to Virginia.

Clarence was very involved with his family and community.  He loved spending time on the beach, on the slopes and was a world traveler.  He will be greatly missed by his family and many friends and acquaintances.

Mass will be at St. Thomas a Becket Catholic Church, 1421 Wiehle Ave., Reason, VA on Friday, August 20th at 1:00 p.m. followed by interment at Arnon Cemetery in Great Falls.

In lieu of flowers, memorial donations may be made to the charity of your choice in Clarence’s name.

Share Your Memory of
Clarence
Upload Your Memory View All Memories
Be the first to upload a memory!
Share A Memory
Send Flowers