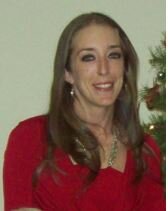 On August 30, 2021, our lives changed forever when my beloved daughter, devoted mother, sister, aunt, cousin, and friend went to sleep forever in her Sterling home. Crystal was 40 years young.

She was preceded in death by her sister, Lee Ann Elsea, her grandparents, Barbara Ann Knott Horsman and Henry Muse Horsman, Jr. (Jack).

Born October 15, 1980 to Elizabeth Anne Elsea and William Leon Elsea in Loudoun County, VA. She was the youngest of three children. Her parents separated when she was a newborn and Crystal, her sister and mom moved in with her grandparents for the first two years of her life. After that, they moved into their first townhouse where she, her sister, and mom made a home for themselves. As a small child and a teenager there was never a worry in the world. She was always such a happy child. We made some wonderful memories together as a family.

In November 1999, she gave birth to her first child, a son, Jasias David Elsea. As a matter of fact, she and her sister gave birth the same day. What an exciting day that was for everyone. In January 2008, she gave birth to her daughter, Sophia McKenzie Elsea. She was so excited that she had a little girl. She couldn’t wait for the ponytails and braids. In April 2014, she gave birth to her second son, Michael Henry Elsea-Dadzie. This was her sweet baby boy and her last child. Her children were always her number one priority no matter what was going on in her life.

As she was growing up, she became an animal lover. She would bring home any animal in distress. Sometimes mom would need to explain that the animal could not be saved. She would be heart broken, sometimes for days. As she grew older, she was employed by a veterinarian office where she shadowed a woman who taught her how to groom dogs. This became her passion. Crystal went to work for Dog Days Playcare in late 2004, where she had the best boss and friend. During her tenure at Dog Days, she worked towards the goal of becoming a Master Groomer. She only needed one more certification for her Masters in grooming.

She loved spending family time with her kids, having fun with family, holidays, gatherings, going on outings with the kids, laughing, joking around, and just being a big kid herself. She loved spending time with her sister, Jennifer Lynn Elsea, and making memories which will always have a special place in her sister’s heart. She would talk to her mother every day and make sure she was okay. She would always ask her mom to cook for her. Mom’s chili was her favorite food. She enjoyed being around family and friends.

Crystal was diagnosed with breast cancer in 2016. She fought a courageous battle for 5 years. After 2 years, her cancer metastasized to her liver and then to her bones. She had a hard battle to fight and always stayed so positive. She was a real warrior!

In lieu of flowers, we are asking that donations be made in Crystal’s memory to either organization below:

My dear sweet baby girl, you will be missed but never forgotten!  Mommy

Share Your Memory of
Crystal
Upload Your Memory View All Memories
Be the first to upload a memory!
Share A Memory
Send Flowers